Motorsport Games, Codemasters and the FIA's World Rallycross Championship are teaming up for the Esports Invitational, an event that gives online racers an opportunity to challenge pros on DiRT Rally 2.0.

We always figured our thumbs would get yoked if we ever had to hunker down at home for any extended length of time, and in light of the current global unpleasantness, all of our gaming platforms have been compelled into almost nonstop service. Now here's another reason to risk permanent digital damage; the forces of video game companies Motorsport Games and Codemasters and the FIA's World Rallycross Championship are joining up to put on the World RX Esports Invitational Championship, an event that gives online racers an opportunity to challenge pro drivers on DiRT Rally 2.0.

Official World RX drivers will be taking part in the championship and fans around the world are being encouraged to earn a place on the grid against these hot shoes when a qualifying event goes live on DiRT Rally 2.0 on PC via Steam March 28th. The top drivers who complete the six-lap race around the Circuit de Barcelona-Catalunya in the fastest time will be invited to take part in the live streamed showcase.

This isn't the only virtual racing Motorsport Games is involved in these days, either. The video game company is now operating and broadcasting the #NotTheGP series, as well as the eNASCAR Heat Pro League, Le Mans Esports Series, and the DiRT World Series. 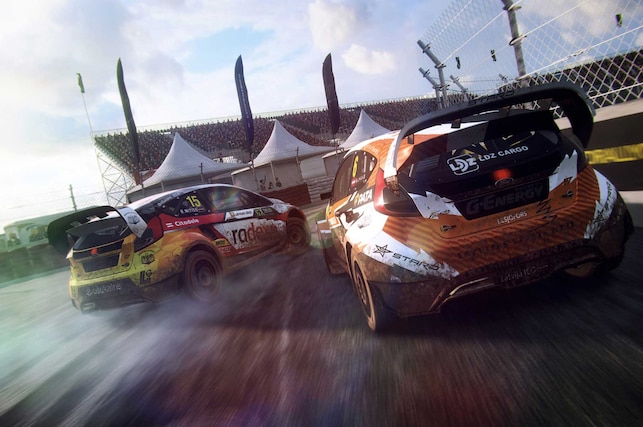 "With so much of the sporting world currently unable to compete, it's great to see the gaming community come together for virtual tournaments, which offer some light relief during these uncertain times," explained Ross Gowing, Game Director of DiRT Rally 2.0 at Codemasters. "We're excited to be a part of the World RX Esports Invitational Championship and look forward to seeing pro drivers and fans take to DiRT Rally 2.0 in a competitive, yet fun, environment."

In order to enter, PC Steam players should go to the 'My Teams' section of DiRT Rally 2.0 on the 28th from 10:00 AM GMT / 6:00 AM ET / 3:00 AM PT and select the specially-marked promotional FIA World Rallycross tile from the Events screen. Further rounds of the championship will be held on the dates of selected events of the 2020 FIA World Rallycross Championship that have been postponed. The first race, the Barcelona World RX Esports Invitational, will be held on Sunday, April 19th, again using DiRT Rally 2.0 on PC via Steam.

Get the Best Deal EVER: Stream MotorTrend For $1 A Month
SuperStreetOnline features