Get to know the Honda that gave Ferrari its first real bloody nose.

Yes, this is entitled "Acura NSX," but for our readers outside of the United States that name might be nails on a chalkboard, considering we're the only weirdos who don't know it as the Honda NSX. Regardless of what you call it, it's high-time we did a full breakdown of Honda's legendary mid-engine super-sports car.

Surprisingly, the modern narrative that the NSX was a more usable, reliable, comfortable, and all-around pleasant alternative to the usually moody and unruly Ferraris and Lamborghinis of the same era is not revisionist history. From the get-go, beating Ferrari at its own game is precisely what the NSX was built for, and it achieved that original goal to a stunning degree.

NSX: From Concept to Reality

During the development phase of the NSX in the late 1980s, precedence was given to usability over the traditional drawbacks that accompanied such a level of performance, including daily niceties like comfortable seats, a large pedal box, ample interior space, and sound deadening. A mid-engine layout was decided on early, incorporating the industry's first-ever use of an aluminum semi-monocoque design in a production car. Slotted into this aluminum framework was the naturally aspirated 3.0-liter C30A V-6 designed for the NSX from the ground up, mated to a five-speed manual transmission or four-speed automatic. Not only was this one of the earliest implementations of Honda's VTEC variable valve timing system, but the introduction of the NSX on our shores marked the first time VTEC was made available in the U.S. 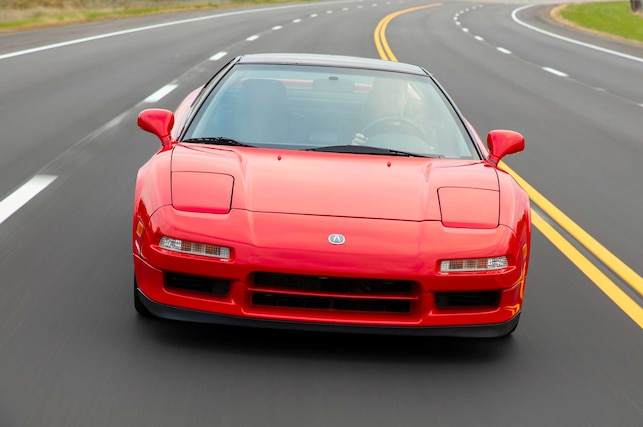 Performance was strong, with 270 horsepower and 210 lb-ft of torque returning a 0-to-60-mph sprint in the high-four-second range to low-five-second range, with a top speed of 163 mph. Handling was rather exceptional as well, thanks to the now-legendary test session with F1 ultra-star and three-time world champ Ayrton Senna. After deeming the chassis a bit too "delicate," Senna sent the engineers back to the drafting board to stiffen the skeleton by an additional 50 percent. After final approval from both Senna and Indy champ Bobby Rahal, the NSX's capacious appetite for curvy tarmac was cemented.

Honda more-or-less replaced the fixed-roof NSX coupe with the introduction of a targa-roofed variant known as the NSX-T in 1995, leaving coupes relegated to the "special order" forms. Aside from the new roof, the NSX-T incorporated a new limited-slip differential for manual transmission models and a raft of suspension improvements across the board. The first major update arrived in 1997; the 3.0-liter V-6 was punched out to 3.2 liters, now spitting out 290 horsepower and 225 lb-ft of torque, managed by a fresh six-speed manual transmission and upgraded chassis.

The final update to the first-generation NSX arrived in 2002, bringing primarily aesthetic and suspension changes rather than a full mechanical overhaul. The coupe was completely discontinued in the U.S. at this point, with the targa-roofed NSX-T the only option. Visually, the refresh brought the NSX closer to its updated competitors—especially with fixed headlights as opposed to pop-ups—but the NSX's sales failed to impress, and the sports car left the U.S. market for good in 2005.

An NSX For The 21st Century

That is, until the second-generation NSX arrived in 2016. After a cat-and-mouse game of teasers, concepts, updates, announcements, and promises, an all-new NSX landed at the 2015 Detroit auto show. Contrasting the original NSX's focus on low weight and a pure driving experience, the second-gen. NSX sports a hybridized powertrain made up of a twin-turbo 3.5-liter V-6, dual-clutch automatic transmission, and a trio of electric motors. 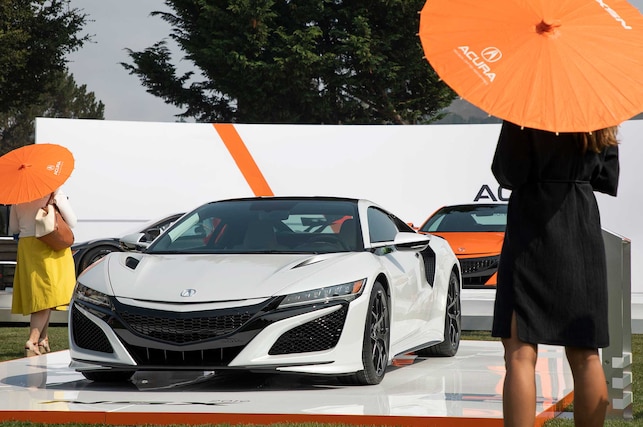 It wasn't the Porsche Cayman-esque sports car Honda enthusiasts hoped for, but the new supercar achieved almost identical goals to what the original NSX set out to do. As before, the NSX matched—and sometimes exceeded—the performance of similar exotica, with a mighty 573 combined horsepower and 476 lb-ft of torque on tap from the hybrid drivetrain. The 0-to-60 mph dash happened in under 3.0 seconds, and the top speed of 191 mph is suitably lofty, if perhaps 10 mph behind some of its nominal rivals. All this, while being as quiet, placid, reliable, and eco-friendly as an Accord Coupe.

Unfortunately, the new NSX appears to replicate the original's sales success as well. Not many NSX's have been sold despite excellent pricing, but Acura has hinted at variants coming in the future that might spark additional interest.

No list of the all-time automotive greats can be considered legitimate without a large entry dedicated to the Acura NSX. Arriving at a time when driving a Lamborghini or Ferrari was almost on par with riding the animals adorning their badges, the NSX turned the performance sector on its head. Here was a car that looked like a Ferrari, sounded like a Dino, sipped fuel and required maintenance like an Accord, rode like an Acura, and drove like nothing else.

In every sense of the phrase, it was a world-beater. Thirty years on, automotive media still can't shake its love for the original car. We'd say there's been nothing like it since, but in this era where both sports and supercars have to do everything for everybody, we'd say most current sports cars take a page from Honda's original masterpiece. 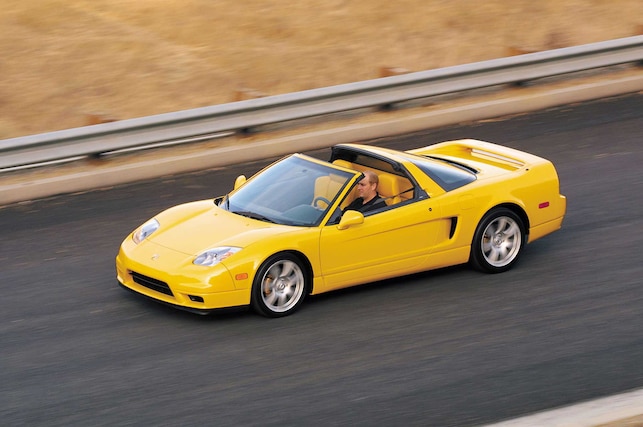 Wait, what are we saying? The NSX is still very much alive, and while not impressing quite as much as the original did three decades ago, still has the chops to blow back our hair and crack a massive grin on our face—and to win our sister site Automobile's All-Star award. Even with a hybridized drivetrain, all-wheel drive, and a dual-clutch transmission, the NSX is special. So special, we hope it sticks around for another 30 trips around the sun.

Owing to its Honda heritage, there isn't a whole lot mechanically to watch out for with the first generation of NSX. Of course, this is provided that maintenance was kept up over the years, and you don't buy one of these mid-engine stunners with a salvage title or collision damage. Since most of the NSX is composed of aluminum, rust isn't a major issue, but keep an eye out for dinged panels, bent componentry, or evidence of repair.

As long as belts have been changed every 90,000 miles and oil is swapped regularly, don't shy away from 100,000-mile-plus examples if you can handle the aesthetic wear and tear that usually accompanies a car of such distinction. As always, get a pre-purchase inspection by a local specialist before you sign the title, and if you don't like maintenance surprises, make sure you spend time looking for the right car—and be prepared to walk away from a stinker.

On the subject of which NSX to buy, we hope you weren't dreaming of an NSX-R or NSX Type-S. Those were never sold Stateside; the closest you're going to get is the rare Alex Zanardi Edition from 1999. With upgraded suspension, wheels, and manual steering, this is the only enthusiast-special original NSX we ever got, and you're going to pay a pretty penny for the privilege, since only 51 examples were built.

If you do pick up a clean NSX, you might want to hold onto it for the foreseeable future. Like other Japanese performance cars of the 1980s and 1990s, these are going nowhere but up. Expect most clean NSXes to hover above the six-figure mark in the next decade. You have questions about the Acura NSX. Super Street has answers. Here are the answers to some of the most frequently asked Acura NSX queries:

Is the NSX a supercar?

If it's the first generation of NSX we're talking about, we'd say it's more of a sports or super-sports car than an outright supercar. Now, if you mean the current NSX, then yes. The second-generation NSX is more than potent enough to be considered a true supercar.

How fast is the NSX?

Top speed of the original NSX was a heady 163 mph, and the second-gen NSX won't stop pulling until 191 mph.

Is the NSX a Honda or an Acura?

It's both! In the U.S., it's only sold under the premium Acura nameplate, but everywhere else, it's labeled as a Honda.

Is the NSX a hybrid?

We assume you mean the second-gen and current NSX. In that case, yes—it's a hybrid. 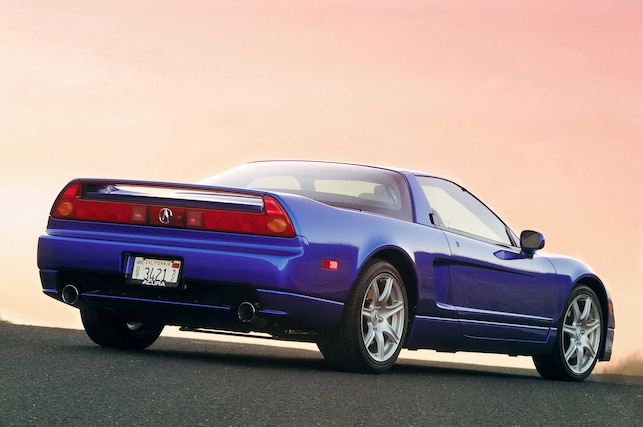 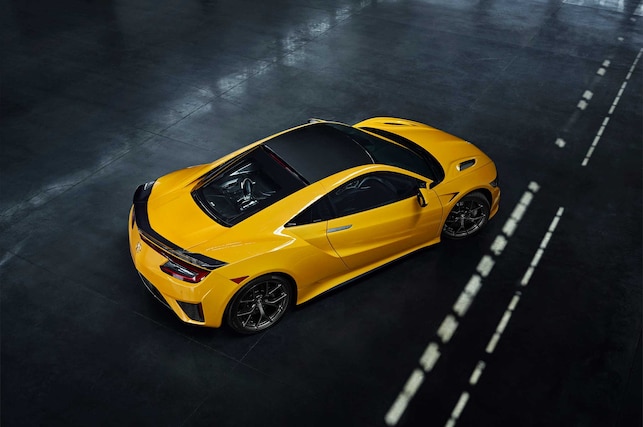 Saved by Senna - History and Facts About the Acura NSX
Photo /

Honda Tuning
Weighing In on the Nissan 400Z Proto
Here's a rundown of what each of the Super Street Network staff think about Nissan's latest and greatest
Rodrez – Sep 16, 2020