Super Street: Anytime we talk about a vehicle prototype, the overwhelming response, once some of the initial smoke has cleared (and people are done cursing out the manufacturer and demanding that their design team be fired immediately), centers heavily on claims that the production car will look nothing like the demo car. In some cases, that's certainly been true. Design exercises intended to generate hype do their best to garner interest and, in the end, the finished product is a far cry from what fans were served in the lead up. In the case of the next generation Z, the demo car looks to be spot on.

Recently getting ahold of some patent images reveals a spitting image of the car most are unofficially referring to as the "400Z." The release of the Z-Proto drummed up quite a bit of controversy with some despising the multiple nods to Z-cars of the past, and others appreciating Nissan's ode to the Z-lineage. Regardless of which side you're on, the wheels are in motion and this new chassis, with its manual transmission and unique combination of past and future styling changes is on the way. This just makes it all the more official. 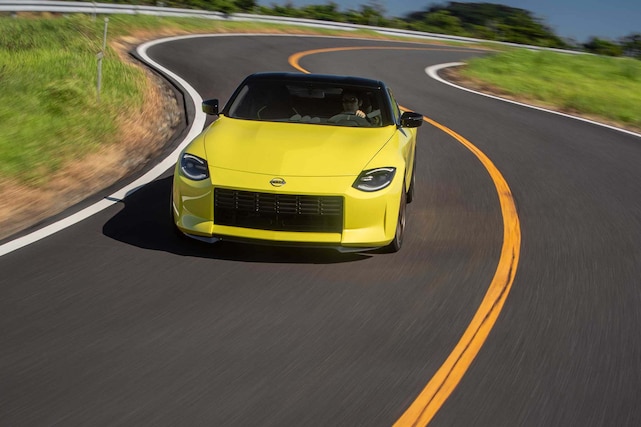 MotorTrend: It's safe to say the next-gen Nissan Z is one of the most hotly anticipated cars. The Z Proto concept broke cover last year and brought a wave of excitement with it. Despite some speculation that Z Proto was just a 370Z underneath with some more handsome bodywork layered on top, we're still excited for the next member of Nissan's Z family tree. But what we all wanted to know was just how closely the production car would resemble the show car.

Thanks to a set of patent images that were found lurking around an Australian patent site, we now have a pretty good idea of what the production car will look like. Design number 202015053, as it's referred to on the site, is most definitely the saleable version of the car we expect Nissan to sell as the 2022 400Z. For lovers of retro-modern design, the news is good.

Even though it very closely resembles the Z Proto, there are key indicators that this is the production version of the car. The radar sensor for systems such as adaptive cruise control (something the Z Proto didn't have) is clearly visible in the lower part of the front intake. Additionally, the headlights are shaped slightly differently, there are emergency keyholes in the doors and in the rear liftgate in the event the battery in the car's remote dies, and there are cutouts for reflectors (a requirement in the United States and many other countries). 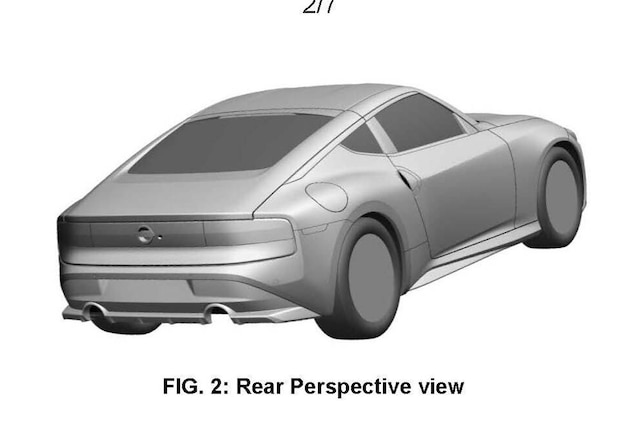 If these patent images are to be believed, the 2022 Z will also keep its retro taillights that were inspired by the old Nissan 300ZX, as well as the hood bulge that inspired by the original 240Z. We also hope other small, retro details make their way to the production version, such as the Fairlady badge and the almost-but-not-quite circular daytime-running-light design that harks back to the headlights of the 240Z and 280Z.

It looks like the next Z is shaping up to be a heritage-rich, yet thoroughly modern, sports car. We can't wait to get behind the wheel.