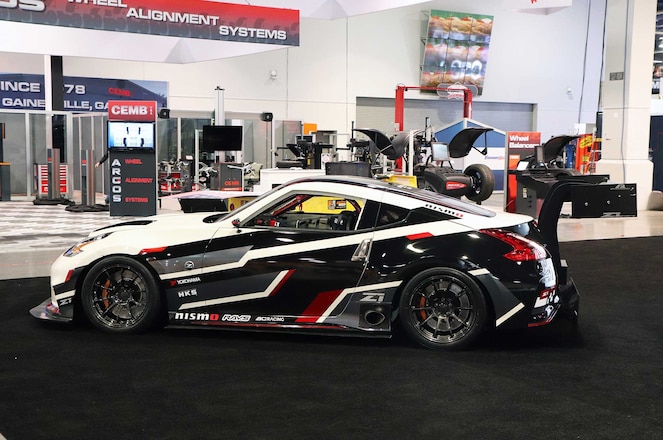 The Nissan booth at SEMA was at the back of the Las Vegas Convention Center's South Hall, and about as far out of mind as anything not an A90 Supra at the show. But that didn't prevent the automaker from tapping Z1 Motorsports to pull out all the stops on a time-attack 370Z build, which broke cover at the show. Among its many strengths, the Z34 is kitted out in the latest NISMO race equipment, an effort to illustrate the strength and durability of Nissan's in-house tuning parts.

In fact, there are NISMO bits employed in every area of the Z, it seems, by design we imagine since Nissan has really been trying to push its motorsports arm's parts catalog. In a custom V-mount setup, the Z1 team are using a modified "dual-pass" NISMO radiator, and in the drivetrain the shop is using a GT Pro 1.5-way differential in a severe duty housing, a final drive rear floor cover, differential cover, differential cooler, and solid differential bushings. The Z34's front knuckles and hubs have been swapped to NISMO R35 GT-R versions, and you'll also find NISMO front upper control arms, tie rod ends, rear camber arms, traction rods, toe rods, a differential bushing, subframe bushings, and anti-sway bar under the car. The OMP HRC-R Carbon Air FIA race seat is draped in a NISMO 6-point competition race harness, and outside the car the modified 2020 body work, facia duct kit, titanium lug nuts, and M14 extended wheel studs are all NISMO. 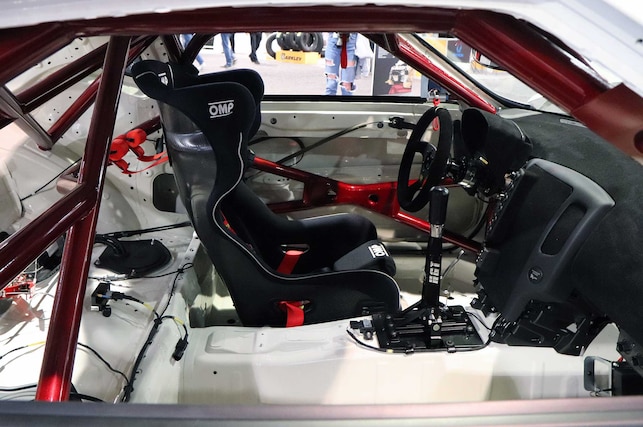 Z1 says the 2010 chassis used to belong to Z racer and IMSA team owner Tim Bell, who initially was prepping it as a backup car. It was never completed, though, and after sitting for years, Z1 picked it up, had Old Spool Performance fab up a cage for it, and began transforming it into a proper race car. The fully-built, now-twin turbo 3.5L V6 VQ35HR under hood is from the Infiniti Q50 Hybrid, used for its unique cylinder head and all hydraulic cam phase control (and both of which are now modified), and the 370Z also ditched its factory gearbox for an HGT sequential trans. The parts list is kind of staggering considering this is not even an Unlimited Class entry (Z1 has stipulated this is a "Limited Class" car). For a thorough unpacking of the project, check out the entry on Z1's blog. 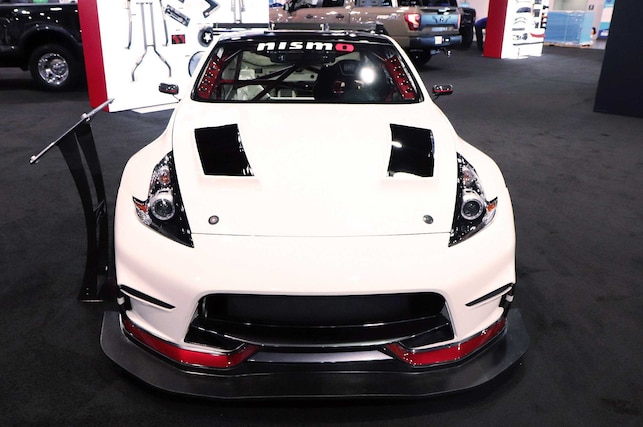 Limited RWD better look out—Z1 Motorsports mean business with this twin-turbo Z34. And we won't have to wait long to see it perform—the team and car are headed to the 2019 Super Lap Battle x Global Time Attack Finals this weekend, November 15 and 16, at Buttonwillow Raceway Park in California.