Inspired by a legendary JDM car crew, this SoCal NSX widebody finds its way in front of the camera for Travis Scott's JackBoys.

The first generation Acura NSX came in a variety of configurations during its 15-year run. Only about 18,000 were built, making this mid-engine marvel, that's been massaged by the hands of Formula One great Ayrton Senna, one of the most sought-after '90s-era sports cars today. Its C-series, V6 VTEC engine was praised early on for its technology and reliability, but was never a powerhouse; however, a lightweight aluminum body and chassis along with a fully independent cast suspension and titanium connecting rods were just some of the things that made the rear-wheel-drive NSX a race-bred winner that could hold its own at your local track and backroad canyons. These reasons, along with a rich history in modified JDM car culture is exactly why Anthony Valenzuela picked up this particular 2001 six-speed model four years ago. 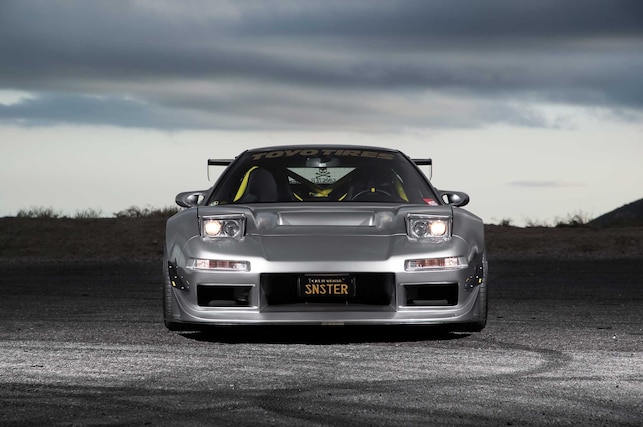 I'd met Anthony on multiple occasions at events across Southern California which include our very own Supra One Night Stand car meet and a Guess Jeans pop-up car show that we helped organize in downtown L.A. Anthony's NA2 is admittedly a show car and weekend cruiser, but that doesn't mean it lacks function.

The 3.2-liter C32 engine is perhaps the weakest link of the project with 320hp on tap - just 30 ponies more than stock thanks to an ARC intake and exhaust, and Comptech headers. What's more interesting about his car, however, is the combination of JDM style and chassis performance. No, it's not a straight line car (and the NSX was never meant to be) and where it excels is in the corners where BC coilovers with stiffer Swift springs are installed and StopTech big brakes and ultra-wide 18x9.5" front, 18x10.5" rear Volk Racing TE37 wheels are matched with 100-treadwear Toyo R888R tires. 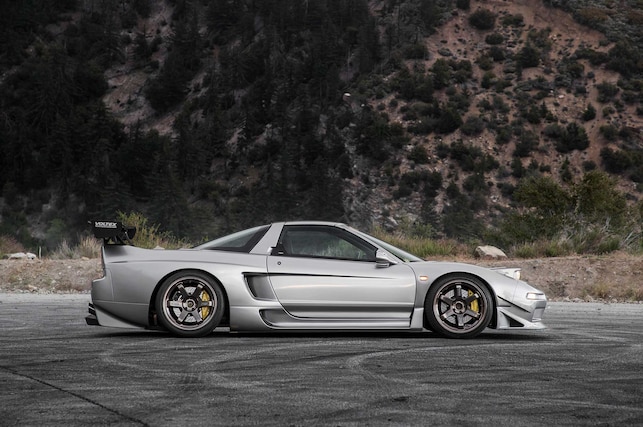 The extreme aero from the Voltex wing to the widebody, splitters and canards are all intended to improve track width and downforce which both play an important part when it comes to grip and handling. To the critics, Anthony's car might just look like a trailer queen and if it wasn't for me witnessing him going up the canyon roads for our photoshoot, I would have never believed it myself. This NSX can rip!

Anthony debuted the final look of his T-Top NSX at the 2019 SEMA Show in the MFR Engineering boot, but perhaps what's got people excited is its recent appearance in Travis Scott's JackBoys compilation music video "Gang Gang". Currently the video has almost 30 million views, and the numbers are still climbing. Sure, it might only be a short cameo, but being recognized by one of today's biggest hip-hop stars is no small feat, and we gotta give props where props are due. 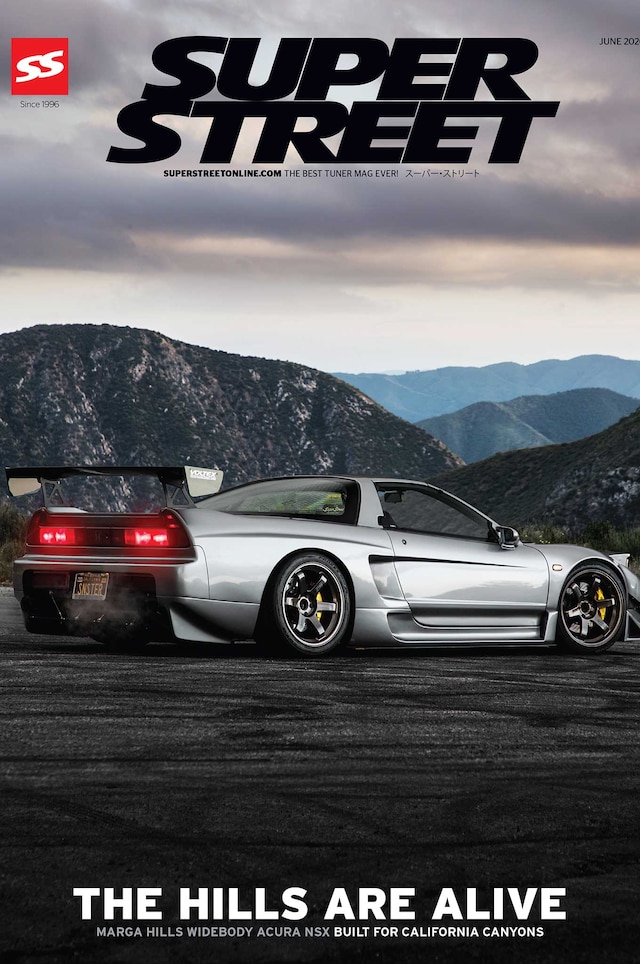 1-ON-1 INTERVIEW WITH ANTHONY

First things first, how'd you end up in a music video with Travis Scott and Sheck Wes?

I was invited by Jonathan Oregon at Enticed Motorsports to the video shoot. Travis is a big fan of JDM and older tuner cars, so it was a cool experience and nice to see our cars in the video.

I'm jealous! And you're on a first name basis with Travis now? Just kidding... So why the NSX?

The NSX was a dream car when I was a kid, so it was always on my list of must-owns. This is my second one. My first just had wheels and suspension about 17 years ago. This is my first full custom build. 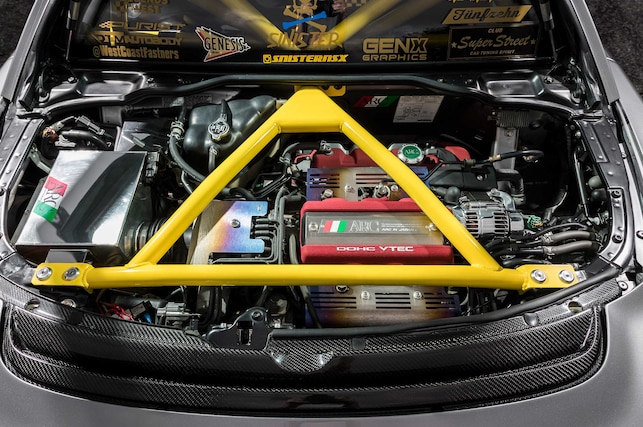 Now that you're a bit of a seasoned NSX owner, what was the whole theme and inspiration behind this one?

It's definitely themed after the Team Top End NSX crew in Japan. One of the NSXs had a full Marga Hills body kit and it always stuck in my head. Team Top End was very popular in the '90s and well known for having highly modified NSXs. I have a DVD titled Grip Video that has a story about them. I've kept it all these years in hopes to build a similar style NSX. They were known for racing up and down the wangan and meeting at Daikoku Futo.

I can't say I've seen a Marga Hills NSX outside of Japan. The last two we shot following our 2015 Tokyo Auto Salon trip featuring Jun Saitoh and Yoshinobu Yamamoto. Can you elaborate more on what makes the kit/brand so special?

The Marga Hills body kit was designed and developed in a wind tunnel, then also race proven in Japan. I built my NSX with this kit since it would be the only one on the West Coast and I didn't want my car to look like anyone else's. DTM Autobody performed some custom touches to the kit, like the side skirts and the rear spats have been molded to clean up the lines and make it just a bit different.

But it didn't end there, right?

Correct. Mike at MFR Engineering is known for making aero parts for race cars. Recently, he expanded his business and started building aero for show cars, hard parkers and for cars like mine—occasional canyon cruisers. All of my parts are chassis mounted and are made of very high-quality aircraft aluminum, able to stand up to abuse. My kit consists of front and side splitters, plus a rear diffuser all meant to keep the car stable at high speeds. I also have some front canards to further assist in downforce on the front end.

Surprising you kept the stock color after goin' widebody...

I kept the original color Silverstone Metallic since it's not seen too often, and I think it complemented the body lines of the kit. 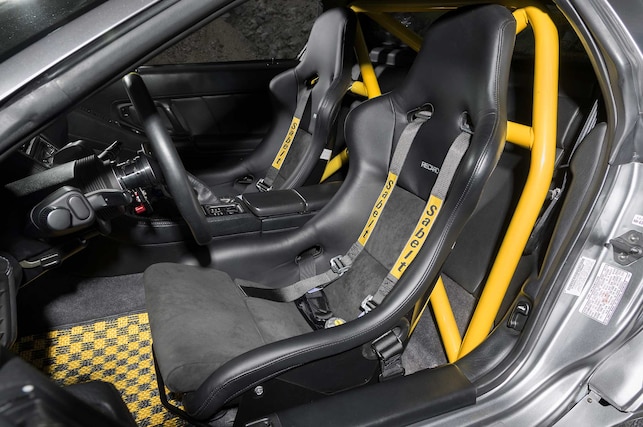 Touche. I noticed the interior looks pretty boss with that 'cage and those Pole Position seats.

Yes, the rollcage is a custom 'cage built by Studio RSR. It's connected to the rear engine brace and to my knowledge, it's a one-off. The plan is to work on the rest of the interior with Alcantara and carbon everywhere. The Karo floor mats are custom pieces the company did for some left-hand-drive cars.

Are there any other modifications you'd like to highlight or plan on doing?

The ARC parts are very rare and the suspension is a Stanceparts air cup lift system over my BC coilovers. Doesn't sacrifice performance but definitely needed to clear my own driveway. Next plans would include a more track-focused suspension and possibly a turbo kit in the near future built ty Enticed Motorsports. 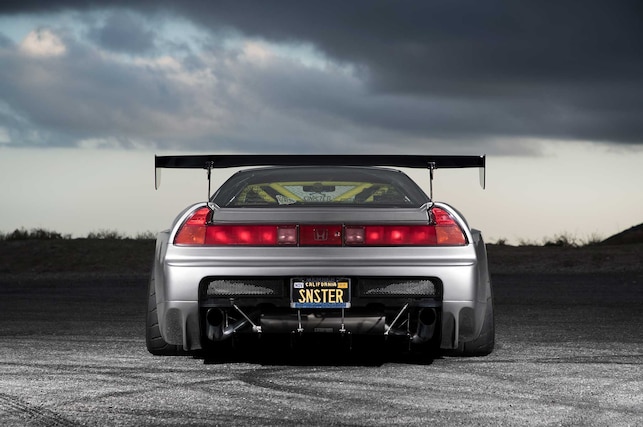 Right on! Last but not least, I can't believe that I've known you for so long and didn't realize you're in law enforcement.

I've been a deputy sheriff for over 18 years and not many co-workers know about my car since it's not daily driven; however, you would be surprised about how many police officers are car enthusiasts. We are just like every other car enthusiast, have a passion for cars and like hanging out with like-minded friends, for example everyone from Team Sonkei Blue.