Just a simple wagon to haul the family around town in … with 500whp. 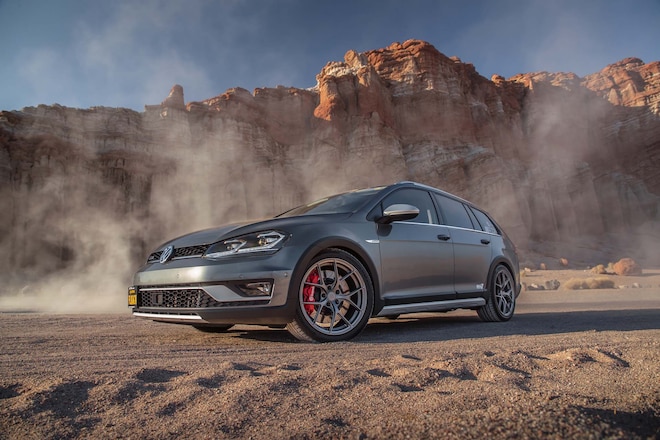 A 2017 VW Alltrack is universally noted as a safe, reliable commuter, ideal for hauling around a growing family, and that's exactly why owner Chris Chee decided on the purchase. Having scooted around for years in a Mk6 GTi that, coincidentally, joined us back in 2015 during our european car GP track event, it was the announcement of his new baby that pushed him toward the roomier, more utilitarian AllTrack. 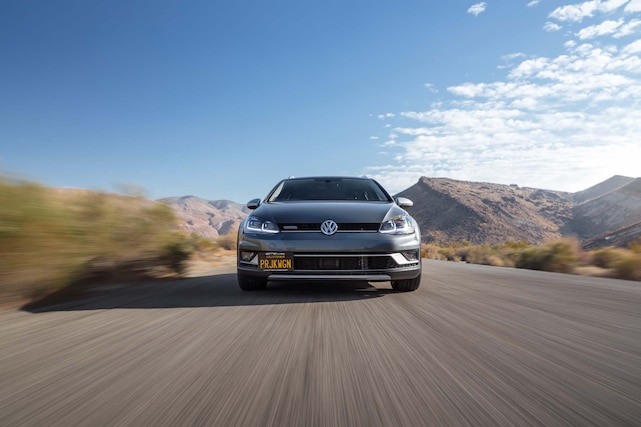 AWD and armed with an "efficient" 1.8L, the wagon isn't a terror on the tarmac, and it wasn't intended to be. In fact, Chris notes that his intention was to leave it stock, and with so few tuning options for the factory engine at the time of purchase, he had an edge in keeping that promise to himself with a lack of off-the-shelf goodies to constantly tempt him. Chris being Chris, however, he stopped by AU Tuning - the all-things VW, Audi, Lamborghini, Bentley and Porsche-related specialists - and a lengthy chat led to discussions of a swap making its way to the wagon. The seed firmly planted, Chris decided to greenlight the project and go with a 2.0L Mk7 GTi engine swap, and even got a helping hand from CTS Turbo to help add a few "extras" to the project.

Not unlike Honda and Acura chassis that offer user-friendly, cross-platform parts swapping, VW's MQB platform lends itself to borrowing engines, transmissions and various components from different branches of the family tree. In that aspect, mechanically, the swap was straight forward with a complete engine, turbo, ECU and engine harness all found at a yard, and AU Tuning making quick work of bolting everything together beautifully. As is often the case, the project ran into some issues when it came time to get it up and running. "The fun of modern-day electronics," Chris states. "The ECU was freaking out and not accepting the rest of the modules in the vehicle. David at AU started swapping out different modules like the BCM (Body Control Module), instrument cluster, gateway module, ABS, etc." The constant changes made for as many "aha!" moments as it did "oh crap" scenarios. "Every week it would be something works but something else isn't. Car starts, but won't shift out of park, or it's only FWD." Figuring out the issues was becoming exhaustive with AU not having their ODIS account (VW and Audi diagnostic/reprograming system), they were towing the wagon to the dealership every week to work on coding everything, costing hours of crucial time. The team decided to take a break for a few months until their ODIS account was set up to avoid the dealer visits entirely. 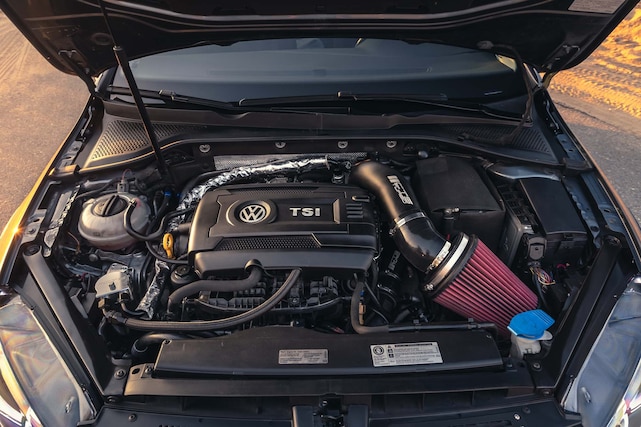 During that hiatus from the project, the gears in Chris' head continued to turn. He adds, "I decided to just jump on a CTS BOSS600 GTX3071r turbo and the MPI fueling. The car wasn't even driving yet but we were already committed, so might as well go for a 500whp goal!" It might seem far-fetched, adding more performance-related parts to a build that was struggling to actually fire up, but one day, everything clicked. "Not sure what magic Dave used but he was able to trick the ECU into playing nice with the rest of the vehicle." After all was said and done, the only actual parts used from the GTi were the engine, ECU and engine harness, the rest of the parts used for attempted fixes are collecting dust at AU.

You Need More Wagon in Your Life:
S4-swapped Audi Allroad

Light at the End of the Tuning

Now with everything working properly, that GTi ECU could be manipulated with COBB's AccessPort. The group at COBB also offered a helping hand in unlocking the AllTrack DSG, and with AU serving as a ProTuner for the brand, they were able to fully dial in power production and delivery, and at full tilt, the 2.0L met the 500whp goal. Along with the aforementioned turbo upgrade, CTS also provided their engine and transmission mounts, intake kit, intercooler with charge piping and a downpipe that leads to a Milltek exhaust. 925cc injectors backed by an A2B Motorsport RS3 brushless fuel pump supplies the necessary E85 to nail that number safely. 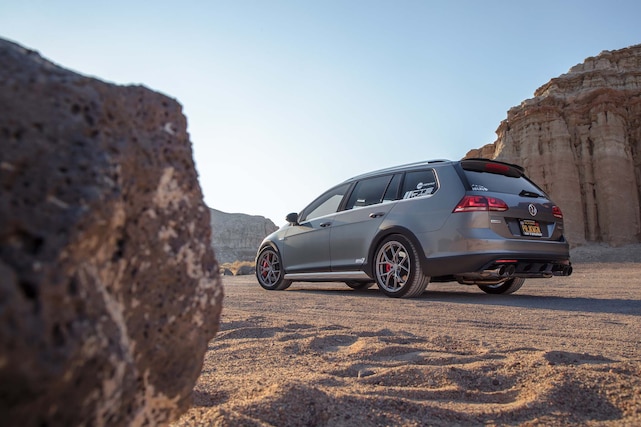 In keeping with the theme of a "dad-mobile-plus," you won't find a wild mix of aero bits tacked to the wagon's body, and other than the Golf R Variant rear diffuser and side wings, it remains entirely stock. Even dads need to ditch those factory wheels and fortunately, Titan7 stepped in to offer their T-S5 wheels in user-friendly 18x8.5 +44, which are wrapped in Hankook V12 rubber. To eliminate some wheel gap and help control the newfound boost in power, Bilstein's PSS10 coilovers were called into action. A build is only as safe as its braking power and to that end, Race Technologies supplied Brembo GT 6-piston calipers and pads, while in the rear, the stock pads were replaced by GTi Performance Pack versions.

The cabin, like the exterior, remains almost completely stock, other than a pair of GTi bucket seats, Defi boost gauge and, in proper dad fashion, most likely a pair of spotless white and blue New Balance or Nike Air Monach IV "sneakers" in the storage area - just in case a hankering for some Olive Garden hits while on the road (you know it's unlimited breadsticks, right?) 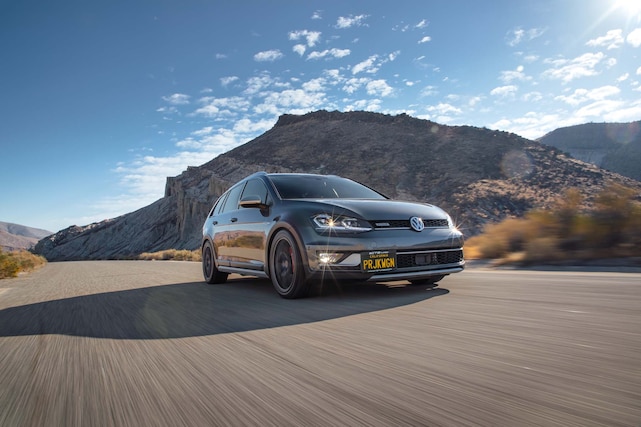 Whenever the term sleeper is brought up, unless the car is 100-percent stock on the outside, people tend to be up in arms about the very thought. Suffice to say that a VW AlltTrack with wheels and exhaust cruising down the street probably isn't packing three times its factory output the way Chris Chee's wagon is, so in our eyes, this definitely fits the category. It was a lengthy, often frustrating journey, but it's safe to say the project is right where he wants it for now. "The goal was my own version of the Golf R Wagon but better. This is my daily driver, kid hauler and Lowe's loading commuter. It starts up and idles like it did when it was stock but is track ready. Once things get back to normal, the car will see track time and also see what it does on street tires at the strip. Then, next up are rods, pistons and more fueling. Nothing to push it past reliable power though."

Thank you: Thanks to my wife for not hitting me when this project went on longer than expected. Thanks to Dave and Raz at Auto Union/OC Tuning for the skill and patience to do this. Nik and Clay at CTS, Eddie and Jimmy at Titan7, Jenna at COBB and Danni at Race Technologies, for all the support.