While six records were broken at Super Lap Battle x Global Time Attack Finals, the car that instilled the biggest smile on our faces and gave us the most pleasure watching on Buttonwillow Raceway was the Spoon Sports Honda Civic Type R. Why a front-wheel-drive Honda Civic? It isn't because this car was going to be the fastest car of the day, but because of the car's roots and mission at SLB that made it special to us.

First off, this FD2 wasn't built here in the States but was engineered in Japan and previously campaigned by 5Zigen, where it achieved time attack stardom. We're talking about the FF (front-wheel-drive, front engine) record for fastest lap time at Tsukuba Circuit—it's kind of a big deal! If you haven't heard of Tsukuba, it is perhaps one of the most famous road courses in all of Japan where tuners have aimed to set lap records for many years, not to mention the track is probably playable on every video game today. In previous configuration under 5Zigen, this 500+whp FD2 clocked in a 58.222-second lap on Tsukuba's 1.27-mile-long course driven by Oi Takashi. To put that into perspective, a stock Nissan GT-R does the track in about 1:02—this ain't your typical Honda!

Since the Civic set the FF record, Spoon Japan acquired the car and teamed up with Spoon Sports USA to bring some excitement to time attack fans here in the U.S.—if you can't tell already, we're pretty stoked about this car! Before being put on a container to California, Spoon Japan's finest mechanics updated the car so it would follow more in line with their philosophy—lightweight, reliable, and efficient—plus, make the FD2 more competitive for the longer road courses we have here.

Under the hood is a 2.0L K20A that features a custom set of pistons and rods from 5Zigen, plus balanced internals with TODA Racing valvesprings and head gasket. Of course, all that engine work wasn't for nothing—boost is provided via an HKS T04S turbo and tuned with a MoTeC M800 ECU. A track monster is incomplete without a proper chassis so the FD2 received a special set of Endless/5Zigen race dampers and adjustable arms. Stopping power comes courtesy of Brembo four-piston calipers and an AP Racing bias adjuster, while Yokohama ADVAN A005 slicks provide all the grip the Civic needs. Spoon USA tells us when the car broke the record at Tsukuba, it had nitrous hooked up. Since then, Spoon has redeveloped the car and lowered the power to make 430 whp and 295 lb-ft of torque without the squeeze, however, making the car much more reliable and efficient. The aero has been modified as well along with an addition of a full flat underbody. The car tips the scale at 2,290 pounds. With an overall package that's still as fast as it was in Japan but better suited for the road courses here, Spoon Sports USA was ready to make its debut at our Super Lap Battle Finals.

With only a quick shakedown at Willow Springs Raceway a couple weeks prior to game time, Spoon Sports was feeling good about the car and targeted a sub-1:50 lap at SLB. The team arrived at Buttonwillow the day before for practice and had extremely high hopes as Spoon driver (and Formula D champion, I might add!) Daijiro Yoshihara threw down 1:46 times on old practice tires—times that would match the current Unlimited FF record held by Chris Rado and his Scion tC.

Come race day, the team mounted fresh tires and the car was driving much faster; however, the front splitter wasn't secured tightly enough for the additional speed and broke off. With a goal to beat the record that day, the damage to the aero resulted in slower times than the practice session the day before. The team's best time was 1:48.016, enough to win their category but a couple seconds short of their goal. 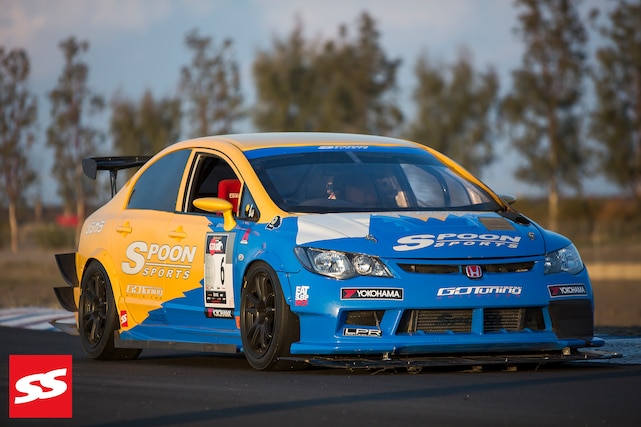 But fear not, time attack fans... Spoon Sports USA is making all the necessary repairs and has assured us they'll be back sooner than later to set an official record lap time. It's just a matter of time before they do! 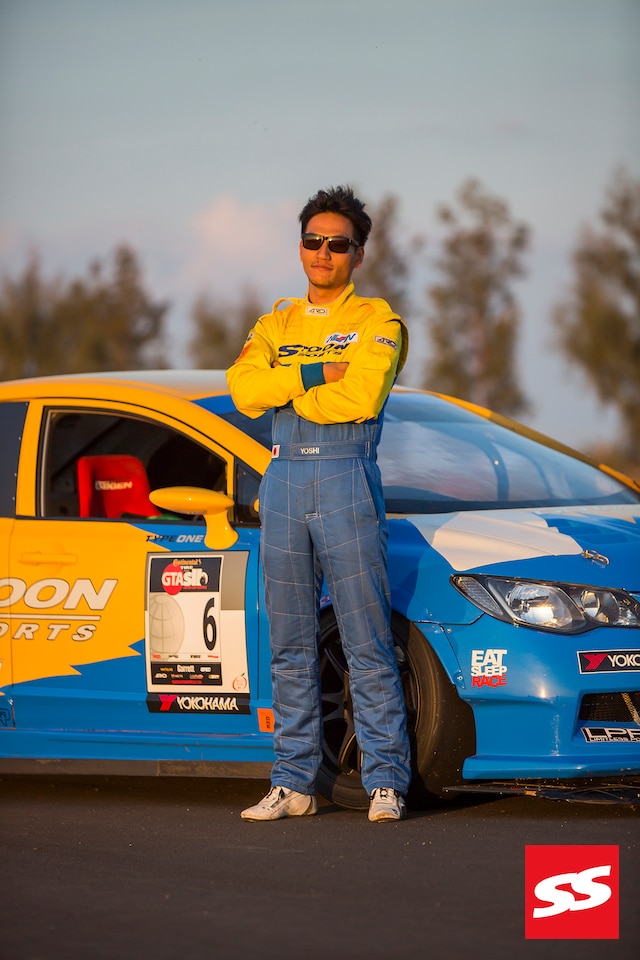