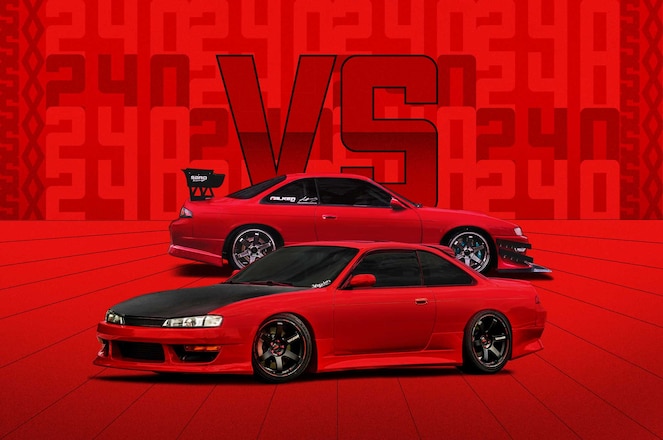 We've got a thing for the S-chassis and the mid-90s models just happen to be high on our list of bad ass cars to build. This week's battle pits two incredibly clean 240sx examples against one another and there's more similarities than just the chassis itself.

Both carry bright red paintwork, both sit upon the most popular wheel on the face of the earth and both are powered by Nissan-bred engine swaps.

So, which one outshines the other in your opinion? Head over to the @superstreet Instagram page to voice your opinion on these two stellar examples of the one of the most build-friendly chassis of the 90s. 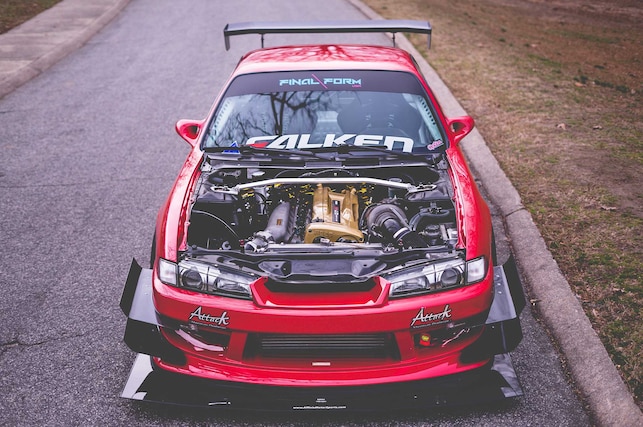 John Markadakis of North Carolina had his heart set on an R34 when he was in high school but soon realized how wild that dream really was. To supplement, he picked up this '95 240sx, went to an actual school to learn about engine building, got some hands-on experience and decided to build his own business, Affinis Motorsports. Full story here. 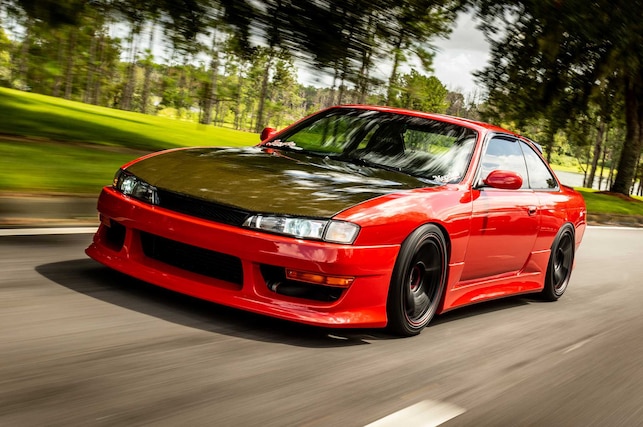 April Taylor started this build off on the wrong foot, errr, feet. A daily driver, it was an automatic that had taken a significant hit in a parking lot big enough to be considered "extensive damage." Rather than tossing it aside, April and her husband got to work tearing it down, straightening it out and building it into an SR20DET-powered showpiece. Full story here.