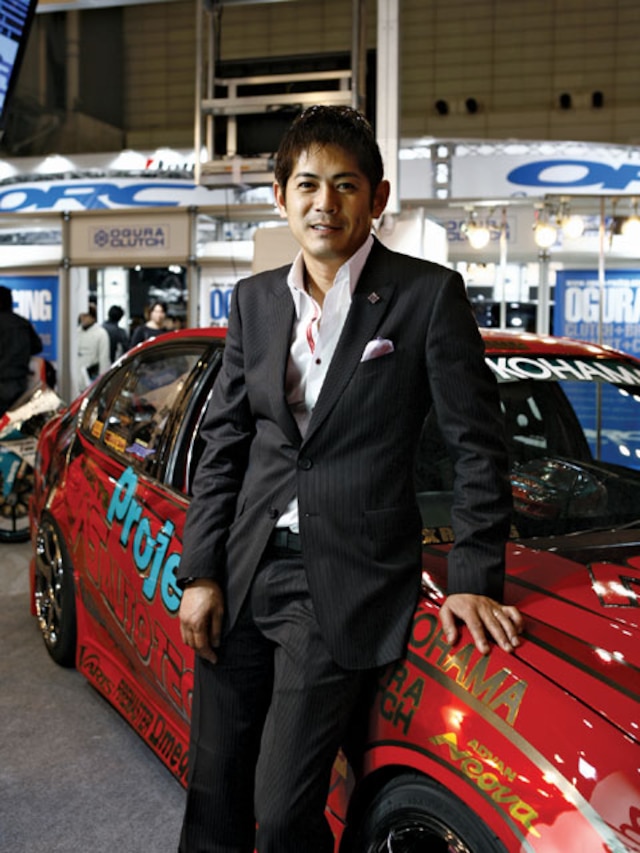 Step into the presence of Manabu Orido and you'll be treated to celebrity status. The man is legendary in Japan, both as a GT driver and for what he is most often recognized as: a drifter. He is cool and confident at all times, smokes cigarettes constantly, is dressed as if his life were a GQ fashion spread and carries a certain arrogance about himself in a way that doesn't make you want to hate him but actually makes you want to like him more. Orido knows his worth as a driver, but in recent years has dipped out of the limelight due to political forces in the Japanese drifting community that we probably shouldn't investigate, unless we care to lose a finger.

In that downtime, Orido carried on as a driver for the Super GT series. He spent more time at his restaurant so he could fine-tune his skills as a chef. He even mentored one of our local heroes, Dai Yoshihara, during the off-season with NOB Taniguchi; the three often play golf in the motherland. But he wanted so desperately to get back into drifting. "A few years ago, I talked to NOB and [Takahiro] Ueno about building identical drift cars that we could take to the U.S. so we could perform for our American fans," he says, "so I built this Aristo because of my relationship with Toyota. It's a high performance sports sedan that's perfect for drifting and it comes with a 2JZ motor. I think it's something everyone would like." But the Aristo was not built as an overnight sensation. It was during those years of seclusion-three years' worth, to be exact-that the car was often left untouched until Limit Line took over. In three months, the shop prepared the chassis to become the drift vehicle it is today.

Orido's Aristo made its grand debut earlier this year at the Tokyo Auto Salon and stuck out in grand fashion at Project 's booth, the Ferrari Red paint screaming for attention. The inside was no longer that of a passenger sedan but now of a drift superstar, due to Orido's fanatic move of fitting an actual dashboard from a Super GT Supra in place of the leather original, placing in molded/cut-to-fit sheets of carbon fiber as new interior trim and enough rollcage tubing to protect his ass during competition. The 2JZ build is mas fuerte, a collaboration of parts gathered from Orido's long-time supporters, with the biggest highlight circling around the T04Z turbo from HKS, responsible for helping out with the 690 ps it produces. Overkill? Only slightly, but Orido's never shied away from big power and clouds of smoke on the drift circuit; this car only proves that.

Orido's part of an exclusive group of drifters that has yet to make its big return to the drifting circuit. Taniguchi recently made a comeback; Ueno makes a cameo here and there. But Orido's car is here, ready and willing. We're just waiting for the man to play his part and take what is rightfully his. We're ready whenever you are, Orido-san.