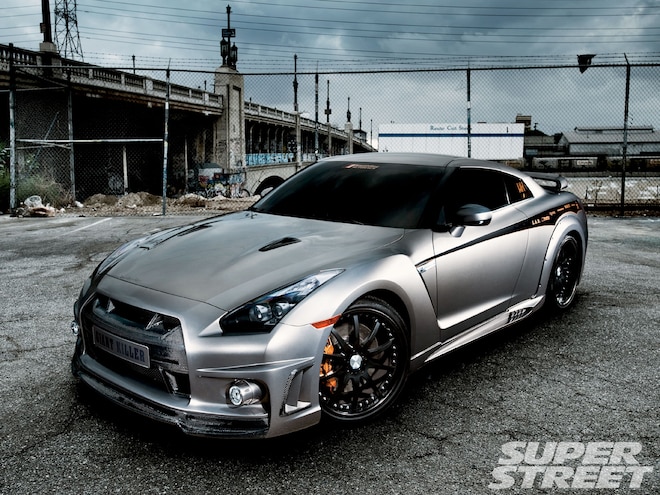 There are essentially two freeways that one may take to head into Staples Center in Downtown Los Angeles - the 10 and the 110. At any given time of the day, you may find yourself parked in the middle of either one of these freeways. Both of them are constantly jam packed from the break of dawn to the desperate gots-to-get-home hours of the evening. 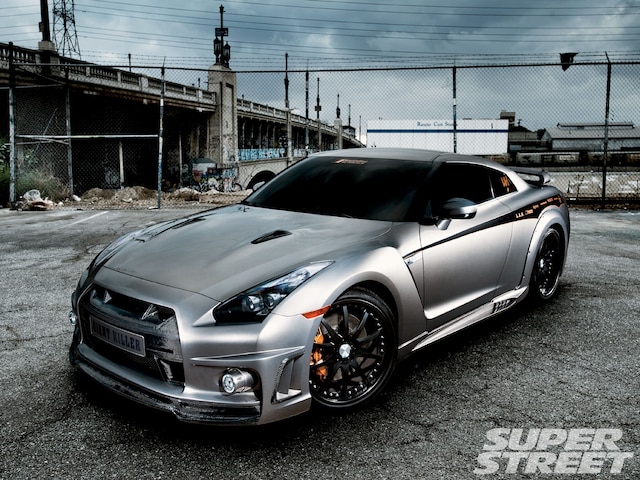 I'm not just talking about the regular rush hour weekdays either. I'm also including the inexplicable "where the hell is everyone going to cause this traffic?" weekends, and the "why didn't I just take the side streets to avoid this mess?" late nights to the club. When people talk about how bad traffic is in Los Angeles, they might be referring to these freeways.

On days when the Lakers play, hours before tipoff, cars are at a virtual standstill on these two freeways - even more than usual. These are the times, if you happen to be stuck on game days, you get a chance to revel at the Los Angeles skyline, take in the warm weather or perhaps make fun of the guy next to you who's been picking his nose for the past two exits. Just make sure he's not a gun-toting Cholo because he will shoot at you - seriously.

Last month, I found myself stuck on the 10 Freeway heading downtown and decided to cruise down the side streets to avoid the chaos. I had the pleasure of scoring a pair of tickets to a Lakers game. Since I pride myself in being a veteran L.A. driver, I know every conceivable route to get to Staples Center without having to deal with the congestion. I took Olympic Blvd. and weaved through the slow cars, jaywalkers and hipsters on fixies. It was when I hit a stoplight that made me pump my brakes and slow down. It's not unusual to see celebrities on these L.A. roads.

On bad days, you may spot some duds like New Edition's Johnny Gill inside his Hummer, for example. Who's Johnny Gill, you ask? The answer: exactly. On good days, you may see some A-listers, like Cameron Diaz in her Prius, Brad Pitt on his bike or Jonathan Wong in his pink IS 300.

On that particular day, driving next to me was no other than Lakers center, Andrew Bynum. I immediately recognized him, but he wasn't the reason why I looked over in the first place. It was his pristine '09 Nissan GT-R that caught my attention. I immediately stalked him like a prepubescent teen on a Hot Import Nights import model, and the following thoughts came through my head.

1) I can't believe Andrew drives a GT-R. An unusual pick for a center, considering Shaq drove around in what seemed like a semi-truck when he was in L.A.

2) I can't believe I'm chasing him down on Olympic Blvd. The last time I chased someone on the streets was when I thought I spotted Kate Beckinsale driving only to find out it was the Filipino dude from Journey.

3) Why is everyone on the road laughing at me? Yeah, I'm picking my nose. Get over it!

At any rate, Andrew lost me three blocks later, and I was not only stuck at another red light but I also made my nose bleed from jamming finger in so high. Days later, I find out that Andrew's GT-R was legit. After searching the Internet, I find out that it wasn't the first time he's been caught driving to Staples Center in his GT-R. Several paparazzi-style photos from fans popped up on Flickr, and his GT-R is a continuing subject line in several Nissan forums.

It turns out Andrew, when he's not boxing dudes out on the block, is a car aficionado with a slew of cars in his possession. WPI Motorsports helped Andrew build the GT-R, which is one of his favorite daily drivers, to the specs you see now. It's a work in progress seeing that Andrew travels the country half of the year, and training and vacationing in the other half.

The most prominent feature is undoubtedly the Wald Sports Line Black Bison edition body kit. Retailing at nearly $20,000 the Wald kit is an engineering wonder. Built at Wald's Osaka, Japan factory, each kit features European designing that cater to Japanese auto and driving performance. Their Sports Line brand is specifically made for street sports, and the kit for the GT-R is as artful as you can possibly get with aerodynamics. Andrew wanted a body kit that was not only unique, but also helped elevate his baller status. And if there's anything Wald can do, it's help establish the baller status in you.

Underneath the chassis is a set of 21-inch Radernergie Motorsport 3-piece wheels. Wrapped in Pirelli P Zero Nero tires, the wheels are forged aluminum alloy that are heat treated and aged for durability and strength. More importantly, they weigh in super-light for wheels so big in diameter, which makes for some unfettered speed, given the traffic of course.

Under the hood is more or less stock aside from the Harman Motive cold-air intake and exhaust midpipe, as well as the Turbosmart dual-port blow-off valves. It's just proof that the GT-R is svelte off the lot and modifying the engine would just be messing with perfection. Andrew does have a long list of future modifications he'd like to do to the car, but like every other tuner out there, it all comes down to time and money. OK, maybe not the money.

I'm just glad that tuning isn't just a sport that's limited to the common man and Paul Walker. It's a good thing to hear that someone like Andrew Bynum is knee deep into the culture that we all love. If there's anything that can bring a large group together, it's the art of tuning. I'm talking to you, Celtics fans. Next time you're in L.A. keep a look out for Andrew's GT-R and maybe you can feel the thrill of racing him down Olympic Blvd. 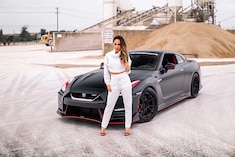 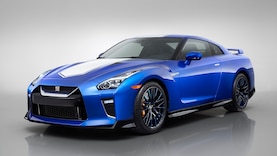 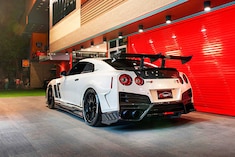