It's All About Enjoying Car Life! 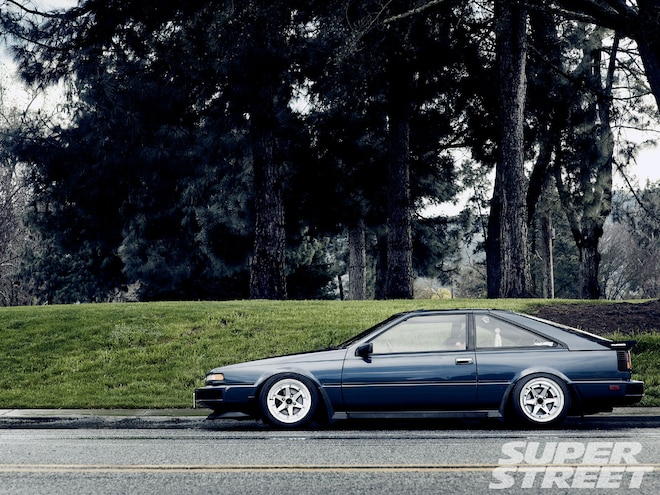 I'm going to go out on a whim and guess that most of you don't even know what kind of car you're looking at right now. I'll save you the trip to the spec box and spill the beans now: it's an S12 Nissan 200SX, the precursor to the venerable 240SX that has become synonymous with our scene. With all the improvements and parts available for S13/14 chassis it has become extremely rare to see anyone with the balls to mess with a 200SX. I've seen a fair share of modified examples on the Web, but when I came across Henry Nguyen's car I knew instantly that it was the best S12 I had ever seen. 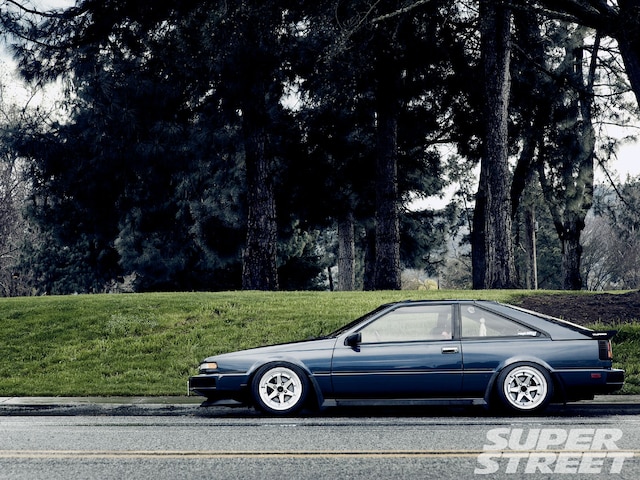 While in San Francisco to cover the Wekfest show, I decided it was worth the hour-and-a-half trek south to Gilroy to get the inside scoop. I was almost immediately greeted by a skinny Asian kid with a grin from ear to ear. He politely introduced himself as Henry and extended a grease-covered hand for me to shake. Henry explained to me that he had literally just finished working on the car to get it ready for me to shoot, an affair that left him sleepless the night before.

I had caught Henry right before lunch so I insisted that he finish his McDonald's burger while I examined the car in the driveway. The first thing you'll notice about the car is that it is insanely low. We're talking shakotan street scraper low (that means "low car" literally). The tire-to-fender clearance rivals that of valve lash tolerances. I thought to myself "Jesus, how does this kid drive the car without the fenders eating the tires?" and when I went in for a closer inspection I realized he can't. Perched less than a millimeter above the tire, the front fenders have been thoroughly burned by the tires and have become a beautiful brownish color with bits of rubber decorating the very edge.

Just getting an S12 this low is a feat in and of itself. It takes more than a credit card and a trip to an online parts store to put one of these in the weeds. As Henry confirmed "there's absolutely no aftermarket for the S12" so he had to pave his own path. Using an array of S13 parts Henry began to piece the car together hacking, cutting and welding his way to a lower car. As a matter of fact it was suspension work that had kept Henry up the night before. He was installing a set of SPL tension rods for an S13 onto his car; problem is the S12 tension rod has a stud on the end that secures through the bracket with a nut while the S13 tension rod is an eye-type connection with a bolt and nut combo to secure it. About halfway through the explanation of his troubles he disappeared into his garage and immerged smiling and holding a jagged piece of metal that he had cut off only hours before.

The coolest part about this car is that the owner didn't give up in spite of all the odds against this car. When the stock motor died Henry decided to swap in a KA24 from an S13, a motor most 240 owners would gladly throw away. But as the saying goes, one man's trash is another man's treasure. Making custom mounts using hockey pucks for bushings, Henry was able to shoehorn the KA into the S12. In order to utilize the 5-speed transmission from the KA without making a custom driveshaft he mated the front half of an S13 driveshaft to an S12 tailshaft. This inventive thinking continues throughout the car.

While the inside looks fairly spartan there was a lot of work involved to get the car where it is. Take the Bride seat fixed in the cockpit that's worth more than the car itself. Since no aftermarket unit was available Henry had to modify the stock seat rails to get the bucket in the car. The steering wheel with its NAMCO horn button and distinct five-bolt pattern are a dead giveaway that someone jacked it straight off an Initial D arcade game. Rounding out the interior is a funny-looking ghost hanging off the oh-shit handle in the back.

When I questioned Henry about the ghost I was very surprised to find out it wasn't a meaningless accoutrement. As it turns out the ghost is what the Japanese refer to as a teru-teru-bozu and it's an interesting tool used for superstition. The amulet is thought to have special powers that bring good weather and are particularly useful for stopping rain. I couldn't help but smile at the appropriateness of this decoration given Norcal's climate where the weather can change in the blink of an eye. Literally no more than twenty minutes before I shot a photo of the ghost the rain was coming down in sheets and I thought I'd have to call the shoot off altogether.

When it came time to wrap up the shoot I told Henry that I wanted to get a couple photos of him with the car since his personality was bleeding from it. I asked him how he wanted to be photographed and he looked at me puzzled and said "I don't know, what do people normally do?" I told him to just do whatever he felt comfortable doing and after a minute of thinking he asked "how about I get in the back seat?" I laughed because it was ingenious, it was different and creative and the answer was there the whole time - yet in the seven some odd years I've never once had someone think of the idea. It was almost a metaphor for the car in a single photo.

Shooting Henry's car and seeing the enthusiasm he has for tuning was really a great experience. It has inspired me to get back to having fun and enjoying my car and working on it. While in San Francisco I was fortunate enough to meet some of the other guys in Heartbreaker, his "club" if you will, and they all live by the same mindset, "having good friends, looking good and having fun!" If that's not a motto to live by I don't know what is.

Thanks you Cecilia Vo, my Mom for letting me ruin the garage, Trinh Phan for reluctantly letting me work on my car instead of taking her out, Yuta Akaishi, Sterling Picton, Hung Pham, Gabe Nguyen, Francis Estrada, Grayson Yokota, Matt Garrisson, Joe Mendes, HEARTBREAKER! If I forgot you, then you too! 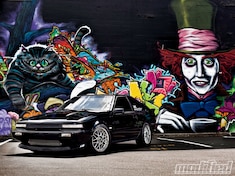 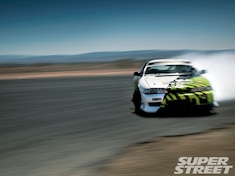 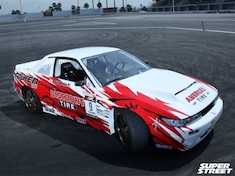