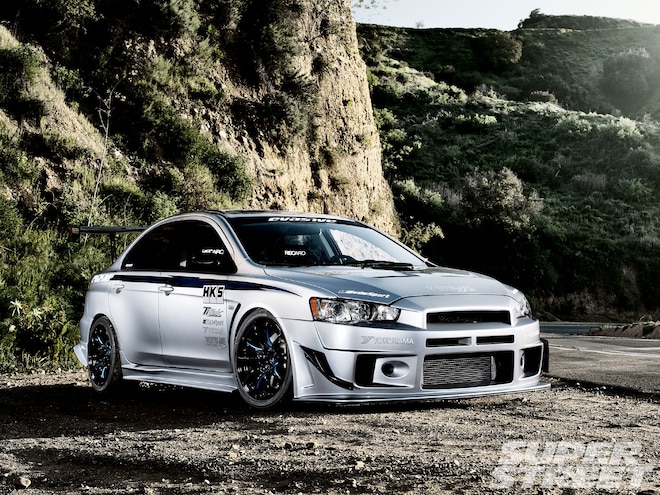 In the last couple years or so, it's safe to say that the U.S. has gradually caught up to Japan in terms of tuning culture. The "look" of course, has always been there. Catalogs and images that pop up on the Net have made it possible for us to see what the Japanese are doing overseas and our community has been able to draw inspiration from them. We simply take what we have seen and reinterpret them to create a style of our own. 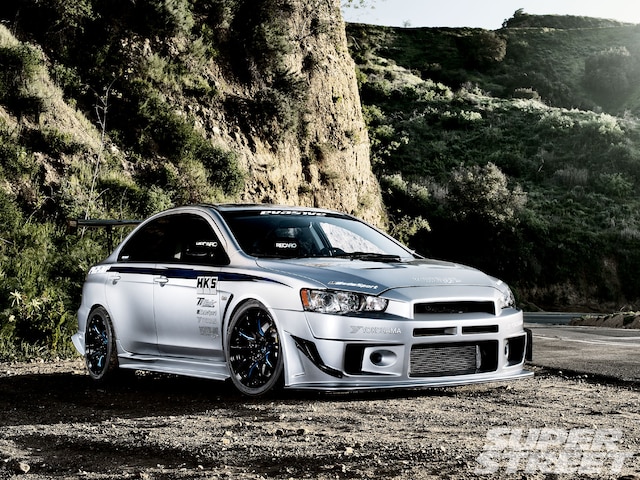 We still lust after what they have of course. The cars that are being built are still imports and the majority of all the parts made available to them come from the country of origin: Japan. What has helped the two countries bridge the gap come from a growing number of resources. Popular Japanese tuning companies have now established themselves in the U.S., companies now specialize in importing goods from outside the country, and everything else that we cannot find, we're most certainly able to purchase from the Internet.

Perhaps the biggest growth in U.S. tuning culture has to be the functionality of car modification. Yes, the style has been well established but the ability to use parts to their maximum potential has not. More accessibility to parts that we once only saw in print and the ability to actually contact the companies that produce the parts has opened the doors to limitless possibilities. We not only have the parts we once coveted, we have the resources now to actually put them to proper use.

What has furthered the quest for pure function is the American time attack series of racing. "Time attack" is probably the purest form of racing today. It is also very accessible to the casual enthusiasts, which has made it very popular. Tuning companies and shops have used this series of racing to extract the maximum potential out of their cars. No longer are shops merely selling parts to get by, they are also assembling projects that are very formidable opponents at road-racing events.

One of the more notable shops in North America is Evasive Motorsports. Their stable of personal shop cars possess all the parts and style of a true Japanese time attack build but the tuning is all-American. The cars perform so well in fact, that they can often be found at the top of their respective classes. Once known only as an online parts retailer, Evasive has quickly emerged as a full service facility specializing in chassis and suspension tuning.

This battle-prepped Evolution X is their latest project. When Fernando Delarosa decided to build a track-ready time attack vehicle, Evasive Motorsports was the first shop that came to his mind.

What stands out at first glance has to be the incredibly aggressive Sequential "Black Illusion" aero kit. Sequential may not be a household name to anyone other than the Evo crowd but they are definitely deep in Japanese tuning. The Black Illusion kit debuted on Sequential's demo car at the 2008 Tsukuba Hyper Meeting and will see a similar fate as track-armor on Delarosa's Evo X. Voltex gear is essential for any Evolution and this one is no different. Their Type 5 rear wing and carbon hood scoop only add to the no-nonsense exterior.

The rest of Fernando's CZ4A Evolution consists of basically everything that HKS has to offer. If HKS makes it for this particular chassis, he's probably got it.

Suspension duties are handled by HKS Hipermax III coilovers. The Hipermax units provide track-quality performance and a comfortable ride when Delarosa chooses to cruise the streets of Southern California. All OEM bushings have been replaced by Whiteline components along with their front and rear anti-roll bars. Modified front fenders by Evasive Motorsports allow for the newly released 18x10 Wedsport SA-55M wheels to fit snugly in place. The non-staggered set-up is complimented by ADVAN Neova rubber.

When you think of the legendary Lancer Evolution namesake, the equally as legendary 4G63 engine comes to mind. Take a glance under the hood of any Evo X and you will undoubtedly notice the new 4B11T engine that is now in charge of making power to all four wheels. Maxing out the potential of the all-aluminum powerplant is an HKS GT3240 turbo. Cold air is pulled-in through the HKS intercooler and Racing Suction intake kit while exhaust gases are sent out forcefully through the HKS Hi-Power exhaust system.

The confines of the race-inspired cockpit are all business. Recaro SPG racing seats and Takata harnesses are ready for action as soon as Fernando is ready to hit the track. An HKS F-Con V-Pro acts as the brains of the entire operation. The engine management system then relays all essential information to Defi BF-series gauges.

With all the success Evasive Motorsports has seen with their personal cars, it's almost a guarantee that this Evo X will make noise when it hits the tarmac. Sure it draws inspiration from Japan with its outward appearance and all-HKS repertoire, but let's make one thing clear-this Evolution X is built in the good old U-S-of-A.

Thanks you Mike, Tony & Li from Evasive Motorsports; Eugene from SP Engineering; HKS USA; Sam from Yokohama Tire; Andy from Wedsport USA; "I want to thank my brother and my family for all their support and a special girl that has supported me through everything-Thank you Tanya."