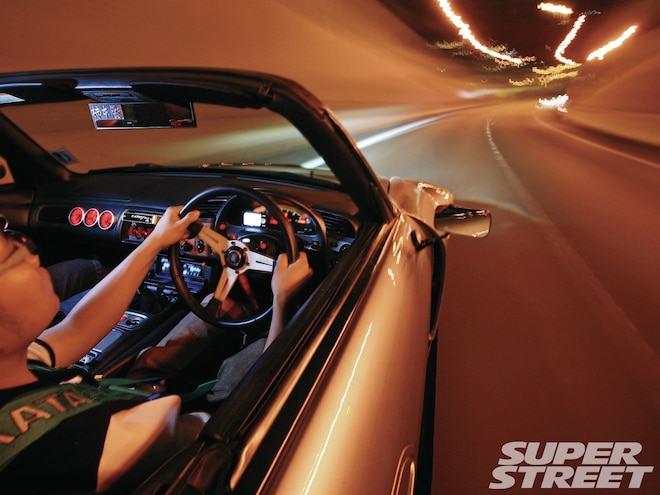 Consider yourselves lucky; we Americans have it pretty good. We’re afforded the freedom to do as we want and say whatever is on our minds. Some countries don’t have that freedom available to them. When it comes to automobiles, our options are far and wide, and the only limitations that prevent us from getting what we want are strictly of the monetary variety. It’s crazy to think that names such as “Evolution” and “Skyline” were once myths to us and only obtainable in the imaginary world of video games. For the most part, our automotive repertoire is vast. Sure, there are still certain makes that automotive companies keep to their own countries but we really can’t complain. 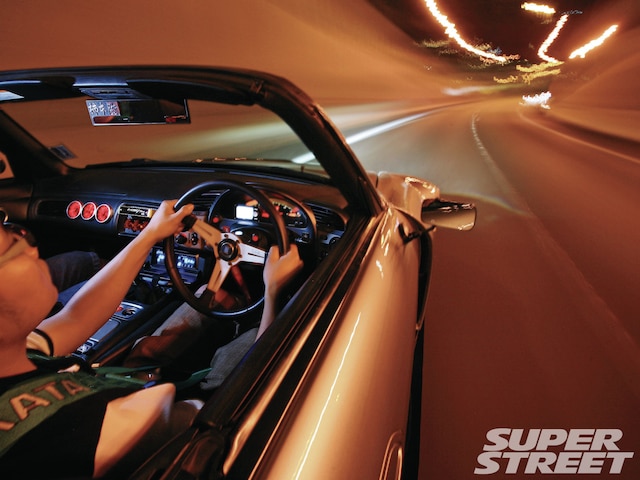 Countries like China, for example, aren’t really “limited”; their arsenal of cars is just different. Honda in China has all your basic models that we have here but with the addition of the Honda City and what we know as the second generation TSX is known as the Honda Spirior. One particular model that they have never been introduced to is a two-door roadster that is quite popular on our roads is the Honda S2000. There could be a number of reasons why but it’s all irrelevant to us. All we need to know is that S2000s weren’t sold by Honda in mainland China. The only way to get S2Ks into China was to bring them in privately and independently. Knowing all this, it should be easy to realize just how significant this Amuse GT1-adorned S2000 really is.

The S2K you see before you could possibly be the only one in the mainland (we’re taking a wild guess here). If it isn’t, it’s certainly the only one that’s built to this extent. Mark Wang, the owner, had plans all along to introduce this roadster to foreign territory. “We had every intention of sending this S2000 to China so that Mark could not only track the car, but also drive it on the streets,” Jacky Tse says. Jacky, who operates a shop in Auckland, New Zealand called Jtune Automotive, worked with Mark to build this AP1. “The build started two years ago when he blew the engine on the track. We learned that day that the factory Honda (oil) sump couldn’t handle long runs and high speed cornering without a baffle. The engine had to be rebuilt and back then, there just weren’t many options for F20C engine parts on the market. Mark was a true fan of Japanese tuning parts so he wanted the best, and that’s why we chose to go with a complete catalog of TODA Racing parts.”

At a glance one might imagine that the best of this S2K would be the aesthetics. Face it; it’s very, very hard to look past the authentic Powerhouse Amuse GT1 widebody aero and the two different sets of 17" Volk Racing wheels. In all honesty however, what lies under the Mugen carbon hood is where this build truly shines. The crew at JTune built the F20C with a TODA 2200cc stroker kit that bumps compression up to 12.5:1, and they re-worked the entire valvetrain with a myriad of other TODA components, including their VTEC Killer camshafts. Since the car was meant for regular driving, the TODA VTEC Killers were sent out for a regrind to make the engine more street-friendly, being that the camshafts were never meant for street service. The factory oil system, which was the reason the motor failed, was also upgraded by Jacky, ensuring that there would be enough oil supply for up to 11,000RPM. A TODA Anti G-Force oversized oil pan has also been added to make enough oil available to the upgraded pump. If the displacement increase isn’t enough, Jacky and JTune also opted to replace the factory intake manifold with a TWM 52mm individual throttle-body kit. For added “kick”, a direct-port nitrous oxide system was also seamlessly integrated into the TWM throttle-bodies and produces an additional 80-horsepower at the touch of a button. This coupe is equipped with two nitrous oxide bottles so there’s plenty of laughing gas available to Mark any time he needs a “squeeze”.

Mark made it a point to emphasize his intent to drive it on the streets of Beijing, so the S2000 had to be tuned on pump gas. With the high compression, timing had to be turned back a little and the now 2.2L F20C is good for 178kw (300hp), more than enough for everyday driving. From what Jacky tells us, the difficult part wasn’t building the motor or having to wait months on end for parts; it was making the car road legal for China. “Everything had to be built within their laws,” he explains. “We had to bring the noise level down but at the same time, not sacrifice the performance and create restriction. The exhaust we created for it is a 3-inch unit with two resonators that splits into two individual 2.5-inch iridium mufflers which are typically used for high performance motorbikes. The ITBs and the TODA upgrades posed a bit of a problem also but we spent many hours on tuning it to make it run perfectly.”

As stated earlier, the aesthetics are not to be ignored. Mark chose the Amuse GT1 armor not only because of its aggressive styling, but because it was designed with functionality in mind. The vented Mugen hood helps to extract hot air from the stroked F20C and while many would have gone with a matching Mugen hard top, he decided otherwise. One of the reasons behind that decision was him just wanting to be different. Realistically, how many convertibles do you think are cruising around the streets of China? The roll bar may seem simple enough to the naked eye, but it was also meticulously designed. The 6-point rollbar also has side intrusion bars for side impact protection. No Amuse-equipped S2000 is complete without a rear wing, and on this S2000, the wing is especially exaggerated.

“The Voltex GT wing was actually custom-fitted and not made for the S2000. It’s actually from an R34 Skyline GT-R. Custom stands had to be made to hold the (wing) up and have enough strength to hold the car down at high speeds. We installed our JTune GT Wing Stabilizer kit to stop the wing from shifting side-to-side.”

With so much work involved in building this S2000, you would probably wonder why Mark Wang would choose to build a Honda roadster and not just track another, more available car, like a Mitsubishi Evolution X. You have to remember though that markets vary throughout the world. A S2000 built to nearly these specifications costs almost the same as a used Evo X over there. Mark also has the added satisfaction that there is literally no other vehicle out there that is remotely the same as his TODA-powered, Amuse GT1 S2000. Imagine turning the heads of 1.3 million people. To the residents of China, Mark’s S2000 is otherworldly.