Unique Styling is Everything with Super Made.

Styles come and go, but nowhere does the statement hold truer than in the world of drifting. Every other week, a new trend is born; that new style becomes distinctive, but having said that, those ideas don’t always stick. Innovations don’t come easy and getting your peers to accept trends can be tough—just ask Takanori Yoshida. From his workshop at Super Made in Osaka, Japan, he’s created some of the most distinct drift cars their country has ever seen. A couple years back in was his SR20-powered Y34 Gloria; this year, at the Tokyo Auto Salon, he rolled in with the “Instant Gentleman” S15 Silvia, running with, of all things, undersized 15-inch wheels. Needless to say, the drift community went B-A-N-A-N-A-S. So what sets Yoshida-san’s style apart from the rest? We hopped on an Osaka-bound shinkansen to find out. 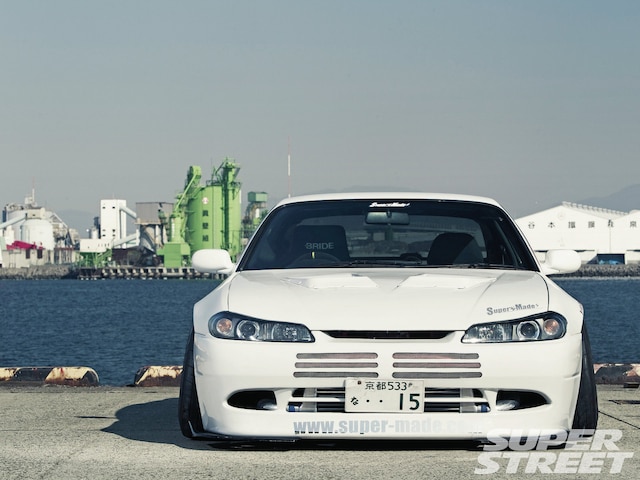 As Yoshida tells us, there are two basic prerequisites that a dorisha (drift car) needs to satisfy if it’s going to be classified as “cool.” Stance and, most importantly, offset. Making the car sit right is key but on this Silvia, he came with a slightly different approach. Staying true to the roots of drifting is something that Super Made strives to do; even their D1 Grand Prix Onevia shows a very different style from all the pro-drift cars on the circuit. They keep it simple, and most of all, cheap. This is what led Yoshida to convert his S15’s hubs to that of the 4-lug off a S13. This conversion now allows him to use smaller diameter wheels, the added bonus being that he can pick from a wide variety of old school kicks (wheels), like the set of Work Equip 03s he’s on now. Well, that, and now money can be more well spent on tires for drifting.

The fat sidewalls work on the S15, making it instantly recognizable as a dorisha, also thanks to the Instant Gentleman aero that’s fitted onto the body. The low-slung front bumper is made to sit even closer to the ground thanks to a pair of side-under canards while a series of openings were cut out to help increase airflow to the engine. The wide front fenders feature an AMG Benz-inspired vent which reveals the red candy paint that the front section of the chassis has been painted with. Deeper profiled side-skirts are joined by Super Made underskirts, which mimic the front canards to help make the car seem even lower. Yoshida picked Origin rear overfenders to pump the car’s rear width and made sure they were a perfect match to the -10 offset of the Equip wheels. The Instant Gentleman lightweight trunk lid and lip spoiler help create a very distinctive rear end, matching the lines of the rear bumper, which are fitted with Super Made under spoilers. A final exterior touch is a 326 Power roof spoiler.

Yoshida spends all his free time drifting, either at night on deserted roads or at track events, so the S15’s suspension has plenty of upgrades. It’s super low and looks super sick, all thanks to a fully adjustable 326 Power damper kit that uses ultra stiff springs and camber plates to tune the front wheels with an extra serving of negative camber. Super Made installed their own steering knuckles to increase steering angle, then added tension rods and stiffer bushings to really tighten up the entire driving feel. The smaller wheels, unfortunately, don’t allow for a big brake upgrade, so the stock brakes were simply upgraded with slotted Apex rotors and Project Mu brake pads.

The engine comes next, and while it’s pumping out a modest 400hp, it wasn’t just bolting on a bigger turbo and calling it a day. No, with a drift car, it’s wise to strengthen it for high revving/rev-limiter-bouncing abuse. The SR20DET’s head was pulled so a HKS Step 2 upgrade with valve springs, retainers and specially coated rockers arms could be installed. Yoshida kept the stock cams for better response in lower rpm, but a nice T518Z-10 from Trust was bolted on, which, at 1.5-bar, spools up quick, adding torque in the midrange. The exhaust is extremely free-flowing now as a full Super Made exhaust leads from the front pipe down to the muffler, not a catalytic converter in sight. Yoshida was able to save more scratch by picking up a used Blitz intercooler off Yahoo.jp’s auction site, which allowed him to invest wisely in a NISMO fuel pump and 800cc SARD injectors. An A’PEXi Power FC is used to keep everything running smoothly, making full use of the engine’s available potential. With the rigors of drifting inevitable, the drivetrain needed an upgrade as well, so an Exedy single-plate clutch and 2-way ATS limited slip differential were installed.

Opening the driver side door reveals a very subtly tuned interior with only drift-car essentials. The stock driver’s seat has been wisely removed for a Bride Zeta II to hold Yoshida tightly in place when tackling corners sideways. The steering wheel is another Yahoo auctions score, a deeply cupped, Alcantara-wrapped piece that we wouldn’t mind having ourselves. No need for gauges every which way you look; an A’PEXi Power FC Commander and a Blitz boost controller are all Yoshida needs to tap into his SR20. The Blitz boost controller is within easy sight mounted atop the steering column and happens to doubles up as a boost gauge.

It’s been Super Made’s on-going battle to keep drifting close to its roots, yet it has also helped them to spawn their unique style while doing so. True, the styles do come and go, but Super Made is going to make sure they’re on top of what’s hot. 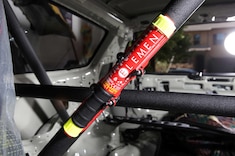 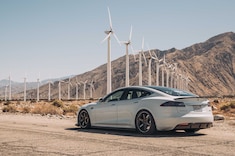 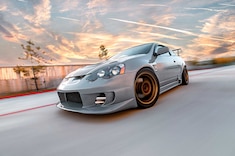 Type R may get all the fame and glory, but for those in America who couldn't afford one, Honda threw us a bone in the various Acura Type S models released over the years. We recap your favorite modified examples.