It doesn’t take a genius to realize why this VW GTI is one of the most loved Euros in the world. 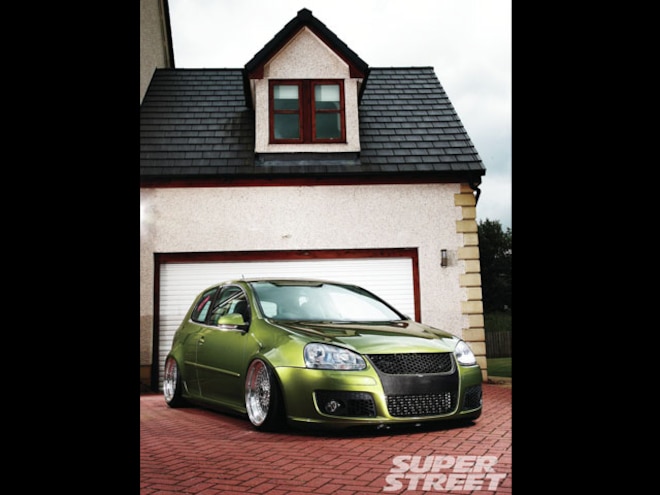 I had the distinct pleasure of selecting a car that showcased the best stance in the Euro scene. Coming from eurotuner, I thought this would be easy-peasy but since nearly every feature car sported flush wheels and a sick drop, I spent nights tossing and turning in bed thinking about which one to choose. Ultimately, the boys from across the Atlantic do it best and Chris Peacock’s VW GTI is one of the most famous examples. 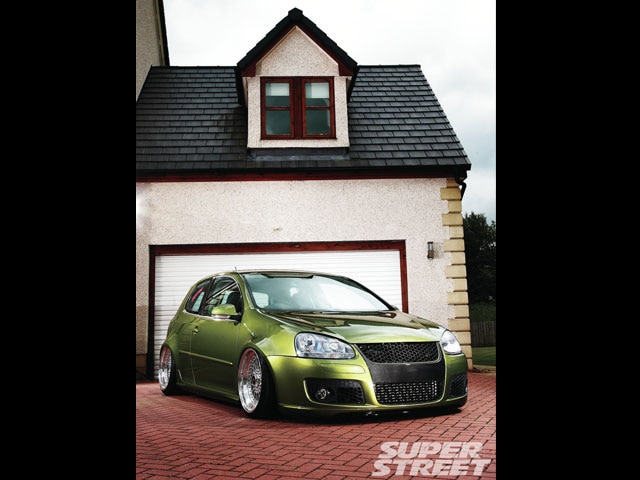 To give a little history behind Chris, he’s been a VW lifer ever since he could say ‘gaga’. Growing up around Scotland and the UK, he spent every holiday and weekend at his best friend’s uncle’s garage soaking up all the knowledge he could. Once he turned 16, he picked up a Golf and never looked back.

Since then, the Scotsman has built a Golf, Scirocco and this GTI. With years of experience and creative juices in his veins, he borrowed the aggressive style off VW Germany’s W12 GTI widebody concept. But inevitably, the road to stardom started with his wheels — timeless BBS RS.

Although a played-out wheel in both the Euro and JDM scenes, the 18" version was a rare sight in Europe. With aggressive offsets and 9.5" widths, the rims extended beyond the stock fenders. “So I built the arches around the wheels essentially. This meant extending the front and rear two-inches, which also meant modifying the front wings and both bumpers,” he told us.

Good friend Rob Keets was in charge of the bodywork. He added a few tricks including a US-spec R32 rear bumper, plus shaved the trunk and rub strips.

As for that one-of-a-kind paint, it’s a mixture of greens from Hummer and Lamborghini. Chris didn’t like either colors separately but when blended together, the result was nothing but money.

Next came stance and you can already guess he’s floating on air using Bagyard components from Austria. “Stance is the most important thing on any car. A bag of shit can look good with the right wheel fitment and ride height,” he joked.

The rest of the mods featured some hardcore Euro styling that were a bit more on Robin Leach’s rich and famous side compared to what we typically see in Super Street. Step inside the cockpit and notice a reupholstered interior with a mixture of leather and alcantara. The roll-cage was-custom built and the carbon seats were taken from a Porsche Carrera GT— ballin’!

But at the end of the day, Chris’ GTI has a very simple formula that represents today’s Euro scene. The car is crazy, but not too crazy to drive around town or on eight-hour road trips. And the stance is flawless thanks to subtle bodywork, slammed suspension and the right set of wheels.

Want more Euro? If you’re hungry for more Euro flavor, check out our sister mag eurotuner. You can subscribe or check out past feature cars at eurotuner.com. 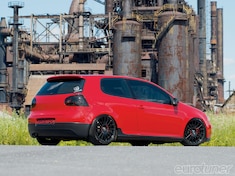