A Twin-Turbo NSX Stunner Built To Take the Throne. 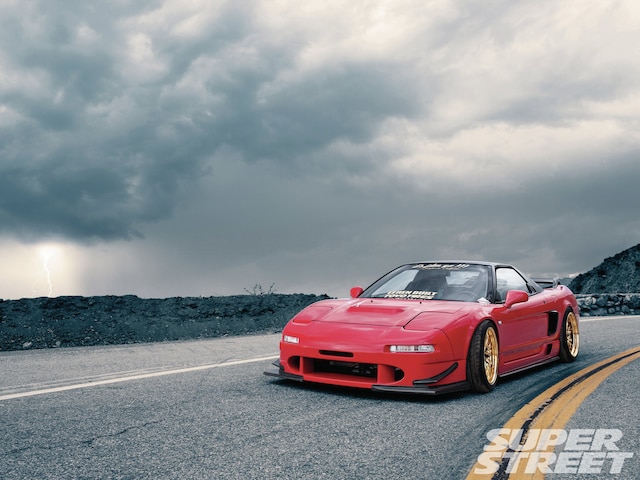 The ultimate goal of many Honda enthusiasts is to one day own the legendary NSX. Honda gave birth to its supercar in 1990 and people have been fawning over it ever since. In the early years of the NSX’s production run, it seemed almost impossible for an average enthusiast to acquire one. It served as a dream car to many and for the most part, remained that way as many enthusiasts became older. The NSX was a car that you rarely saw in person, and modified examples were basically non-existent. As the years went by, older NSXs became more affordable, and some guys that once dreamed of owning them were finding they could finally afford one. You still don’t see more than a couple of them pop up at local meets or shows because NSX owners tend to keep to themselves or are only involved with fellow NSXers. Many of them tend to lean more towards the purist end of the spectrum, and aren’t really fond of modifying Honda’s supercar.

If there’s one NSX owner who’s been consistently present in 2012, it would definitely be Michael Mao. His NSX is easily the most recognizable NA1 on the West Coast show circuit, and it by no means is anywhere near "conventional." There is also a strong possibility that it may be the bane of many NSX-purists—and that’s perfectly okay with Mao. He’ll be the first one to tell you that this NSX was built only to please himself with only his vision in mind. Mike has been a Honda head as long as he can remember, but his dream was to always own an NSX. He’s built a Civic and S2000 in the past, both red, so when he found a Formula Red NA1 for sale, he leaped at the opportunity.

Old habits die hard, so Mike started his build in a similar style to his previous S2000. He’s a fan of the current stance craze and his NSX represents that. The car was equipped with JRZ RS coilovers at the time of purchase so he tried on various sets of wheels before settling on an aggressively-sized set of Volk TE37s. The motor remained relatively untouched while he devoted most of his attention to wheel fitment and aero upgrades. “When I first bought my NSX, it already had a Taitec JGTC front bumper so I just built around it,” he explains, “It was a rare piece so I made sure to add other aero components that complimented the front end.” Mike did some research and ended up looking at products from Downforce USA. Seeing nothing but positive reviews in regards to quality and fitment, he decided to dissect their catalog for aesthetic upgrades. For better wheel fitment up front, he picked up a set of Downforce front fenders that freed up an additional 10mm on each side. The Taitec front looked naked without side skirts so a set of Downforce Stacy sides were added for a more streamlined appearance. Also added were various carbon-fiber accent pieces for contrast against the bright red exterior. The timeless combination of red and black also flows into the cockpit of Mike’s NSX; OEM black leather is complimented with Status Racing seats and a Vision Technica steering wheel, both highlighted with red-stitching.

Once the exterior and interior were completed, Mike spent the majority of 2011 and early 2012 cruising to various events. It was a NSX on a set of wide Volk TEs, so it already got attention wherever he went, but Mike felt that there was still something missing. Many NSX guys would do nothing more than an expensive exhaust, but he wanted to extract some more power out of the C30A motor. Mike considered the option of supercharging but opted to do something completely custom: The NSX was placed in the hands of Efren Garcia and The Boombop Shop for a pair of turbos. There, they provided the full “Efren-Built” experience: two Garrett GT2871R turbochargers, paired with dual 38mm wastegates and mounted to a custom manifold that pushes exhaust gases through a one-off, dual center-exit exhaust. Underneath the rear of the NSX you’ll find a pair of custom-made intercoolers that create a menacing view behind the burnt-exhaust and Taitec rear diffuser. On paper it sounds easy enough to fabricate all these pieces, but twin-turbocharging an NSX motor is anything but simple. Custom engine mounts had to be fabricated along with a new rear subframe to free up enough space for all of his boosted additions.

The two turbos helped change the landscape of Mike’s entire build. It went from being a stylish street cruiser to an absolute beast. Tuned on a Series 2 AEM EMS by renowned tuner, Bisi Ezerioha, this C30A now pumps out just a little over 500 horsepower!

The madness didn’t stop there though. While a great mix of style and power had been achieved, something on the exterior had to change—so Mike went over the top without touching any of the aero: he made the tough decision of swapping out his beloved TEs. Anyone new to this car have probably noticed the bright-gold Mugen MF10 wheels. Diehard Mugen-fanatics will cry "blasphemy" at the thought of cutting up a set of classic Mugen wheels, but Mike’s certainly not a traditionalist. Alex Zhao, co-owner of Wheelflip and one of the men responsible for creating these one-off MF10s, explains the process; “The wheels started out as mirror faced 17" DC5/EP3-spec MF10s. Mike wanted them to be double-staggered (both in width and size) so the rears would end up being 18x9.5" while the fronts would be 17x8", also taking his big brakes into consideration. We had the faces cut out on a lathe to the same size and to create the stagger up front, we used the barrels of a 2-piece 17x8" Work Meister. Since they have a stepped-lip, we just turned them around and used the backside of the wheel as the fronts for his MF10s. The rears were a little easier, we just ordered traditional 18x9.5" stepped-barrels. During the 24K gold-plating process, we had the wheels sit in the tank for way longer than typical to achieve this insane amount of shine. That brought Mike’s cost up quite a bit but the results speak for themselves.”

There are some who will absolutely love Michael Mao’s NSX—along with an equal amount who won’t. But that’s what makes this community so great, the amount of diversity from each and every one of your creations. This NSX is truly something you will not see anywhere else. Add to that a touch of gold, and you have one of the most exceptional builds we have ever seen.

Thanks You Efren Garcia at BoomBop Inc. & TDA for customizing my twin-turbo build and supplying parts to complete my turbo needs; Sam Kang at Wheelflip for my custom Mugen wheels; Smartmax; Toyo Tires; Peter Chou at Downforce USA; Bisimoto Engineering; Eulises Torres at Forbidden USA for taking care of my carbon-fiber repairs and carbon works; It’s JDM Yo!! and The Chronicles for the support! 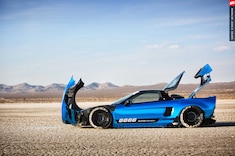 Robert Chew's supercharged 1992 Acura NSX holds the honor of being the first NSX in the US to be wearing Kei Miura's Rocket Bunny widebody conversion. 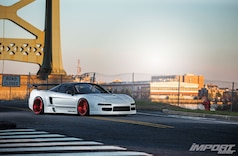 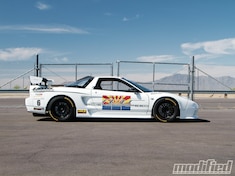 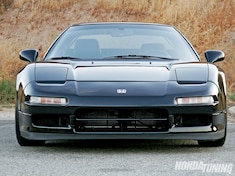 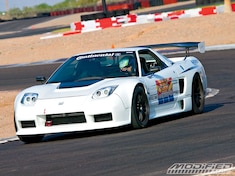 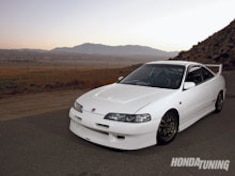