Home  |  Features  |  TAS 2021 What Would Have Been: More Gazoo for the GR Supra & Yaris, Daihatsu’s Far-Out 5 Pack
Subscribe to the Free

No Tokyo Auto Salon, no problem – automakers Toyota and Daihatsu tease the display cars they had on tap. 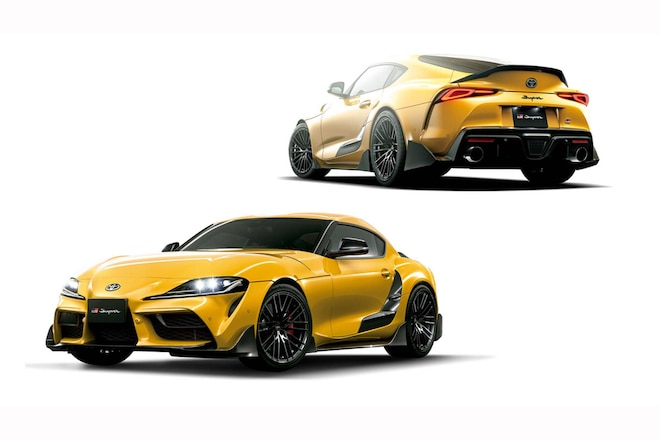 It isn't only aftermarket companies and automotive schools losing out in the cancellation of this year's Tokyo Auto Salon due to the pandemic. Like the annual SEMA extravaganza in the states, automakers have found a home among tuners and modifiers, most readily and obviously because they make the cars that ultimately get customized, but also increasingly because of the many OEMs that have gotten into the parts game. All of the Japanese car companies we have in the U.S. and many of the ones we don't generally have some presence at TAS, and they typically have a few parts and/or demo cars worth checking out in their booth. In spite of the kibosh on this year's proceedings, two such OEM have already unveiled some of their TAS booth fare: Toyota, with new Gazoo Racing gear for the GR Supra and GR Yaris; and Daihatsu, with a fiver of crazy-looking Kei cars.

Gazoo currently has wheels, aero, covers and garnish pieces for the A90, and adds front and rear dampened brace sets, which apparently add some rigidity to the chassis like strut tower bars but also work to soak up the road a little more effectively. The brace sets are on a Nitro Yellow MkV that is also outfitted in Gazoo Racing's new exhaust system for the platform, a setup that features black chrome tips. 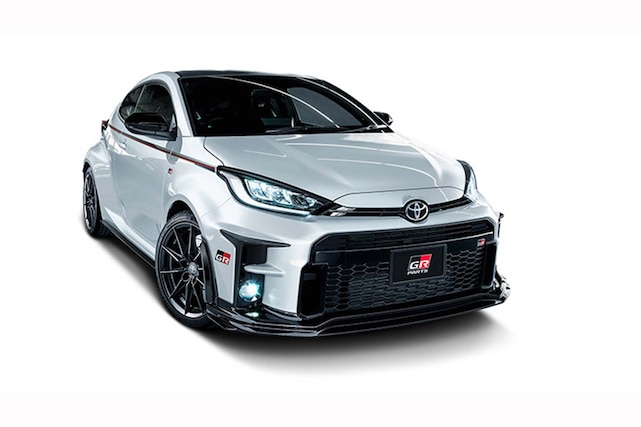 For the rally-inspired AWD GR Yaris, we imagine pretty much every Gazoo part is new since the hot hatch just came out. The lineup includes a sports muffler, body stripe, aero kit with front and rear spoilers and side skirts, and other bits, but very little additional info was provided. Toyota revealed its Yaris Cross Advance Robust Style show car as well, a modified version of the bulkier Yaris that's available only in Japan and Europe, and we gotta say it doesn't look too shabby - almost like a modern-day RAV4 if Toyota had kept the proportions small - but this demo was by Toyota tuners Modellista and not Gazoo Racing. The OEM promises more news when virtual Auto Salon goes live January 15th.

We have professed our love for Kei cars here before, so you can't get too mad at us for obsessing over the cute little machines, and when Daihatsu rolled out its roster of TAS cars for this year, of course we just wanted to stick them all in our pockets. The collection includes a pair of pint-sized open-top concepts: the Copen Spyder, which is a Copen convertible with retro nose, half windshield, and headrest fairings; and the Hijet Sporza, one of Daihatsu's microvans also given the half windshield and headrest fairings treatment and relieved of its roof. Both appear to be on some TE37-aping lookalike rims. 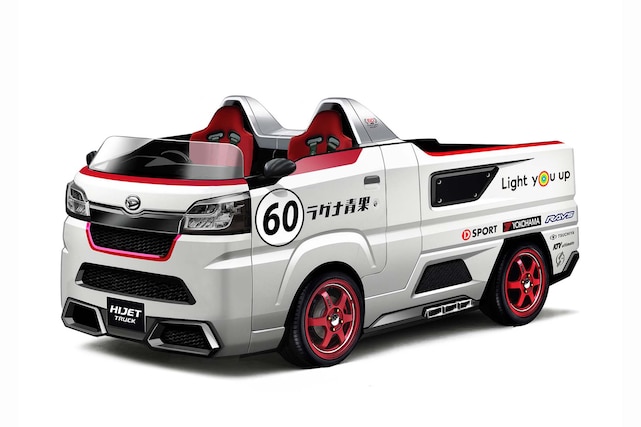 Daihatsu's Hijet Jumbo Camper is supposed to be what an old-school Kei truck would look like as an overland vehicle, and it features a bed canopy, rooftop basket, and LED lighting. The automaker also has its Taft SUV-based Crossfield exercise, which reminded us of all those Suzuki Jimny was saw at 2018's Auto Salon; the Taft Crossfield features roof rack, light bar, and winch. The last whip in Daihatsu's TAS lineup is the Thor Premium D-Sport, which gets a new ride height, body kit, and wheels, taking us back to the days when Scion xB terrorized the streets. We think you can see all of these and more when Tokyo Auto Salon goes live on January 15th, or if you can read Japanese you might want to check out Daihatsu's TAS microsite here.

TAS 2021 What Would Have Been: More Gazoo for the GR Supra & Yaris, Daihatsu’s Far-Out 5 Pack
Photo /

Suck It, COVID – The 2021 Tokyo Auto Salon Has Been Cancelled
SuperStreetOnline features