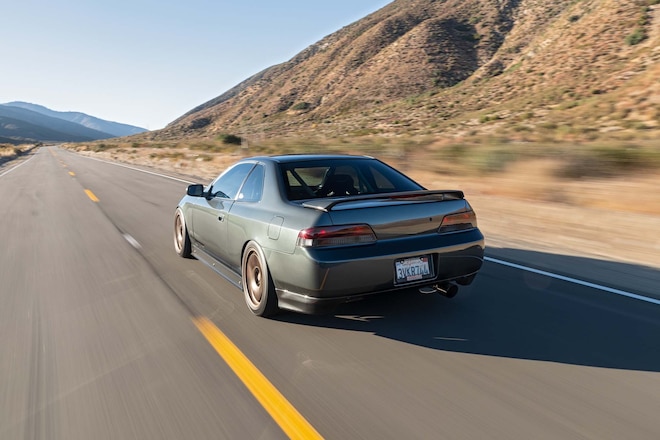 There's something to be said for guys like Arturo Castillo, owner of this 1997 Honda Prelude, who dove into the import performance world with the money he'd worked hard for, then proceeded to build the car exactly the way he wanted with his own two hands. It's not entirely uncommon, but for an industry in the midst of taking heavy doses of social media influence that seem to lean further toward the "just a drop and wheels" mentality, the DIY'ers that put in the hours and hang on to their projects to continue building are the unsung heroes and the driving force behind any sort of progression in this community. 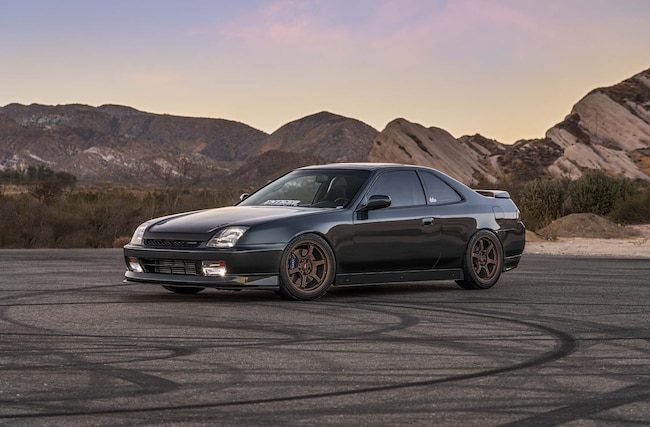 Arturo's high school years are where he first took notice of '80s and '90s imports in general, but more specifically it was the various Honda chassis that really caught his attention. "I've always had a soft spot for Hondas," he recalls. "From Civics, Integras and CRXs to the NSX, Honda was definitely my favorite. I used to love watching videos on YouTube of these really fast Civics beating Lambos and other exotic sports cars. I thought it was the coolest thing ever and since then, I knew I'd have to get something like that for myself someday."

He wasn't gifted his first car or given the "ok" to pick something used and reliable, so Arturo took it upon himself to get to work. "Right after high school, I found a warehouse job, and for months I worked hard and saved every penny I could to be able to buy my first car." Though it would have probably been cheaper to pick up an older model Civic or Integra, after researching his options, Arturo went a different route with the fifth-gen. Prelude chassis. "I thought it was a unique car that not many people were modifying. I really loved the long, slick body lines and thought it had a timeless design with a lot of potential." After finding a clean version for sale after weeks of online searches, this '97 Prelude was all his. 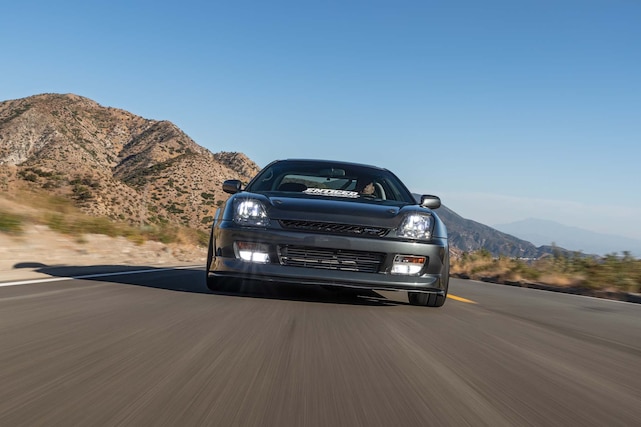 For the next three years, the car sat comfortably, lowered and on a set of wheels with its main job serving as Arturo's daily driver. Here and there he'd make small additions when money allowed but the changes were admittedly very mild. A few years after that, he moved out of his parents and into his own place and finally had his own garage - a space that would soon serve as the Prelude's operating room and shelter, as plans that had been circling in his head for so long were finally able to begin. He notes, "The goal with the car was to build something that I could enjoy all around, taking it road racing and on canyon runs, and still enjoyable and comfortable enough to drive on the street."

Don't Get Lost in the Sauce

Over a three-year period, Arturo's Prelude, which had only seen a handful of minor modifications, was getting the long list of changes he'd dreamed of for years. He pulled the engine out and had the entire car and engine bay painted Ford Magnetic Gray Metallic. JDM front end pieces were added to the color change, as were PCI side skirts and a Mugen rear valence, offset by a custom front splitter. The rich, deep paint tone pairs nicely with bronze GramLights 57DR. It's enough to signify some personalized touches but not a drastic change from those factory bodylines that appealed so much to Arturo from the very beginning. With the paint complete, the original H22 wouldn't make its way back into the bay, as that space was reserved for an H23 "blue top" swap. Strengthened with ARP head studs and a Supertech valvetrain, a KS Tuned balance shaft eliminator kit was installed and the long block bolted in place. Those changes were in anticipation of a complete Enticed Motorsports turbo kit, based around a Comp Turbo 58/58. Keeping the 2.3L cool is a Rywire-spec CSF radiator and custom AN lines that connect to a one-off TracTuff swirl pot. Additional updates, like the 1,000cc injectors fed by an AEM 320lph pump, the coil-on-plug conversion, and Hondata S300 V3 help support the now boosted H-series that pumps out 427hp with almost 400-lbs.-ft. of torque. 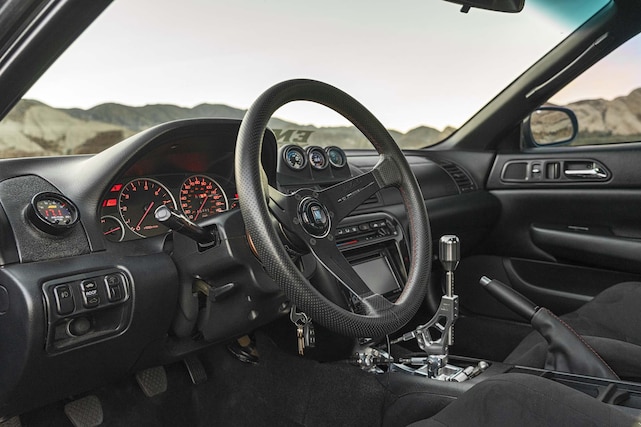 In order to stick with his vision of a street-friendly, track-capable build, the factory panels inside the cabin are still intact but the OEM seats were replaced by lightweight Buddy Club buckets and the OEM shifter and shift cables upgraded. The Honda steering wheel was also removed and replaced by a Nardi version, and you'll notice a number of gauges on either side to keep tabs on the boosted setup. 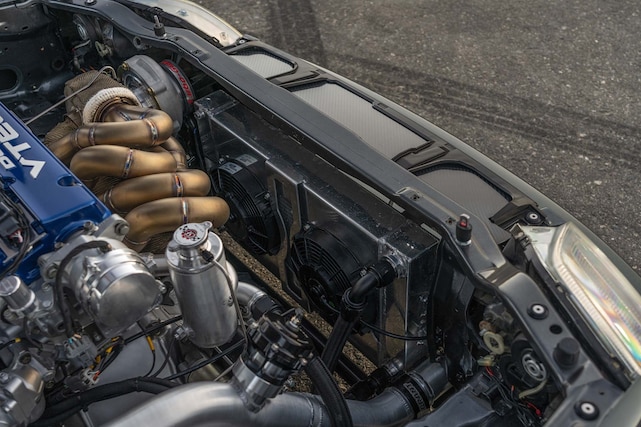 In terms of project cars, Arturo's Prelude has been with him quite a bit longer than most builds we come across, and it wasn't always easy. He adds, "I've gone through tons of hiccups and setbacks along the way, but I never gave up or lost motivation. At the end of the day, even after all the struggles, I still had fun with my friends helping me, learning and building the car just the way I wanted." This isn't goodbye, either, as there are some lofty goals that still lie ahead. "My future plans in the works are to put in a built block and transmission, do an AWD conversion and maybe install a standalone engine management system with a digital dash display." Based on Arturo's ability to apply himself, we have no doubt those upgrades will make their way to his fifth gen. in no time.