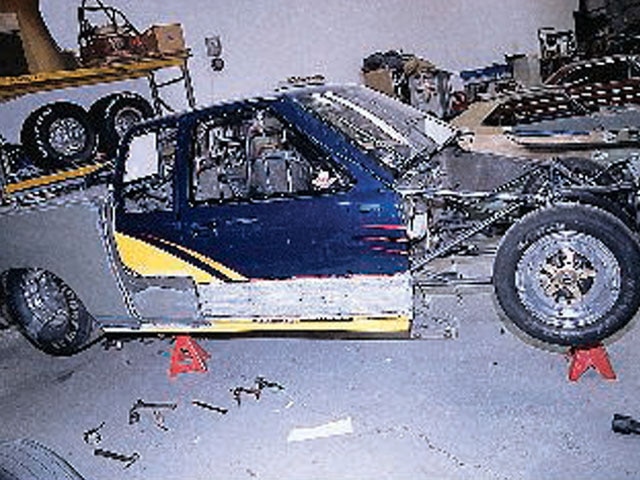 The Venom Racing team knows how to get down the 1320. Its Quick Class Civic coupe has seen its fair share of hard time and party time.

In 2001, the Civic was joined by a Supra-powered Toyota Tundra Pro Truck. With intense engine and chassis tuning, the truck progressed from running mid 9s to breaking into the 7s. Toward the end of the 2001 season, the Venom truck took a spill, not only damaging the truck but also injuring the driver, Jimmy O'Connor.

With an engine that produces more than 1,000 hp, the team realized hitting low 7s would be all about chassis tuning. Chassis builder/Funny Car pilot Grant Downing rode an accelerated learning curve as he deciphered the major differences in tuning a turbo import as opposed to a domestic that produces much more torque.

The truck had just barely made the 7s when Downing, owner of Paralax Racecars, got involved. During a test-and-tune session, Downing tweaked the four-link set-up and the truck blasted a 7.5 at 180-plus mph with no additional horsepower. During that same session, O'Connor lost control of the vehicle, resulting in a heavy impact. The truck was put on the sidelines and O'Connor's fractured leg would take much longer than expected to heal.

Now that NHRA's Pro Truck category has been eliminated from domestic drag racing, Venom had the opportunity to purchase a cheap, used Pro truck. The S-10 was sent to Paralax, where it was transformed into a Tundra. Not only will Downing be building and tuning the chassis, he'll also be piloting the six-cylinder Python.

Considering Downing is accustomed to five-second Nitro Funny Cars, this pick 'em up will definitely feel like a Friday night cruise down Main Street. How does Downing feel about taking the reins on the truck? "I think it's great, but I don't know what I'm gonna do with the extra time I have going down the quarter mile," he says. "I was also thinking about not installing a driver side window so I can hang my arm out."

The engine that will be used is a Supra 2JZ-GTE, but plans include a Toyota Tundra iForce V8, topped with a supercharger. As it stands, Venom will have a lethal one-two punch as Bruce Mortensen will continue at the controls of the Civic in 2002. 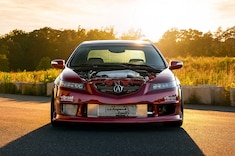