Bergenholtz Racing Drag Racing - Back To The Old School 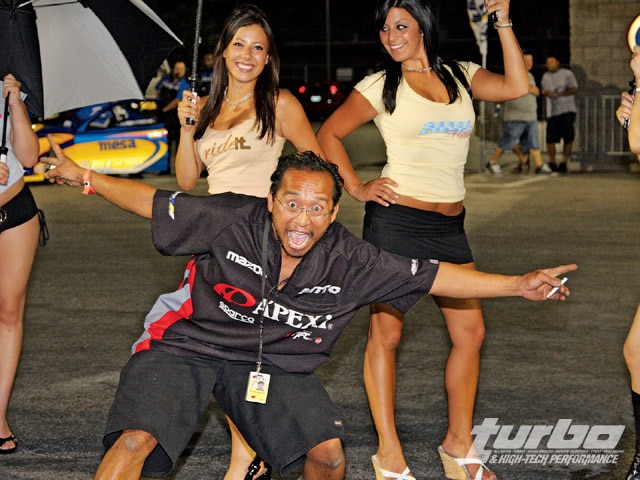 I'm Ron Bergenholtz and, as some of you know, I've been in the sport compact arena for what seems like forever. My company, Bergenholtz Racing, is known for drag racing. Some of our accolades include first unibody in the 9s, inventor of wheelie bars on front-wheel-drive cars, first front-wheel-drive import in the 7s, and back-to-back NHRA Pro FWD Champion in 2005 and 2006. With the departure of NHRA sport compact from drag racing, Bergenholtz Racing decided it was time to get back to its roots.

The world-famous Battle of the Imports was where it all started and we decided to follow and work with the father of import drag racing, Frank Choi. Battle of the Imports brought back the fun factor in sport compact drag racing with a very nostalgic flavor. The Las Vegas Battle event not only offered very competitive and entertaining drag racing but Frank also brought something very new yet very old back into the picture. He matched up Ed Bergenholtz, pilot of the Pro FWD Mazdaspeed6, against some very fast championship Detroit-power V-8 competitors. Ed and his Pro FWD Mazda6 beat all three V-8 rear-wheel-drive cars in all three rounds. It was some very serious and amazing entertainment. The predominantly import crowd went nuts!

With the Battle event occurring at night, I couldn't help but feel like it was the street races back in the day. (I don't condone street racing-although that is where it all started.) The V-8s that Ed beat were begging and pleading to go at it again. I was young again; it felt as if I took a sip from the Fountain of Youth. The entertainment value as well as the experience at Battle against the V-8s was a breath of fresh air that I had forgotten about.

In the very beginning, import cars were built to take down these V-8s. We wanted to show that our little four-cylinder front-wheel drive could get the job done. We didn't want to be like everyone else; we wanted to stand out and do something a little different. Nevertheless, we forgot why sport compact drag racing evolved-to take down rear-wheel-drive V-8s. The Las Vegas Battle of the Imports event was reminiscent of this time and took me back to being 16 again-when it all started circa 1988.

Bergenholtz Racing Drag Racing - Back To The Old School
Photo / 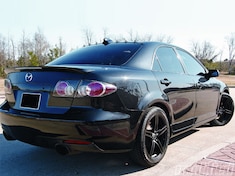 I wanted a car that was great looking, not over-the-top and still usable every day. I love that no one knows what my car really is, then I drop the clutch and it rockets off, leaving them in my dust with their jaws dropped. Click to read all about Dustin's 2007 Mazdaspeed 6. - Modified Magazine

Read about the 2007 Mazda Speed 6 and how performance upgrades like an AEM cold air intake, can increase power.- Import Tuner Magazine