Newsletter
Sign Up today for our FREE Newsletter and get the latest articles and news delivered right to your inbox.
Import Tuner girls

Past And Present Come Together In Our 100th Issue

In the fall of 1998, Import Tuner debuted on newsstands to the surprise of many, showcasing a bright yellow CRX, surrounded by two smoking hot twin sisters known as Olivia and Jennifer Clarin. Working under the IGC umbrella, Import Tuner was published as a special spin-off issue from its popular sister publication, Turbo Magazine. Pioneering a fresh, new concept of combining both import models and bad ass cars all rolled into one, Import Tuner was propelled to stardom and has maintained its popularity for the past nine years. In celebrating our 100th issue, we thought our readers would enjoy a retrospective with our models from past to present. So enjoy some never-before-seen photos of the hottest models to grace the cover of Import Tuner magazine while getting some up-to-date news on what your favorite models have been doing since their cover debut. 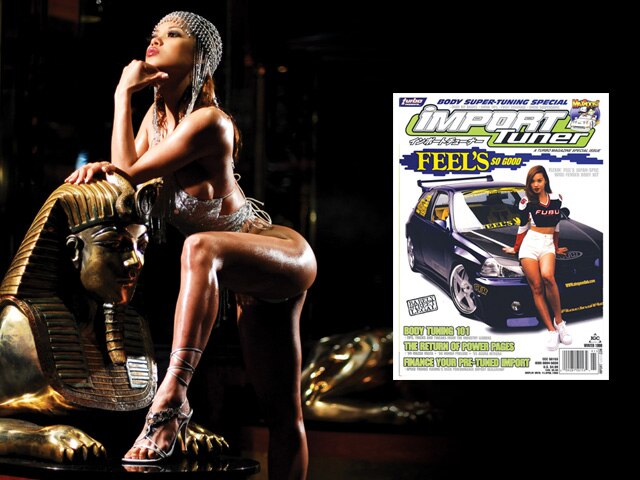 Francine Dee caused a state of panic in the Winter of 1999, as boys, men and even women ran to the newsstands in hopes of snatching up a copy of Import Tuner's issue No. 2 to witness the hottest Filipina/Chinese woman seen to date. An unknown model at the time, Francine and her stunning looks brought worldwide attention to import models and the aftermarket car scene. She is one of two early import models to grace the cover of Playboy Magazine. Francine has appeared in several music videos including artists 50 Cent in 2003, Snoop Dogg, Ashanti / Ja-Rule and Tyrese, to name just a few. She also made a small cameo appearance in the movie Soul Plane. Francine continues to draw crowds of fans at various venues and shows. Currently living in Las Vegas, this ageless beauty continues to cause men to do double takes and be the envy of all women. 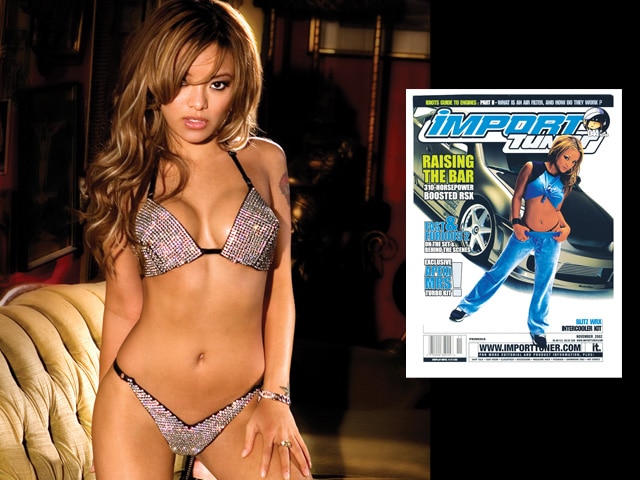 Tila Nguyen, otherwise passionately known around the world as Tila Tequila, not only tops our list of the hottest models of Import Tuner but has managed to skyrocket her looks and feisty attitude into the world of super stardom. Special guest appearances on CNN, music singles produced by Lil Jon and most recently disclosed to be working with VH1 on a television series. Voted as "The Webs Hottest Mama" by Stuff magazine, Tila has been seen on numerous publications such as Maxim, Rolling Stone and Time Magazine, but none can deny that we, Import Tuner, helped open the opportunity doors for this hot Houston native bombshell in November 2002, on the cover of our 44th issue. 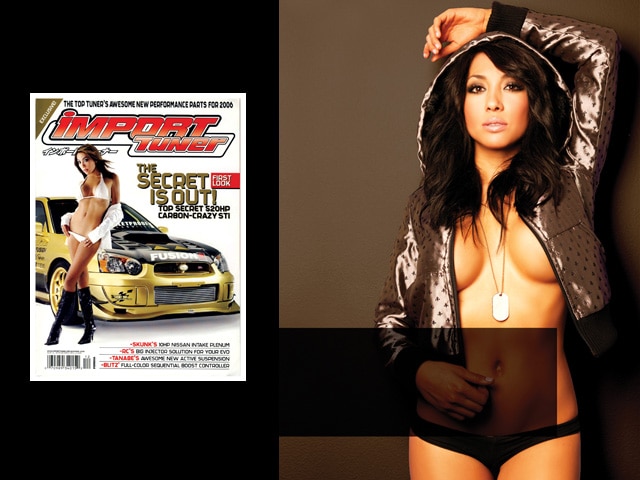 Alie Layus made headlines at her first car show in San Mateo in 2005 representing the Bay area by wearing a skimpy shirt with the words "Hella" emblazoned on the front. Import Tuner quickly jumped into action placing Alie on our 81st issue in December 2005. This energetic, long-legged beauty was seen on various print magazines such as FHM, the Island Eyes 2007 calendar, and more recently can be seen in major department store videos as an official Ecko model sporting their Red Clothing fashion lineup for the 2007 season. Alie is currently working on plans to launch her very own photography website (alielayusphotography.com) whom she accredits David La Chapelle as her main inspiration for artistic creativity. 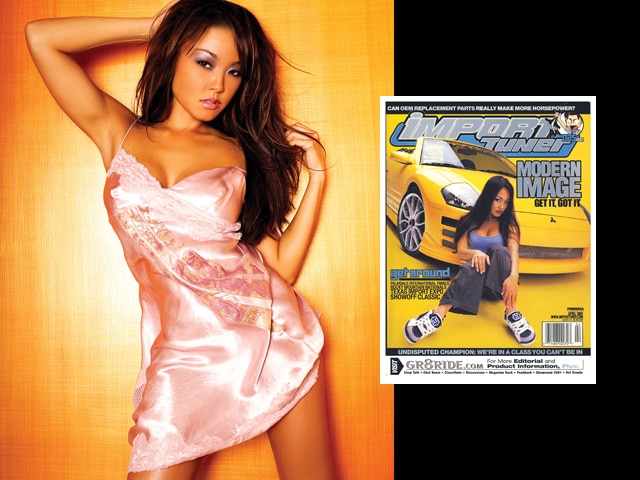 Natasha Yi was discovered at an Import Tuner party by staff members in 2001 and was quickly contracted to appear on the cover of Import Tuner's 25th issue in April 2001. This Korean-American bombshell was accredited as the first Asian model to grace the set of "The Price Is Right." Due to the overwhelming response from viewers, producers booked her on three primetime Million Dollar Specials. You may have also caught this bombshell in a dozen or so issues of Playboy that started her career as a model. Playboy scouted Natasha during her senior year of high school. Only after two features in the magazine, Natasha was named one of Playboy's Reader's Choice Top 10 models. Natasha quickly made her transition from TV shows such as Pamela Anderson's syndicated show, "VIP," to movie appearances including "The Run Down," "Cradle to the Grave" and "Rush Hour 2." Most recently, Natasha is busy filming the lead role in an upcoming movie called "Thunder Over Reno: Billed as the World's Fastest Love Story!" set to release in all major theatres in the fall of 2007.

Ursula Mayes, of Korean and German/Native-American decent, bought sex appeal to a whole new level on the 80th issue Import Tuner cover in November 2005, while representing the import scene as Miss Hot Import Nights. Featured in magazines such as Maxim, Muscle & Fitness, OC Health and, most noteworthy, People magazine's "100 most beautiful people" issue. Her exotic look has gained international appeal in countries such as Korea, Japan and Europe. In our November 2005 model interview, Ursula mentions a new TV show she had just piloted. Who would have imagined the show she was talking about is now the No. 1 game show in the U.S. Ursula appears as suitcase model No. 5 on NBC's hit game show "Deal or No Deal." Most recent projects include Ursula being featured in a global video game by THQ called "Juiced 2: Hot Import Nights," soon to be released 4th quarter of this year on consoles such as XBOX360 and Playstation 3.

Leah Dizon instantly caught our attention after being referred by Jtuned's own Fred Chang as the perfect candidate for our 77th issue in August of 2005. Born of Filipina, Chinese and Caucasian decent, Leah possessed the girl-next-door look, intertwined with major sex appeal. After posing for Import Tuner magazine, Leah gained notoriety from fans across the sea and in October 2006, she released her first photo book titled "Petite Amie" ("Girlfriend" in French). In 2007, Leah made her debut as a singer under the record label Victor Entertainment. Her debut CD single and DVD package, "Softly," was released on February 14, 2007 in Japan and stayed at No. 7 on the Oricon Charts for two days and then rose to No. 5. At the same time, she also released her second photo book titled Hello! Leah. She is currently working on her second single, and the rest of her debut album. Look out Utada Hikaru! Japan's got a new sweetheart!

Christine Mendoza has spellbinding looks and curves in all the right places (might I mention 36/24/36) that would bring a grown man to tears. At the ripe age of 18, she began her official modeling career by posing on the cover of our 29th issue in August 2001. Her mother, impervious at the time of her modeling career, was quickly brought into reality as she mistakenly found Christine's Import Tuner cover at the local supermarket. Within Christine's website biography, we quote her mom saying "Wat is DIS?! When werr yoo going to tell me about DIS?!" ....she started screaming off the top of her Filipino lungs! After some discussion, her parents finally calmed down enough to understand and trust her judgment, giving her their blessings to continue her modeling career. Christine received instant notoriety and quickly established herself as one of the most popular import models in the scene. Christine's beauty has also been seen on various music videos including "Bebot" of Black Eyed Peas.

Mia Guzman caught the attention of our Import Tuner staff in Seattle, Washington during an HIN show. This Filipina beauty, with those alluring eyes was found posing in front of LJ Garcia's infamous Feels body kit Civic. In March of 2002, in issue No. 36, Mia graced the cover of 2nr with the same vehicle and stole the hearts of millions of pubescent teenagers across the world. Today, Mia has blown into a superstar in her own right, appearing in several episodes of the comedic hit TV show Reno 911 as Kiki, and more recently has been seen as a regular on the smash hit "Nick Cannon Presents: Wild 'N Out" as the Wild' N Out Girl. Presently, Mia is working to get her website together while she works tirelessly in honing her DJ skills in hopes of one day becoming the hottest DJ on the planet to spin the ones and twos.

Sasha Singleton has created a name for herself as the most recognized model within the import scene since her cover debut in Import Tuner issue No. 11 in February 2000. Crowned "Miss Hot Import Nights" in 2000, Sasha has been touring nationally as an official spokes model and Glo-go dancer for the past five years. This drop-dead gorgeous model, along with her exotic look, landed her on the pages of Playboy and Hustler Magazine, while also keeping busy on syndicate shows such as Playboy TV, FX, Comedy Central and even MTV. Currently playing host for the No. 1 selling car enthusiast DVD, Sasha plans to open her very own retail store in Southern California.

Mercedes Terrell brings a fine blend of Sicilian and Mexican heritage onto the covers of Import Tuner in our issue No. 63 in June 2004. Selected as one of FHM's 20 hottest dates, Mercedes was seen making boys drool within the import scene as Miss Import Showoff, while eventually landing an exclusive spot as a Toyo Tires spokes model for two years running. Within her busy schedule, Mercedes managed to represent Red Bull Energy Drink while even being crowned Miss World Cup Soccer in 2006. If sex appeal sells, then Mercedes has more than enough to offer. Featured in more than five music videos including Diecast's music video "Rise and Oppose," Velvet Revolver's music video "Motion Theory" and the Big Z featuring Warren G music video "The Biggest," to name a few. Mercedes continues her modeling career as continues to educate herself while working towards obtaining her masters in business. 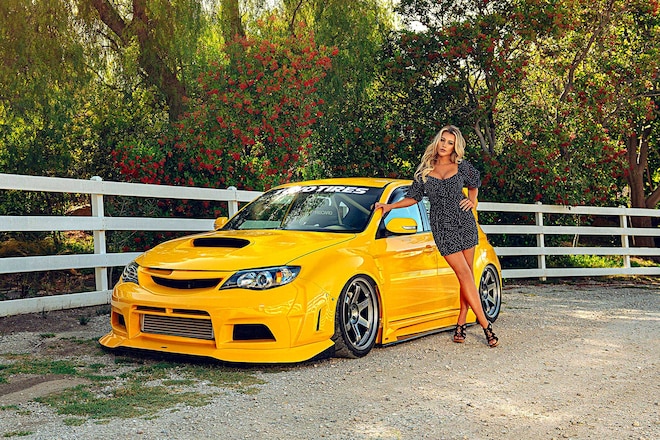 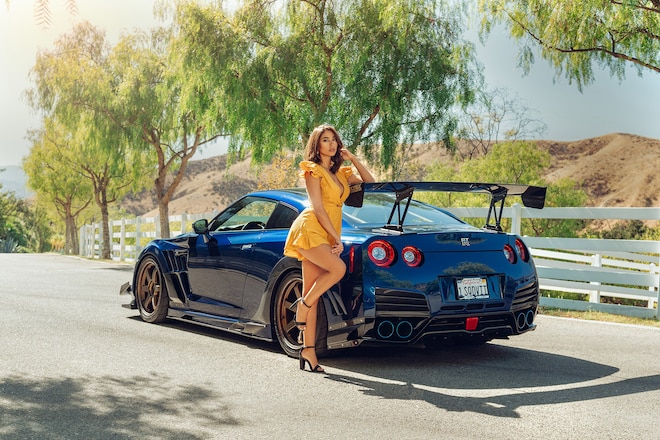 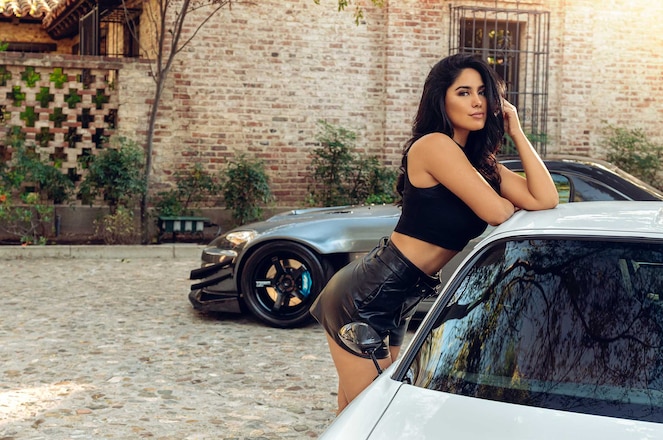 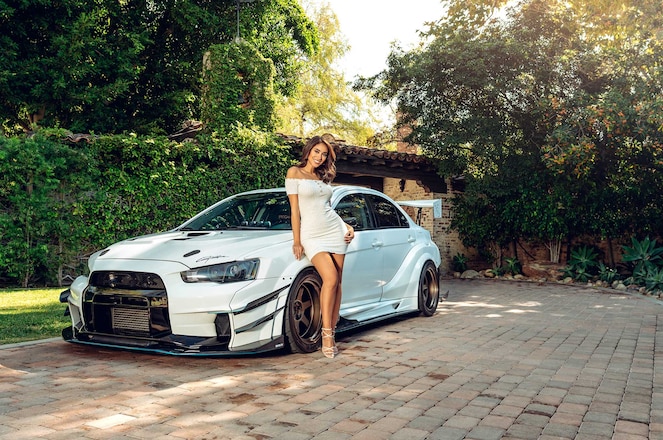 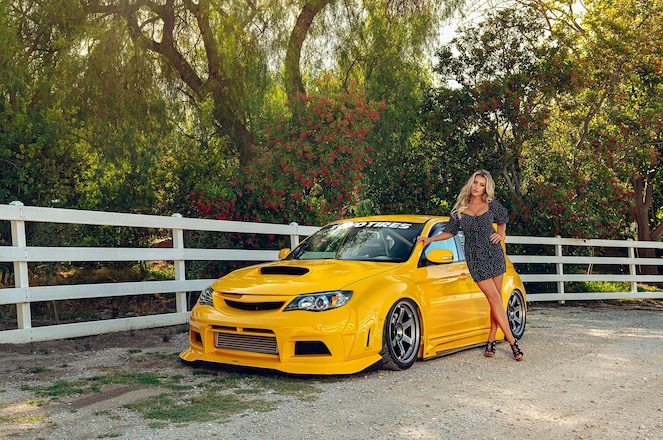 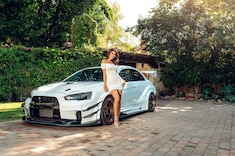 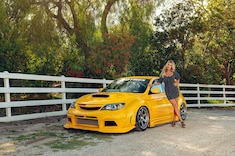 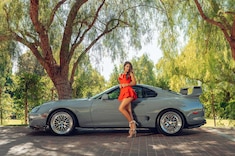 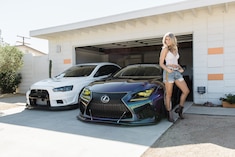 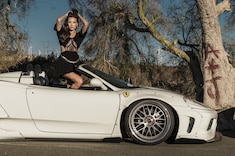 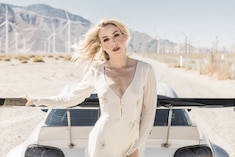 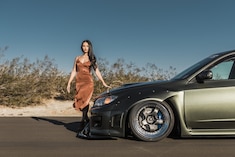 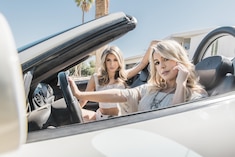