And you thought building a car today was hard... 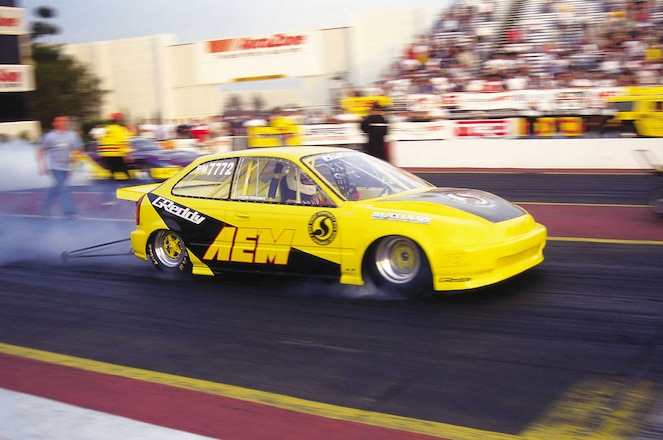 Import tuning pioneers of the '80s and '90s didn't have it easy. With the exception of a few key bolt-ons, those searching for more power often looked to the land of V-8s for things like tunable EFI systems that were slightly more flexible than a pair of carburetors and valvetrain bits that, most of the time, didn't break. The recipes for power and better handling were simple, partially effective and, by today's standards, absolutely disappointing.

Now: Getting serious underneath the hood almost always starts with an engine swap. Find yourself some sort of eight-cylinder LS engine by way of GM or one of Honda's many K-series mills, for instance, both of which are being dumped into all manner of chassis, and, with the right internals that are just a couple of clicks away, you're on your way to more power than you'll know what to do with.

Then: If during the late '80s you somehow managed to snake-charm more than 200 whp from any four-cylinder mill, you were doing something right. To make all of that happen, you had to start with something that wasn't already a turd, though, like Toyota's 4A-GE or Honda's D16A6, for instance. You weren't about that engine swap life, either, which meant you were restricted to bolt-ons like 2-inch exhaust systems and muffler-shop-made intake tubes, and if you wanted a stronger bottom end, you'd be doing things like shot-peening your factory rods and sticking a thicker head gasket into place to lower that compression ratio. "You couldn't just buy parts like valvesprings and retainers," veteran Honda drag racer and renowned Porsche builder Bisi Ezeriohia says. "We used inner springs from V-8s with shims and large cams but had no way to control them." 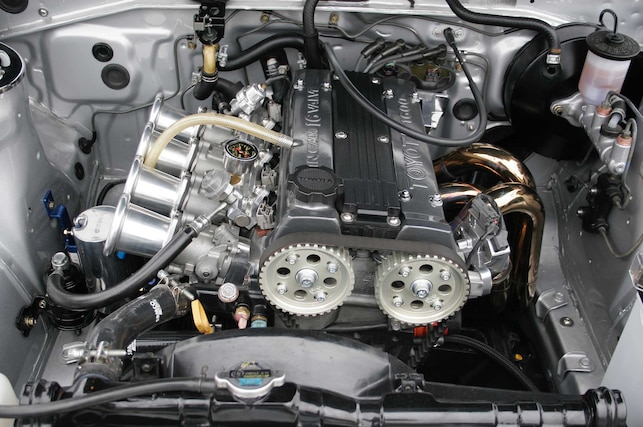 Photo 2/7   |   Making decent horsepower in the '80s and '90s meant you'd better start off with the right engine, like Toyota's 4A-GE, for example, that had a fair amount of aftermarket support early on. 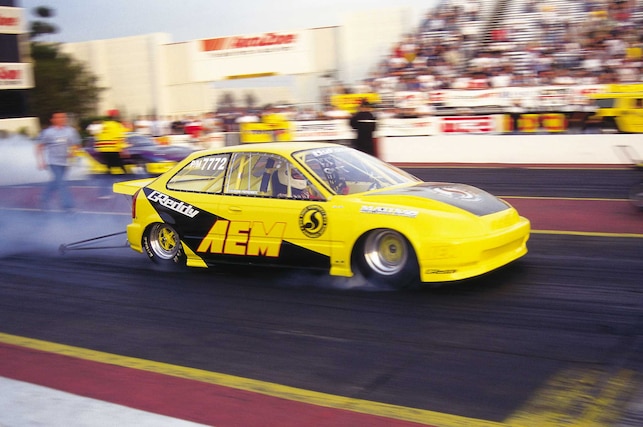 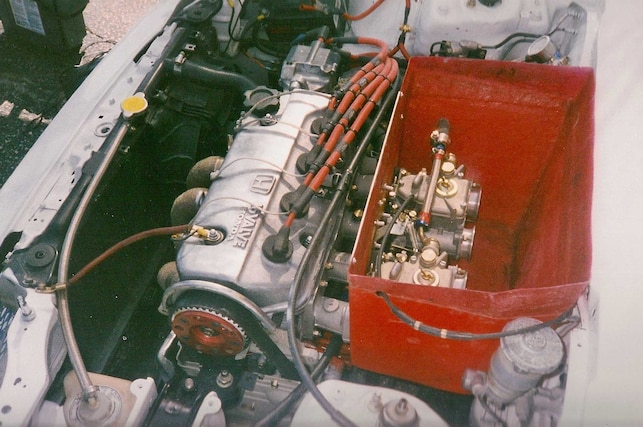 Photo 4/7   |   Custom manifolds and side-draft carburetor setups were some of the first upgrades naturally aspirated power-seekers made.

Now: We have a standalone engine management box and higher-flowing injectors for just about any car. Dynos and tuners can also be found all across the country, meaning the chances of you having a 500hp engine that won't blow up are better than ever.

Then: Transport yourself to a time when MKIII Supras were still posted up on dealer lots and you'll find yourself with engine management systems about as complex as pagers and that cost about as much as that Supra. Your resourcefulness would lead you to electronics like additional injector controllers that allowed you to plumb a couple of extra fuel injectors that you nabbed from, say, a stock RX-7, into your intake pipe to richen things up or ignition controllers that'd allow you to dial back timing while squeezing the nitrous. Longtime racer and tuner Myles Bautista recalls one of the first standalone systems, Electromotive's TEC-II: "I'd rather have that 8x8 table than a rising-rate regulator," he says. "The biggest drawback was the crank trigger wheel. I'd downshift on the freeway, the car would shut off, and all of a sudden I'd see this magnetic wheel rolling next to me." 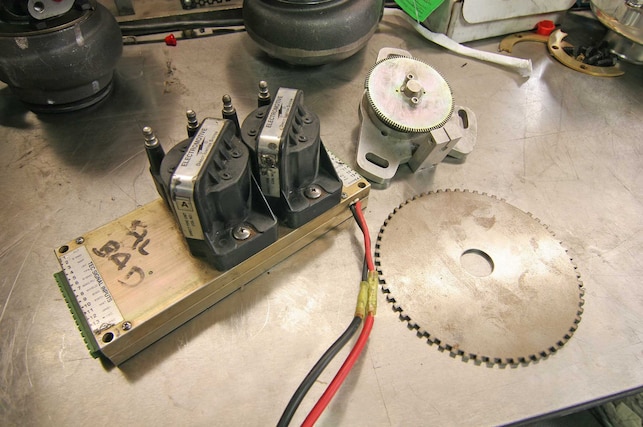 Now: The number of different turbocharger housings, wheels, trims, and A/Rs available today all mean that turbo customization just got a whole lot better and that your 1.8L engine can have it all: a big compressor, decent low-end torque, and the kind of top-end power that'll earn you a mug shot.

Then: Two decades ago, turbocharging your naturally aspirated engine was simple, relatively inexpensive, and almost always resulted in something exploding. The basis of early Honda turbo systems, for instance, was the T3/T4 turbo that was good for upward of 350 whp, a side-mount intercooler you found at the pick-a-part, and a boost-dependent fuel pressure regulator that'd make today's dyno tuners weep. According to Bisi, who's turbocharged everything from Odyssey minivans to a Hyundai sedan, "There were no options, we were limited with sizes, and we couldn't experience today's power because of the cartridges, for example, that just couldn't keep up." 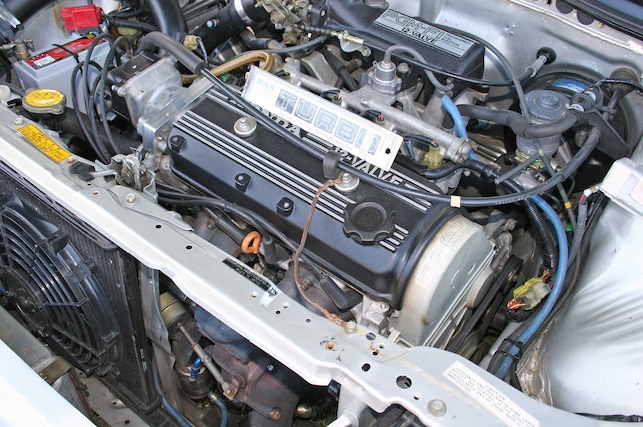 Photo 6/7   |   Early aftermarket turbo systems like those from HKS with their internal wastegates and modest intercooling systems (if any at all) weren't easy to detect.

Now: Specialized carbon composites and the ability to fit two or three smaller discs within the same bellhousing mean clutch clamping forces have gone up, grip's increased, and the pedal-feel between a clutch that'll hold 500 lb-ft of torque and 150 lb-ft of torque just got a whole lot harder to tell apart.

Then: How a clutch does its job hasn't changed but the materials and manufacturing processes have. More grip in, say, your '90s DSM meant you'd be getting stuck with a dual-diaphragm pressure plate that'd lend you an unusually muscular left leg and a solid-iron disc that bucked like a bull, chattered like a banshee, and engaged like a switch. "The biggest problem for me was the drivetrain," Bisi says. "Transmissions cost me a lot of races. Nowadays we have access to cost-effective gears, axles, and other pieces that mean they're no longer a problem."

Now: Look hard enough and you can probably find 32-way-adjustable coilovers and a set of stiffer anti-sway bars for your aunt's automatic Camry. There's no shortage of coilover systems, bars, braces, and alignment bits, which means you've also got no excuse for never tracking your car.

Then: Go back in time a couple of decades and, even if you had something the aftermarket already recognized, like a second-gen Integra or an S13, and you were stuck with stiffer but non-adjustable shocks and fixed lowering springs that, most likely, you'd lopped a couple of coils off of and made everything worse than before you'd started.

Now: The lines between DOT-approved street tires and those formulated solely for the track have never been more blurred. Advanced compounds mean you really can get the best of both worlds. And newer wheel technologies like flow-forming mean stronger and lighter-weight wheels that you can afford are more popular than ever. And according to Eddie Lee of Mackin Industries, even forged wheels are becoming more affordable. "It's much easier to find a great fitment for virtually any car, but buyer beware, there are still lots of junk wheels on the market."

Then: "Back in the day, we were limited with sizes and technology," Lee says. "It was harder to get product and it was harder to get the perfect fit for your car." Tires were just as bad, where those designed for the street just weren't worthy of the occasional track day. Indeed, times have changed, and sometimes you've just got to look back to see how good you've got things now. 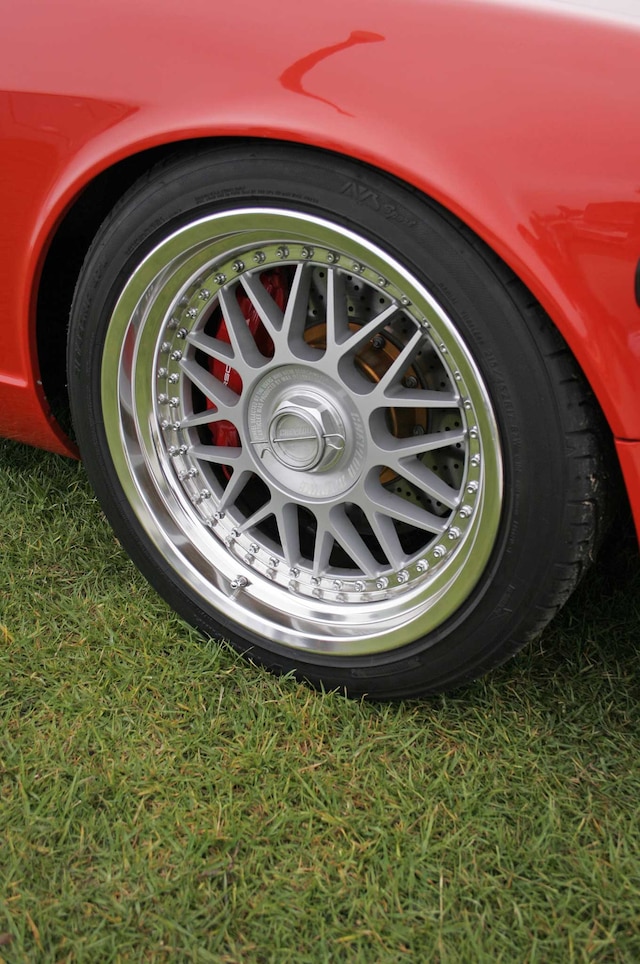 Photo 7/7   |   Twenty years ago, aftermarket wheels were limited and expensive. Today, you've got your pick between cast, flow-formed, and forged in all sorts of diameters, widths, and offsets that just didn't exist two decades ago.
View Photo Gallery (7) Photos
SHARE ARTICLE 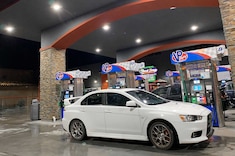 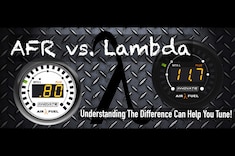