Toyota has axed the Celica, but we've only started with this GTS. 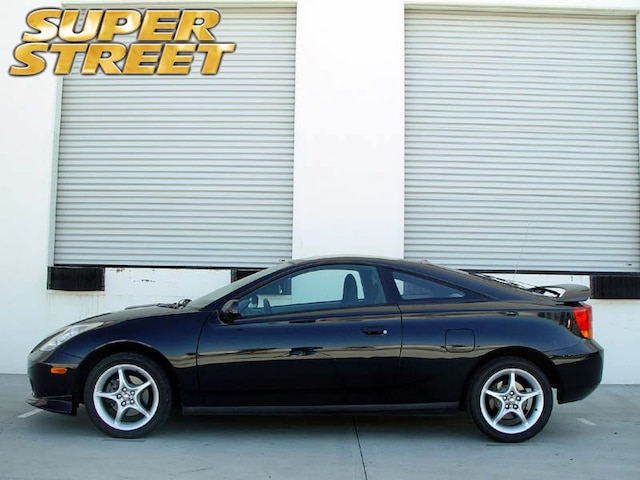 Photo 1/22   |   This is what the Celica looked like before Eibach installed their Sportline springs. The fenderwell gap was so big that even Jonny could stick his head through it.

If you don't know by now, let us break you the news: Toyota has decided to axe the Celica and MR2 line. After lackluster sales, it was inevitable. Factor in the burgeoning success of the Scion TC, and it makes sense in terms of dollars and sense. The TC has given Toyota the extra nudge to go ahead and just pull the plug. Sad as it may be, Celica and MR2 owners will still have the same enthusiasm for years to come. Car nuts will always build up older cars. The aftermarket ensures this. One such owner saw the departure of the Celica as motivation to keep her own, a 2001 Celica GT-S. Michelle Guevarra, an accountant by trade and car lover by passion initially thought about purchasing a newer luxury car. But who wants to be stuck with car payments for the next six years? Being an accountant helps in situations like this. Her reasoning was simple: sinking more money into a newer car would not open more doors for her or appreciate in value. It would just suck up more money, and actually depreciate in value each year. Think about it: dropping $50K on a car won't give you much room to buy parts, either. Besides, you're young. You have plenty of years ahead of you to swoop up a luxury car. But if you're pushing 40's door down, now's a good time to plunk down that hefty down payment on that SL55 you've always wanted.

So after the decision was made to keep the Celica, the next question arose: leave it stock or fix it up? Easier than picking your nose with your pinky. Like every enthusiast, Michelle decided that since she was keeping the car, she wanted to hook it up. Nothing too drastic. No extreme body kit, fart can exhaust or blue neon for this car. She wanted to basically get the car out of its nose bleed high status and improve the cornering attitude, so a set of lowering springs was a must. The springs had to be firm, but not to stiff. How many times have you seen lowered cars bouncing up and down? Ok, more specifically, while the car was moving? Not only does it look like you're trying to hit switches, it's flat out dangerous. When the car bounces, its contact patch gets inconsistent, increasing the chances of the tire losing complete grip--not good. If the tire were to skip off the pavement for a split second while going into a turn, you could lose control of your car and wreck it. 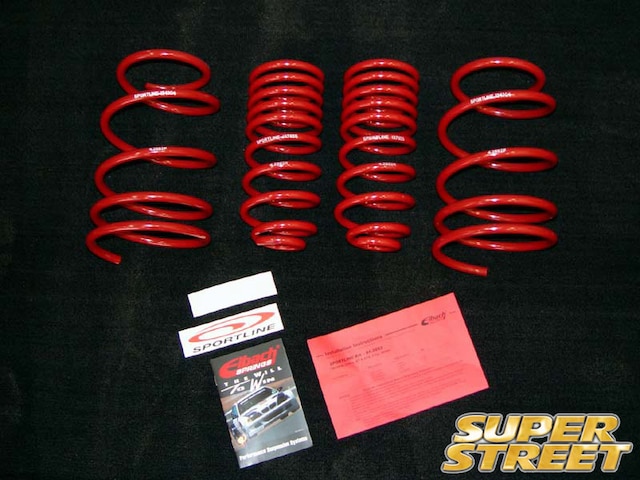 For this reason, we wanted to stick with one of the most reputable suspension brands under the sun: Eibach. Eibach has been manufacturing springs since 1951 (that's 54 years!) and they make performance springs for almost every car out there. Two kits are offered for the Celica GT-S: Pro-Kit and Sportline. Pro-Kits would have lowered the car a little more than an inch. Since the owner has planned on going with larger 17-inch wheels, Eibach recommended that we go with Sportlines, which lower the car 1.8 inches up front and 2.4 inches out back. Note that when using the Sportline kit, it's highly suggested that Eibach's alignment kit is installed to bring the camber specs back into spec. Follow along as Eibach rejuvenates Michelle's Celica.

The car not only sits closer to the ground now, the handling difference was apparent from the first turn we took. The car's turn in is crisp, but the ride was only a bit more firm than stock. Amazing. But wait, there's more! Michelle also has her eye on a set of bigger and blingier wheels and tires to complement the Sportlines. Tune in next week for part 2 as Eibach installs their Anti-Roll Bar Kit and Pro Alignment Kit. For more information on Eibach Sportline springs, or to see if they make performance springs for your car, go to www.eibach.com and check out their online catalog.