So you want to be a track superstar? Live large-big house, five cars? The track superstar part we might be able to help you with, but for the big house and five cars bit you'll have to talk to Project Car's editor in chief, Ricky Chu. We've received endless questions about our Time Attack event and what it takes to compete, so we decided to take on a little project this year to give you guys a little more info on what you'll need to make your car a star on the track. 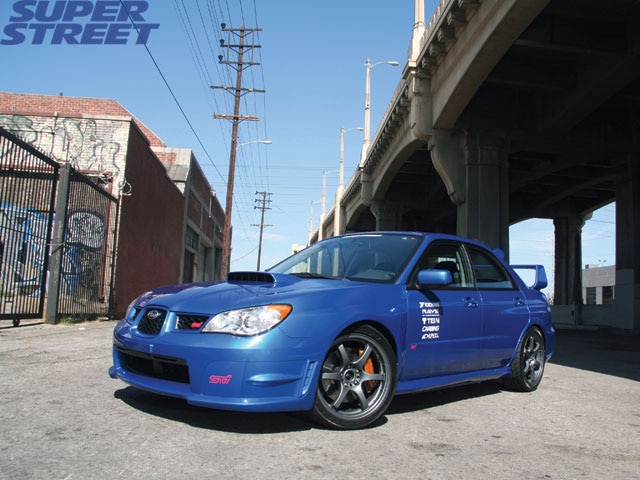 A few years ago, the industry buzz was all about drifting; nowadays, it's shifted to road racing-particularly the oh-so-overused term "Time Attack." In case you haven't noticed, we've been doing our Time Attack event since 2004, starting off with 30-plus cars and growing as the years pass. Our event has evolved greatly, and recently we changed the name to Super Lap Battle since it now includes our sister publications, like Modified and Import Tuner. With these changes, we've also added the new Street Class, which is for true street cars, with a full interior and as much as you want done to the performance while still running on street tires. In search of the ideal platform to build up, we went with the almighty, all-wheel drive setup of the Subaru WRX STI. The winning car of our Limited AWD Class in 2006 was Crawford's STI, so we knew this would be a strong contender. Subaru graciously let us borrow an '07 STI to build up for our Street class. To start it off we'll be tackling the suspension, wheels, and tires.

SUSPENSION
One of the first things we all do when we modify our cars is lower them. Now, with the abundance of coilover setups, there is a plethora of choices. When picking the ideal suspension setup, you need to look at what you're using the car for. Are you using your car for everyday driving? Do you want to build a track monster to take out the Cyber Evo? Or are you looking for something that's in between? That's exactly what we wanted, so we picked up a set of Tein Mono FLEX coilovers, especially since we'd end up driving the STI more to pick up lunch than we would on the track. We needed something that wouldn't send us to a chiropractor every week but would still be fully capable of attacking the corners at the track. 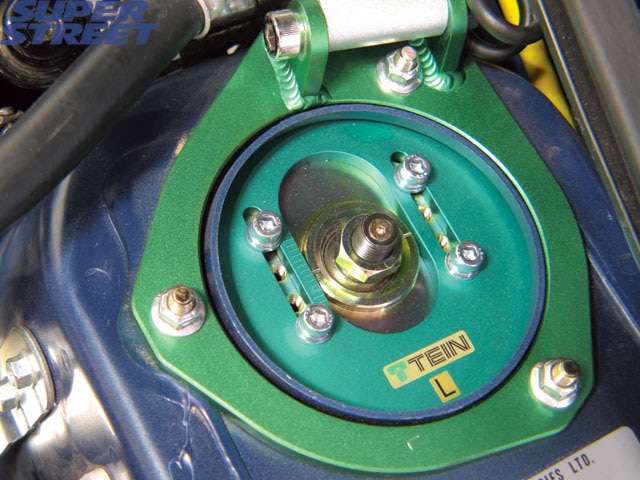 Without going into too much detail and boring you to death, let's just go over a few basics. Springs are used to control how much the suspension travels while the shocks (or struts) help control the speed that the spring travels. Coilovers combine the spring and shock together into one unit, allowing you to adjust the ride height and, on certain types, the shock dampening. The Tein Mono FLEX is an inverted strut, mono-tube design with separate ride height and spring pre-load adjustments, and is 16-way adjustable and EDFC compatible. To put it simple: it's durable adjustability.

The inverted struts increase the rigidity of the struts, which allow it to sustain the abuse of potholes and dropping a wheel off the track. The mono-tube design allows a larger valve to push more fluid, allowing the use of a higher spring rate while keeping the shock fluid cooler for consistent response.

With the Tein Mono FLEX, we were able to dial in the suspension for both street and track with very little work. This car is mainly a street driven car, so we set the ride height accordingly so that we don't have to go parallel over speed bumps and can hit potholes without bottoming out. When it's time to go the track, we can adjust the height, camber, and toe, and with a press of a button on the EDFC, adjust the shock dampening, and be ready to tear up the local SoCal NASA events. Ask anyone who competes in the Super Lap Battle and they will stress the importance of being able to adjust your suspension. 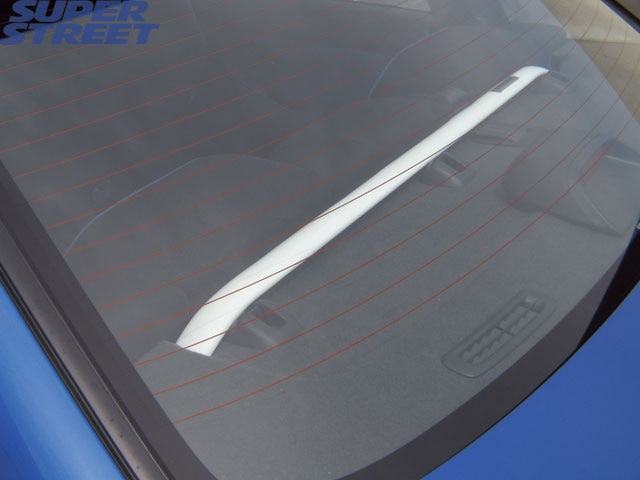 CHASSIS BRACING
If you take a look at our rule book, you'll notice we only require our Unlimited Class cars to have a rollcage; this is primarily because the power and speed these cars have call for added protection in case of an accident. Besides safety, rollcages increase the rigidity of the chassis by reinforcing weak points. You've probably seen street cars with a rollcage; besides looking cool it's really a bad idea and also illegal. On a track you are wearing a helmet, so if you get in an accident and you hit your head on the cage, the helmet helps absorb the impact. On the street, it would be like getting hit in the head with a baseball bat.

So you want the benefits of having increased chassis rigidity without having to wear a helmet on the street (don't do this because this is also illegal)? The next best thing is to reinforce the chassis. Some people use foam to fill the chassis but we prefer adding performance bracing parts, like what Carbing has to offer.

While foam is a cheaper alternative, it's messy, time-consuming and permanent; the beauty of Carbing's bars is that you can remove them whenever you want, but you also benefit from them greatly while installed. The ultimate reason for reinforcing the chassis is to tighten it up against the added twisting and lateral g-forces while allowing your suspension to become more efficient.

Carbing offers a multitude of chassis bars for the STI, but Subaru made some chassis adjustments to the '07 models. The sub-frame replacement and front strut bar pictured were not used, and Carbing is currently redesigning these pieces to fit onto '07 STIs. We were, however, able to install the floor support bars, which are mounted along the frame rails to help stiffen the chassis for longitudinal g-forces from hard acceleration and braking. To help assist with the latitudinal g-forces, we put on a Tein front strut bar, Carbing rear cross bar and Carbing rear strut bar. Surprisingly, the unit that helped the most was the Carbing rear cross bar. This piece is installed in front of the rear seats and connects to the factory seatbelt bolt. This really helps stiffen things in the C-pillar area, but lets you retain the back seat area.

WHEELS AND TIRES
The most fun part of setting up a track car is picking wheels and tires; not only will they help handling, it's also something that makes your ride stand out in a crowd. We decided to go with the new Gram Light 57 Maximums in 18x8.5 with a +45 offset. This gives us a wider track and still clears the factory Brembo brakes. Since we wanted a representation of a true street car, we went with the 235/40R18 Advan Neova AD07 tires. At the Willow Springs Super Lap Battle qualifying round, we were lucky enough to get Katsuma Nakai, the head engineer from Tein USA to set up our suspension. He beat up on the car all day long in the 115 degree heat and remarked on how these tires still held their grip throughout the day.

WHAT NOW?
Subaru STIs out of the box are a contender, the AWD system is great for handling, the stock Brembos give you more than enough stopping power, and the 2.5 liter turbo motor puts out a nice 300 hp. In stock form, this car is great for the street and even light track duty, but knowing us, we need more upgrades to be competitive for the Super Lap Battle Finals. Now that we have the suspension set up with the right wheel and tire combination, we'll be looking to add some power with the help of A'PEXi and Crawford Performance. Be on the lookout in the coming months as we follow the build up of Super Street's Track Super Star.