Active Suspension and the Aftermarket 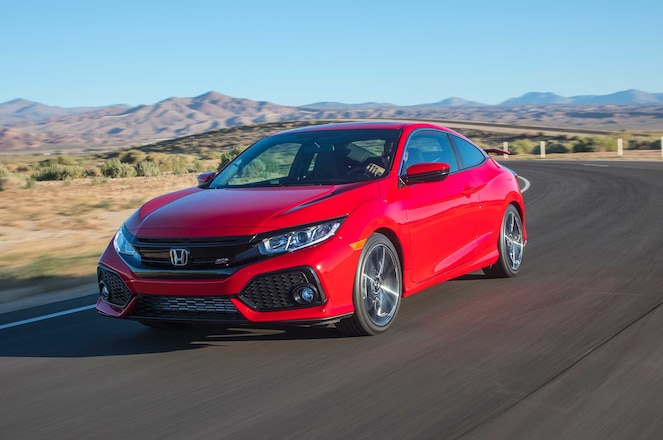 When we think of modern high-performance cars, we expect them to come with some sort of adjustable suspension dampening from the factory. However, we're starting to see this technology on mid-priced cars like the '18 Honda Civic Si. What we probably don't think about is how the aftermarket reacts to this, so to shed some light on the topic we're going to take a quick look at the history of active suspensions, then talk to Coen de Korte of AST/Moton about how this is impacting the aftermarket. 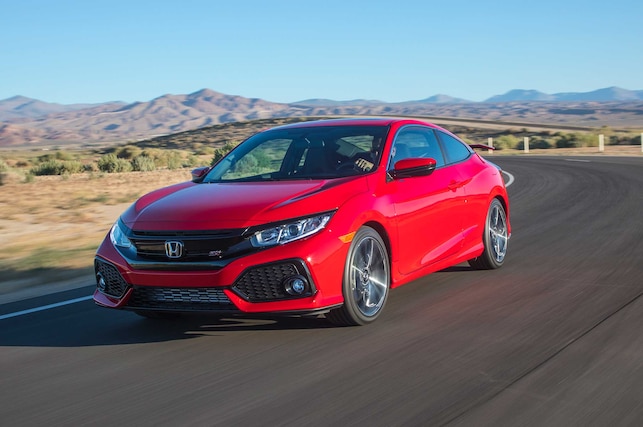 Photo 2/5   |   The new Honda Civic Si is one of many new cars that has adopted adaptive dampers.

A self-adjusting suspension is something we take for granted and assume is a modern technology with the age of computers in cars. That isn't the case, as in 1954, Paul Mages at Citroen developed the Hydropneumatic suspension and applied a version of it on the Traction Avant 15H. It used mechanical sensors on the front and rear suspensions and antiroll bars to continually monitor body movement and vehicle ride level.

It was also tied into the rear brake system because brake power was proportional to the load. It would then hydraulically correct for those movements with the use of a high-pressure radial piston pump on a cylinder above the shocks. However, it was mostly used more for comfort than performance, but proved that the suspension could be adjusted in mostly real time. 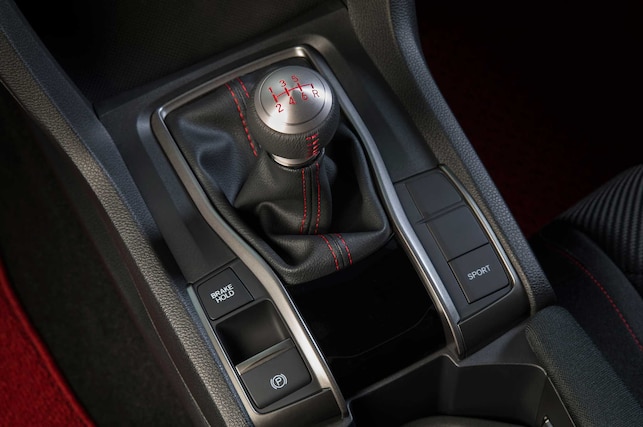 The first application of a computer-controlled electronic adjustable suspension was prototyped by Colin Chapman in an '85 Lotus Excel. It was never implemented but was demonstrated that it could be done. Both systems also act with a force on the suspension system and are known as active suspensions. An electronically adjustable damper that would just affect the curve of the shock absorption wasn't implemented until the 1980s. What we normally think of "electronically adjustable" is known as either adaptive or semi-active. This type of system was first used by a Toyota in 1983 with the Soarer and the Toyota Electronic Modulated Suspension. Cadillac also had a similar system in 1989 on the Allante.

The way these and aftermarket systems work are similar. An actuator, usually a stepper motor, connects to the top of the shock and a needle valve that goes through the middle of the piston rod. From there, it's just like adjusting an adjustable coilover's dampening. Turn one way or the other to create a stiffer dampening rate. Another version, though, uses solenoids on the side of the shock body to bypass fluid from the inner cylinder to the outer one to control the dampening rate.

Then there is MagneRide, a system originally created by Delphi Chassis for the mid-year '02 Cadillac Seville STS. This meant the primary application for this system was GM vehicles, but there were a few other manufacturers who purchased the technology for their vehicles as an OEM performance upgrade. Then in November '09, Delphi Chassis and Brake was purchased from Delphi Corporation by BeijingWest Industries, or BWI Group, and saw applications from GM, Ford, Acura, Audi, Land Rover, Lamborghini, and Ferrari.

The current generation, GenIII, uses a pair of electromagnetic coils in the piston of the shock. A MagneRide ECU controls these coils, and the package flows through a magnetorheological fluid (basically shock oil with iron particles in it). When the coils are triggered, the iron particles create a fibrous structure and increase the effective viscosity of the fluid in the direction the piston is moving in. This means that the piston's dampening is controlled by the fluid and not by the passages. 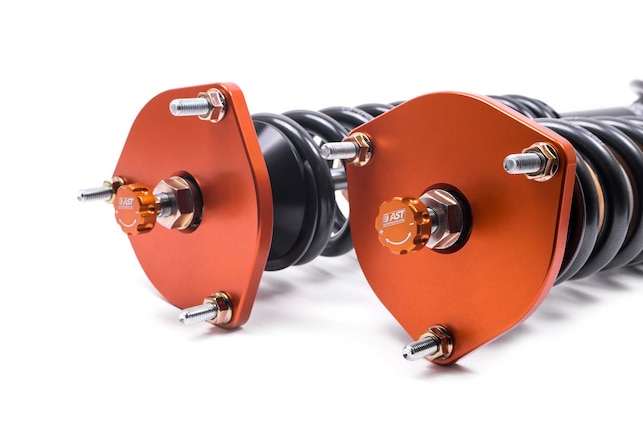 Photo 4/5   |   AST offers three-way adjustables for the R35 GT-R, one of the first mainstream sports cars to use an electronically controlled variable-rate shock.

The reason it has dual electromagnetic coils is not because one coil controls flow in its direction but because of the delay in action. A single coil system, which was how the original system and GenII worked, created a temporary electric current (an eddy current) in the electromagnet and would hold charge until the eddy current dissipated. The dual coils are wound in opposite directions from each other and cancel out the eddy currents, removing the delay.

Now that you have a slight understanding of electronic suspension systems, what does this mean for the aftermarket? How are they dealing with these systems? Many are just developing spring packages to take a better advantage of the preset dampening curves set by the OEMs. Some are developing semi-active systems that work with the OEM ECUs. We talked to Coen de Korte from AST/Moton about this to see what they were doing. "Car manufacturers develop shocks with electronic adjustability," he said, "but this process has to stay within margin and work in every global market so there will always be a compromise between the quality and functionality of the shock and its range."

He told us if you look at an OEM shock versus one of their AST or Moton units, you'll notice theirs has a lot more oil displacement, "and therefore can be tuned a lot better for the customer to use in any condition." Even with electronically adjustable suspensions, the OEMs have already negatively affected aftermarket suspension systems thanks to OE Sport or OE Plus options you can buy right from the showroom before you even drive the car. "This means they give the customer an option to order the car with lowered springs and maybe a thicker antiroll bar. So, the lowering spring market was under pressure, but they survived."

"Now the market is under pressure because of the electronically adjustable suspension, so the aftermarket market needs to adapt and develop kits that upgrade the OEM electronically adjustable suspension," he continued. This means more and more aftermarket suspension companies, like AST/Moton, are developing dampers that work with and improve OEM systems. "We are in fact developing kits that directly communicate with the car but have our special valving and adjustability range, so the suspension has a greater range than the OEM shock."

However, what if your car doesn't have an option, or not yet, but you want to use an AST or Moton coilover or shock? Fool the system that its original shock or strut is still there. "Our suspensions for BMW M2 or Ford Focus will work on the car, and we can also supply a delete kit so it doesn't show lights on the dash and you can enjoy our custom valved suspension for your car." So, there are workarounds that aftermarket companies have created so you can enjoy an aftermarket damper. 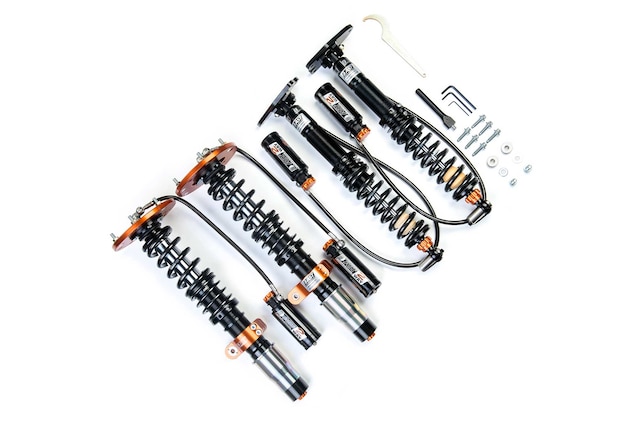 We finally asked Coen when he thinks we'll see some sort of electronically adaptable suspension on cars of all levels. "This will take at least five to ten years, and not all cars will have it," he responded. "Cars are nowadays developed and produced on a very cheap and affordable way and therefore would never have electronically adjustable suspension." However, that doesn't mean it will take that long for all cars above commuters to see them, nor will we see them going away on supercars. "High-end cars, like BMW M-cars, Mercedes AMG-cars, Porsches, Ferraris, and others will have electronically adjustable suspensions," he concluded.

So, while your near-future Honda Civic Si or other mid-range performance car might come with an electronically adjustable suspension, you will be able to enjoy a higher-performance suspension from select aftermarket suppliers. It won't just be springs, either, as these companies look for ways to delete, bypass, or work with OEM systems. Adapt or survive, as they say, and those who do will reap some big rewards in the end that could potentially be applied to your older cars, too.

Active Suspension and the Aftermarket
Photo / 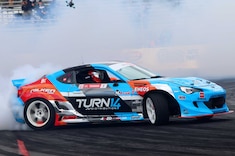 Basic knowledge of how to properly set up a car for drifting with an emphasis on a low-cost, easy-to-drive chassis setup that's well balanced so it will be simple to learn. 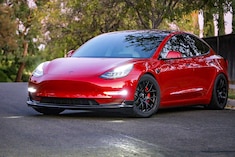 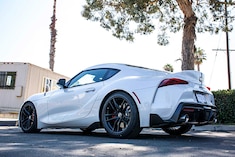