Part 2: We Continue Exploring The Updated Handling Package On The 2005-And-Up RSX Type-S. Then We Make It Better. 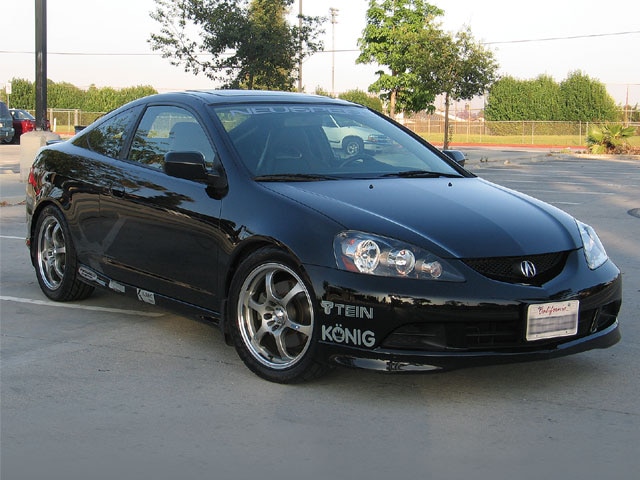 What began in the July issue as experimentation has encouraged us to tinker further with our street RSX Type-S. After last time, we still needed to swap the stabilizer bars with the ones that come in the Progress lowering kit, but in the interim we learned that for more aggressive driving, the stock Acura shocks don't provide the stability and adjustability we're looking for.

With this revelation, our project goals became clearer. Yes, we like the lowered stance, but we really wanted the flexibility to dial in something more capable of handling those few days at the track, or even for those more common canyon outings or freeway floggings.

The paragon of handling is a neutral vehicle, and to make a vehicle neutral you need to adjust, among other things, the vehicle's slip angle. Tweaking spring rates, anti-roll bar rates, ride height, and tire sizing and pressures all affect weight transfer, tire loading and slip angle. For the S, we have a slew of mods that will address these elements and more.

Finally, if you've skipped ahead, you probably noticed the Progress springs are now gone, as well as the stock shock absorbers, and in their place is a set of Tein Super Street coil-overs, recommended by Tein for our purposes.

We also faced some challenges in making the mishmash of equipment work together. For the record, Progress also now has a set of coil-overs, but when we wrote the story, they weren't ready for production.

Camber: an alignment setting that refers to a wheel's inward or outward vertical tilt, measured in degrees. Viewed from the front or rear, if the wheels are closer at the top than at the ground, you've got negative camber; if farther apart at the top, camber is positive

Footprint, contact patch: the area of a tire's tread that is in contact with the road surface at any given time

Oversteer: handling condition where the rear tires are the first to lose traction around a turn. Cars that oversteering are also considered "loose"

Slip angle: the difference in degrees between the direction a wheel is actually moving and the direction the tire is pointing. In cornering, greater slip angles at the rear result in oversteer, while a bigger forward slip angle will result in understeer

Spring rate: the measurement in pounds per inch of a spring's resistance to compression or extension

Toe: an alignment setting that refers to a wheel's inward or outward vertical tilt, measured in inches. Viewed from overhead, toe-in refers to the wheels being closer together in front; toe-out is when they are closer together at the rear

Turn-in: the transition between moving in a straight line and cornering

Understeer: handling condition where the front tires are the first to lose traction around a turn. Also known as "push"

Honda Tuning
20 Coolest Old-School Wheels Ever Created
Now just because a wheel is old-school and rare, doesn't mean it's sought after by enthusiast. Ugly, striking, unusual, atypical, over-priced, whatever you want to call it, here are 20 of the coolest old-school wheels ever released.
Jofel Tolosa – Mar 20, 2020

Honda Tuning
Front-End Surgery: Giving Your DC2 Integra a JDM Nose Job
This swap may scare some people because it requires cutting off part of the front rad support and welding on the JDM one. Don't be intimidated, though-it's not as hard as it may look.
Peter Tarach – Mar 14, 2020 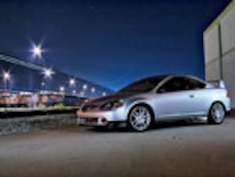