No room to roam

We've shown you what the Civic Si's K20A3 can do when it's turbocharged by one of Greddy's forced induction kits. This time Editor Bob takes a closer look at the installation process, throwing one of the kits onto an RSX-S and learning the subtleties of pl

If it seems like tinkering in the engine compartment of the EP3 Civic Si or DC5 RSX-S is a bit confined, you'd be right. The K-series motor's orientation, in addition to being contrary to what most Honda heads are used to, also contributes to the lack of workable space under the hood. You can tell just by looking at it; there's virtually no space around the intake manifold and power steering pump, the header has minimal clearance next to the firewall, and damned if that airbox doesn't take up a huge chunk of the engine bay.

Hurry and pick up the March 2005 issue of Honda Tuning Magazine for the complete story, and a lot more photos.

No room to roam
Photo / 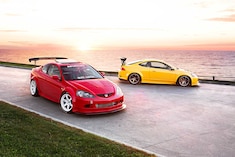 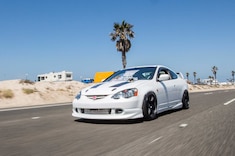 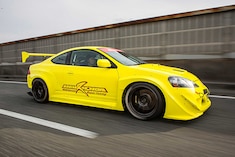