Home  |  How To  |  Engine  |  Revolutionary Engine Protection
Subscribe to the Free 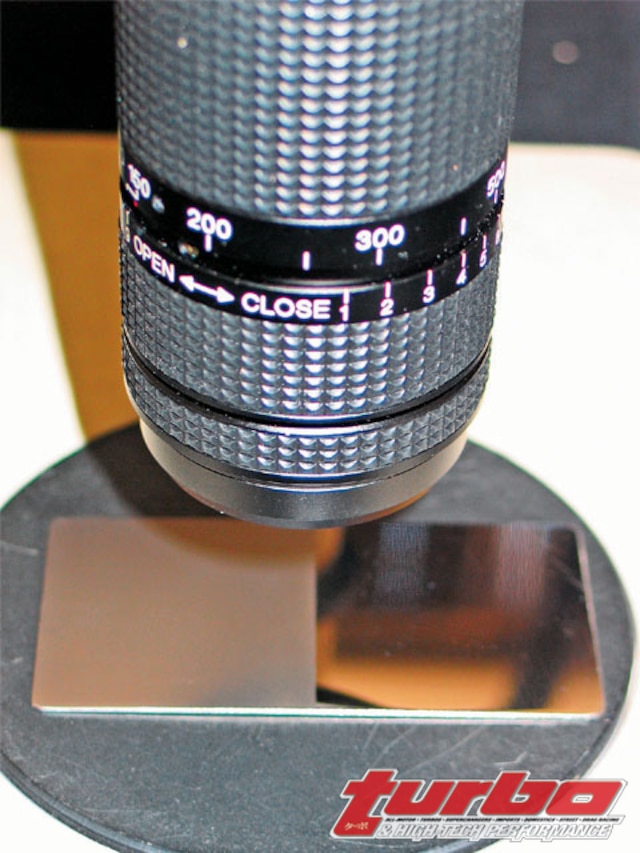 The WPC process was first developed to aid vehicles campaigning the 24 Hours of Le Mans race more than 10 years ago. Since its initial debut, the name WPC has drawn attention within the motorsports worlds of F1, Cart, and other open wheel racing series around the globe. WPC is not just limited to use in circuit racing though, it has also found a strong backing within the NHRA drag racing series and with top competitors in WRC.

What is WPC?
Simply stated, WPC is not a coating. Rather it is a metal surface treatment that enhances the surface to reduce friction and strengthen engine parts. WPC achieves this groundbreaking process by firing ultra-fine particles at the part's surface at very high speeds. The ultra-fine media of the WPC process, when projected at high velocity towards the product surface, creates compressive stress (the compressive load per unit area of an original cross section) at the impact points. At the same time, a micro-thermal reaction takes place. It effectively seals minor surface fractures, allowing a condensed surface to form improving surface density due to the compaction. This altered and highly compact surface condition overcomes the problem of brittleness that is usually encountered when metals are hardened. Treatable metals include steel, aluminum, titanium, copper, and brass as well as soft surfaced bearings. WPC can basically treat any metallic item in an unassembled state, from rotary apex seals to rear differentials.

The Micro-Dimple Advantage
Take a close look at the image at the top of page 57. Notice the fine striation lines on the metal? The fine grooves are engraved into the product surface at the time of factory machining. These striations are systematically transformed into micro-dimple indentations by the impact of the ultra-fine media during the WPC process. Following the post-WPC process, these non-directional dimples act as oil reservoirs, reducing surface contact between the peaks of the dimples and the opposing material. Thus, oil that would normally drain away, through the grooves in an untreated piece. However, when pressure is applied, the oil instead is retained in the dimples of a treated part. This helps to keep the surface fully lubricated. The unique micro-dimple formation pattern strengthens the surface by changing the ionic structure, creating a harder more durable product with less friction.

Traditional Shot-Peening vs. the WPC Process
The difference between shot-peening and the WPC treatment is rather astounding when exposed to the knowledge of how both are conducted. Shot peening is typically performed by blasting the surface with smaller median such as glass at higher speeds while hard shot peening is known to use round metal bb. Using a striking or hitting process, shot-peening compacts the metal on the surface but leaves the structure in a brittle state with little or no change in compressive stress.

The WPC process uses a special ceramic bead composition ranging from 20 microns or larger depending on the application and area being treated, which shot-peening can never duplicate. In comparison to shot-peening, the media being used for the WPC process is 50 times smaller and is applied at a higher velocity, pressure, and impact creating a higher compressive stress level. The numerous impacts during the WPC process not only increases the residual compressive stress but also causes it to reside a lot closer to the surface. "The result is a product that has durability unrivaled by conventional peening," states WPC Technical Director Ross Clarke.

Coating vs. WPC Treatment
"The main benefits of using the WPC process over coating techniques is simply nothing is being applied to the metal," states WPC President Izumi Ogawa. This lack of spray-on coatings enables the WPC process to be a permanent surface treatment, eliminating build-up or non-uniform coverage of the metal that is being treated. WPC acts to strengthen the metal itself as opposed to a coating, which is a hard-coating structure; yet, the core element under the spray-on material is exactly the same. Consider the coating process as a short term fix for your engine, as once the coating fails the metal below will once again fail at the same rate as before. "For WPC, since we don't apply anything to the surface there is actually nothing to come off, and bearing or rod journal diameters remain almost identical prior to treatment," states Ogawa.

A One-Shot Deal
Think all media compositions are all the same? Guess again. "One of the problems of ceramic media is that if it is not dense enough, it won't dimple the surface, instead it will shatter as it contacts the metal surface, often causing the media to become embedded into the surface metal," says Clarke. For those who prefer glass-beading they will come to shocking terms knowing this type of fractured media will inevitably cause undesirable surface scratches. WPC ceramic media is extremely dense in comparison to media found on the market throughout the U.S. and is approximately 20 times smaller as well.

Solid lubricants such as tin, molybdenum disulfide, or tungsten disulfide can be utilized as media in the WPC process to embed them into the product surface. WPC uses various hardness alloys in addition to ceramic for various applications ranging from dry lubricants to numerous types of media. With over 10 years of metal-treatment experience, perfecting the art has enabled the experts at WPC to build a substantial reference table for different compounds and the media needed to get the desired results.

How Does WPC Treat Pistons and Crankshafts?
Pistons go through a two-stage process during the WPC treatment. The first stage is a low-density, high-impact velocity ceramic compound, which allows WPC engineers to work with soft aluminum products to get the desired application of compressive stress without distorting the component. This also allows WPC to create suitable depth micro dimples on the surface, which are essential for lubricant retention on high-sliding contact areas such as the piston skirt.

The second, and final, stage in the process is an alloy treatment used to embed a solid lubricant into the surface of the metal. This lubricant acts as a contact inhibitor. This allows the piston to slide freely, reducing contact scuffing (micro seizing) between the piston and the cylinder wall.

With a crankshaft, the process is again a two-step procedure similar to the piston scenario. The first stage requires masking off the journals and rotational sliding surfaces, which must be protected from the initial media projected onto the surface. Once all the necessary areas have been masked, WPC begins the treatment on the lobes and pin-lobe collars with a high-impact-velocity alloy media. This imparts a high layer of compressive stress onto the part and also hardens the surface at the same time.

"As the alloy is being blasted toward the surface of the crankshaft it is effectively attempting to improve the surface layer by removing any minor surface imperfections such as micro pores and surface fractures," states Ogawa. The next stage of treatment for the crankshaft is to treat the main and rod journals. "For this process, WPC uses one of our harder ceramic compounds to create fine dimples onto the surface. Once these have been treated we apply the ceramic media blast to the whole crankshaft, further improving the surface finish of the unit," states Clarke.

The Final Outcome
Surface hardness, compressive stress, and overall durability aspects are just a few of the key points associated with the WPC treatment. It's these very key elements that have made WPC Japan's most recognizable treatment among many of the top motorsports manufactures such as HKS, Suzuki Sports, TRD and Tomei Powered. An influx of these performance shops has begun selling their products with optional WPC treatment over the past few years. Even the big-dog corporations like Honda Genuine Parts and Yamaha have embraced the WPC treatment as mass-production pistons used for their vehicles utilize the WPC treatment on the side skirts to maximize longevity and increase engine efficiency.

Vehicles campaigning in sanctioned events such as "One Make Race," which forbids any internal modifications of the engine, have been known to use the WPC treatment although illegal in their class. "It's a simple 'don't ask don't tell' process when race teams or competitors send their parts to treat. We turn the blind eye and simply perform the process and ship the products back. Some teams (which shall remain anonymous) request us to treat small areas or sections on pistons or cranks that might be overlooked when an engine is being torn down after a race. They sometimes use a special chemical in an attempt to mask the area treated by WPC to make it look less conspicuous. Whatever the case might be we don't ask questions. Were just simply a treatment company," says a smiling Ogawa.