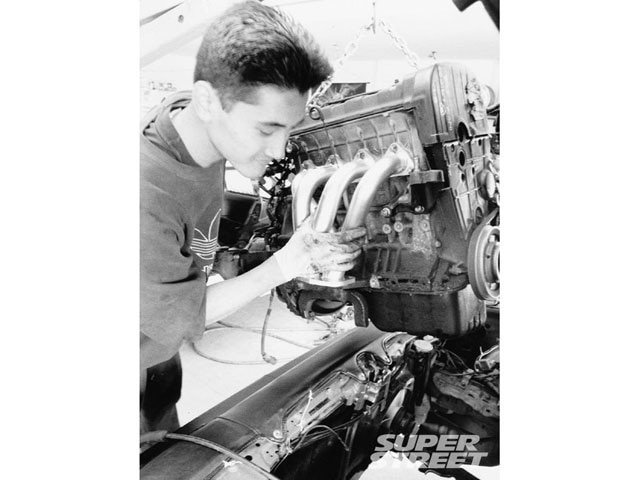 The sstreet@petersenpub.com e-mail address is a wonderful thing. You wouldn't believe the constant bombardment of messages from fly women seeking to be Super Street groupies. We have to beat them off with sticks. Brad Pitt ain't got nothin' over Richard S. Chang (Oh, yeah baby.-RC).

In our spare time, we even use our e-mail address for work. We get tech questions on all types of cars. By looking at these, we can see what type of cars our readers actually own. It seems a good number of you own older cars. In Super Street Land, we define older cars as ones built in the late '80s or early '90s. Of course, the metric-adverse guys from Hot Rod or Car Craft would call those same cars futuristic. Despite their lack of forward thinking, the V-8 boys do know quite a bit about getting horsepower out of underendowed factory cars. Their Number One solution: engine swap.

We've covered the basics of engine swaps before (check out the June '98 issue) and have done a couple in-depth stories (such as last-month's Nissan 240SX engine swap). This month, we have managed to photograph a swap on an '87 Honda CRX Si.

The first-generation CRX still has a loyal following, especially in Si form. With small and lightweight chassis, sharp handling, and good acceleration, these cars were one of the top hot hatches in the mid-'80s. The second-generation CRXs were more refined, and ultimately more popular, but some people missed the more nimble feeling of the older cars. 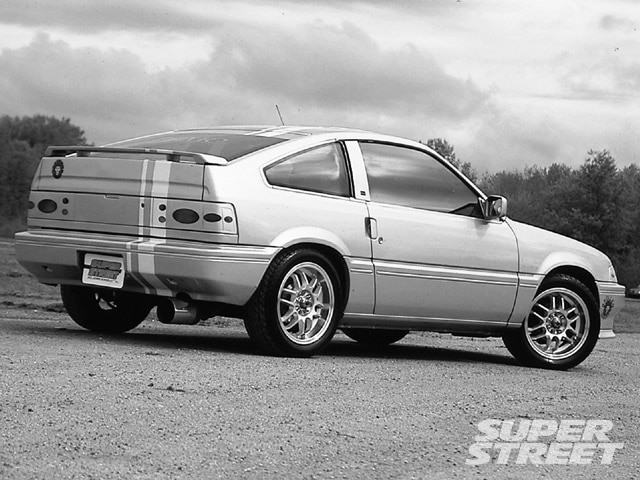 The second-generation CRXs still have a good selection of aftermarket performance parts available. But owners of first-gen cars aren't so lucky. There are simple bolt-on parts out there, but the really cool stuff just doesn't exist unless you stumble across a cache of old Mugen performance parts.

That's why a swap on a first-gen CRX is a good thing to consider. It gives the car more horsepower while still maintaining typical Honda reliability. There are two main engines that you can bolt directly into the first-gen CRX: the 1.6L '86-'89 Integra engine (referred to as the D16A1) or the Japanese-spec ZC engine. The stock CRX engine is rated at 91, the 1.6L Integra engine at 118, and the ZC engine at a maximum of 130. This story pertains to the Integra engine, though the ZC engine process will be similar. If you decide to swap in a ZC, make sure you get the right configuration; there are several different versions. B-series engine swaps (such as the 1.6L 160hp DOHC VTEC) have been done before, but considerably more work is required. Also note that this swap applies to '84-'87 Civics, as well.

Like our 240SX engine swap last month, we warn you that this story is not a definitive step-by-step. Rather, it's a guide to be used in conjunction with a shop manual. If you are planning to do this at home, make sure you have a solid grasp of automotive repair, as well as the proper tools. Also, check your state laws about the legalities of engine transplants.

For this swap, we buzzed over to Raceline Development, located in Temple City, California. Shop-owner Elton Lo was kind enough to slow down his pace so that we could snap off a few pics.