The latest in software flashes for turbocharged cars

To meet tougher consumption and emissions regulations, manufacturers are moving toward turbocharged engines - even more reason to get up to speed on software flash and ecu tuning techniques. Compared with turbo engines of the past, when words like "lag" and "heat" and "thirst" were part of the lexicon, they've come a long way. The new wave, often 2.0-liter units, features smaller turbos that spool up quickly for low-end torque, instead of coming on later as older turbo engines used to.

For enthusiasts, perhaps the best thing about turbocharged engines is how easy it is to make significant gains with a re-map of the ECU, which shows that OEMs leave a lot on the table. We asked a few tuners about their latest offerings for some recent engines: VAG's third-generation EA888, BMW's N20/26 and S55 (the latter propels the new M3 and M4), plus Porsche's 3.8-liter twin-turbo in the 991 Turbo and Turbo S. Below you will find a helpful ECU tuning guide for popular European car powerplants. 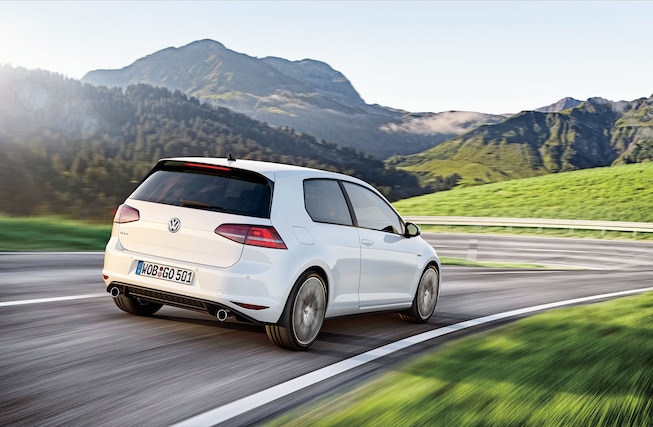 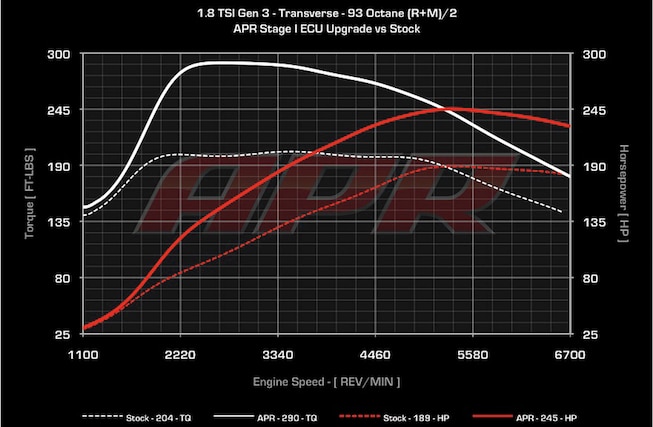 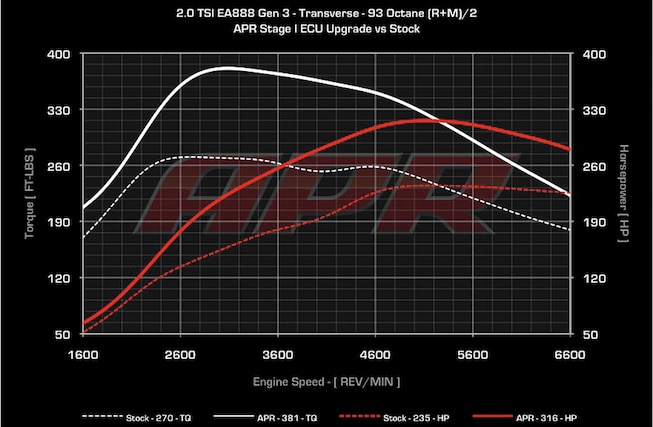 Neuspeed's Power Module (which the company says can be installed and removed without detection) is a plug-and-play system that intercepts at the MAP and boost sensors. Electronics are housed in a billet aluminum case, and there's also a two-position switch to select 91- or 100-octane gas. The company sent us a dyno graph showing gains of 40 hp and 40 lb-ft made on a Generation 2.5 EA888 in the 2014 Jetta GLI. Both the baseline figures and Power Module figures were made while the engine was fitted with Neuspeed's discharge and charge pipes. 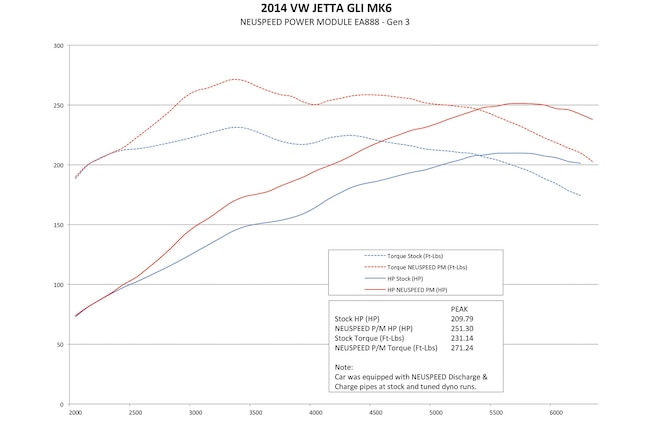 BMW N20/26
First seen in the United States in the Z4 and then later in the F10 528i, X3 and F30 328i, BMW's N20 is a 2.0-liter four that deploys a twin-scroll turbo for a quick spool-up. It's rated at 241 hp and 258 lb-ft of torque, but the N20/26 has been consistently showing around 240 wheel horsepower in independent dyno tests. The N20 became the N26 after BMW switched the rubber fuel lines to metal ones and added a valve to the fuel tank venting system so it could qualify as a SULEV (Super Ultra Low Emissions Vehicle). 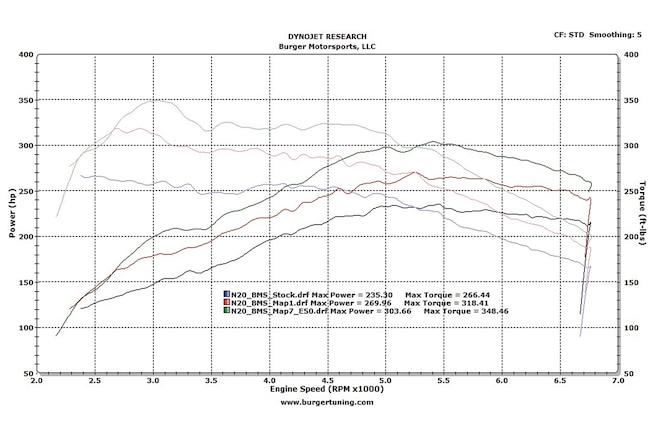 Burger Motorsports of Southern California offers several levels of tune for the N20/26, but these tunes are not currently CARB-exempt and therefore not legal for road use in the Golden State. A Stage One piggyback module attaches to the factory DME and pushes power from the 235 hp baseline to 270 and from 266 lb-ft of torque to 318 lb-ft at the wheels.

According to Burger Motorsports, a JB4 Juicebox running the most aggressive map on a completely stock engine and exhaust system produces 304 hp and 348 lb-ft at the wheels, drinking a 70/30 mix of 91-octane and E85 fuel. We reviewed Evolution Racewerks' 328i using the JB4 with ER's intake, downpipe, intercooler, charge pipe and exhaust system in the June 2014 issue. It measured 312 hp and 355 lb-ft on 91 octane.

ESS Tuning's Roman Zepeda said the company is close to finalizing tunes. He estimates an increase of 40 to 70 hp. 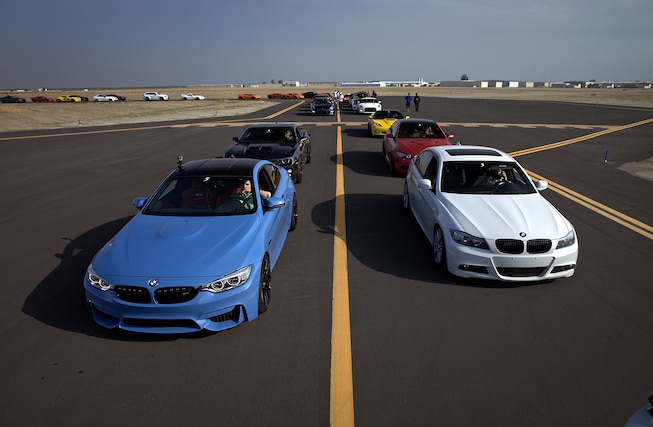 BMW S55
Burger Motorsports' tunes for the S55, found in the M3/M4, are currently beta-spec and, like its N20 tunes, are not CARB-exempt. According to Terry Burger, owner of Burger Motorsports, it's "based on the Juicebox 4 system and includes Stage One, Two and Three maps, along with programming based on user needs. The higher the stage, the more harness connections are used. Stage One is a 15-minute install job. The full Stage Three is about an hour-long process. It's fully reversible and can be enabled/disabled on the fly using steering wheel controls. For more advanced users, it offers a laptop/iPhone/Android interface allowing a full suite of data-logging, map-changing and custom-tuning options. The tuning supports all fuel types." 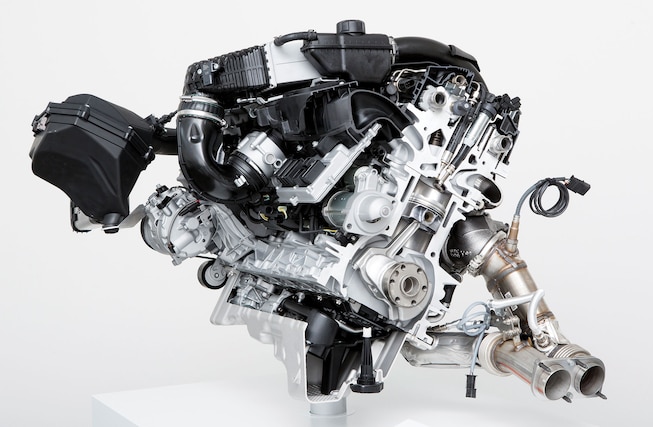 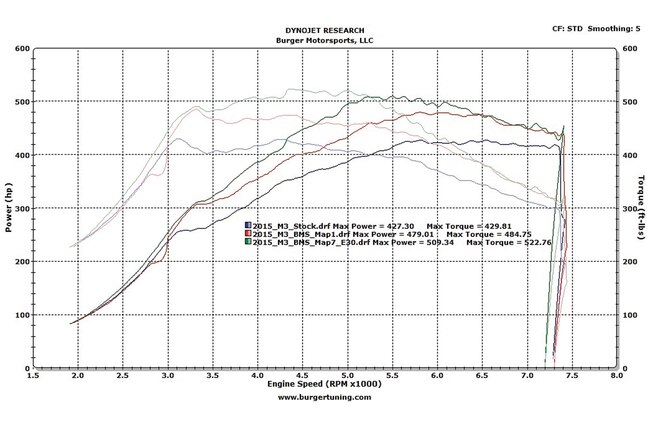 Porsche 991 Turbo Six
We've found two companies that have managed to squeeze out more power from the 3.8-liter twin-turbo in the 991 Turbo and Turbo S. 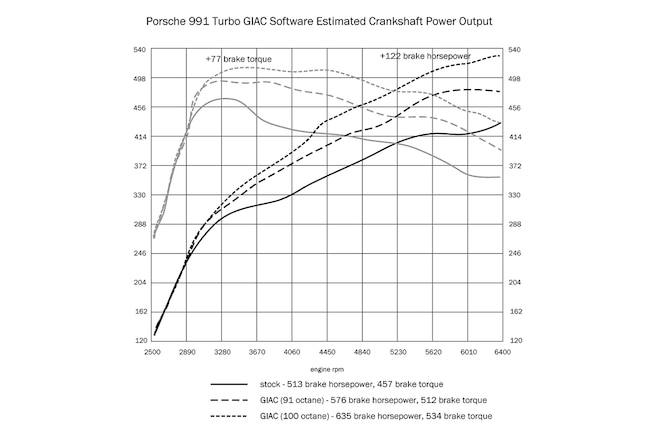 Evolution Motorsports (EVOMS) has just finalized a 650hp/650-lb-ft package for the Turbo and Turbo S. Todd Zuccone, owner of Evolution Motorsports, explained that instead of just flashing the ECU with a new map, this includes upgraded components in other areas to extract maximum power safely—such as a more efficient intercooler, freer-flowing exhaust system and a pair of exhaust manifolds that features EVOMS-patented flow divider technology to help scavenging and increase exhaust velocity. Through the ECU, boost is increased to 19.1 psi (from 17.4 psi in the Turbo S) in regular mode and 21.3 psi (19.6 psi/Turbo S) in overboost mode. 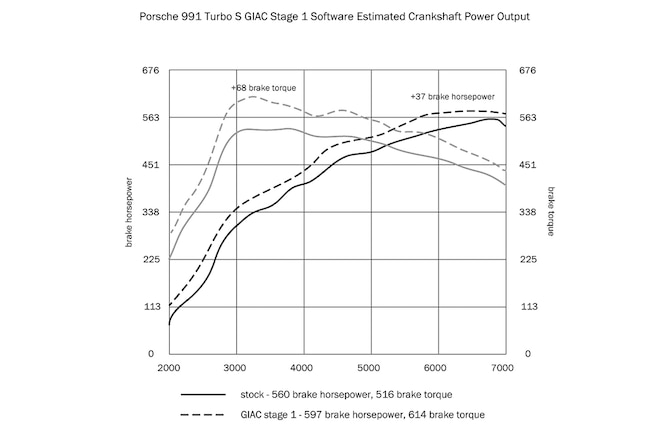