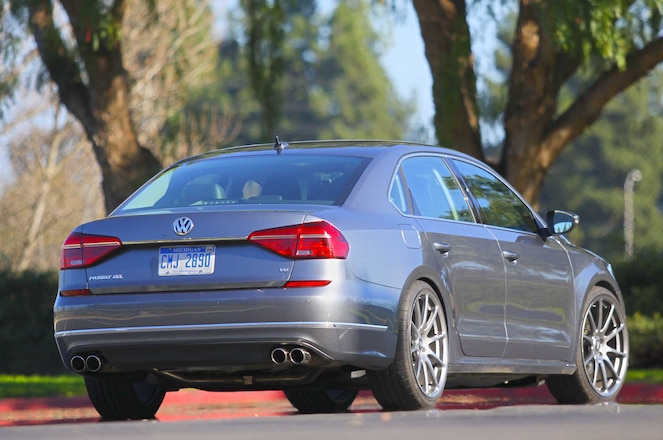 When I originally asked VW if we could get a Passat VR6 as our next project car, I had visions of the great, undiscovered sports sedan in my head. It's all there: abundant space, classy interior, good platform, great engine, refined yet subtle styling. Sadly, one of the things missing at that point was aftermarket support. There is plenty out there for the 1.8t-powered Passats, but up until now, the VR6, or as I refer to it "the correct version," has been somewhat ignored. 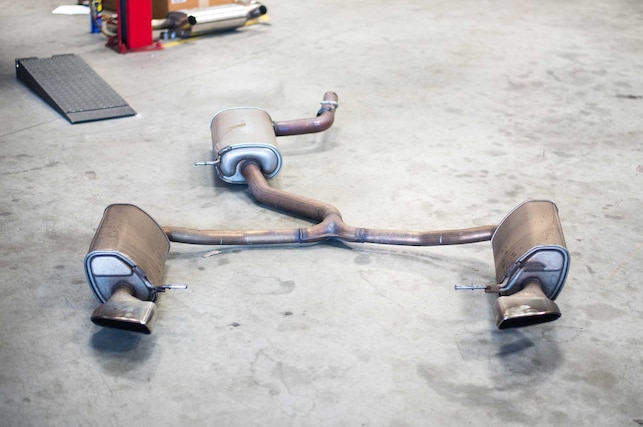 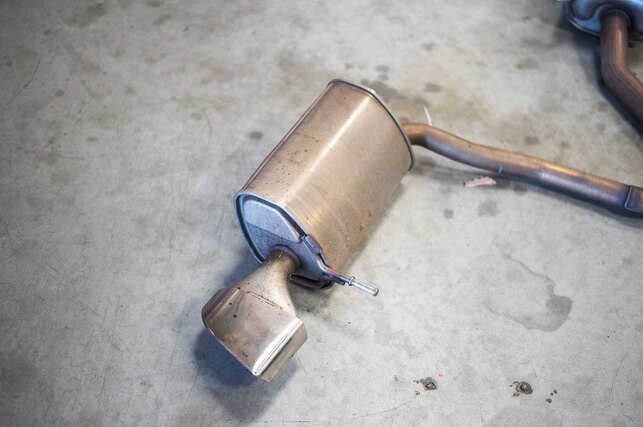 One of the things that was at the very top of my to-do list was to get the VR6 sounding like an actual VR6. Those of us who were around in the days of the Corrado and GTI equipped with the innovative narrow-angle inline-V-6 remember that besides the power, one of the best attributes of the engine was the sound. It is often compared to an angry, or happy, or any emotional state, roaring Chewbacca. The sound is unique with a gurgling sound similar to a brass section playing underwater. OK, if you haven't heard one, go to YouTube because that's the best I've got. 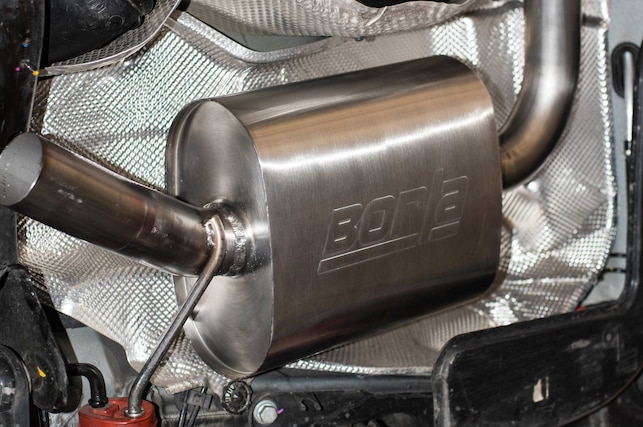 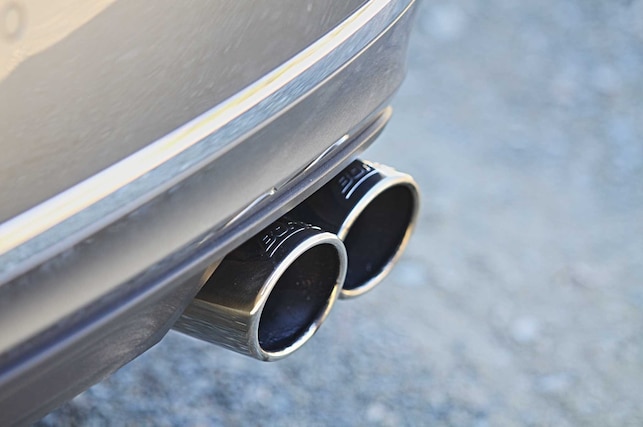 Right after I received the car, the guys from famed exhaust manufacturer Borla came by our office for coffee and a chat. They told us about how they can prototype systems, they have the ability to design just about anything, and they test everything to make sure it works before it gets the Borla name. I called them out on it and told them about my Passat. After doing some research and finding out that, in fact, nobody made an exhaust for the VR6 Passat and there were actually enthusiasts trying to Frankenstein together their own systems, they were convinced it was a project worth taking on. You can read more about the process below.

As for my opinion on the results, this is one of the best aftermarket systems I have had on any car. It is quiet when I want it to be and yet when you really get on it, it sounds almost too good to be coming from a family sedan. It was especially exciting when it was the only modification I had on the car. On more than one occasion, I might have been accelerating harder than what some would deem either necessary or appropriate, but the men on the motorcycles writing tickets just couldn't figure out where that sound had come from. 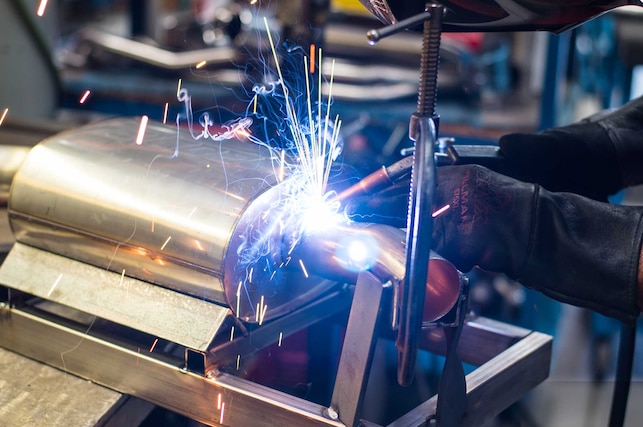 I have more than one person, real car guys mind you, tell me that it sounds like an exotic. One friend who was waiting outside a coffee shop for me said he heard me coming and expected to see me pull in the driveway in a Lamborghini or something. We will have sound clips of the car online, because by now, you probably don't believe me. If you're unfamiliar with the sound of a VR6, go listen to some sound clips, and it won't be long until you are considering putting a deposit down a Volkswagen Atlas, because that will be the next vehicle blessed with this engine.

OK, so you probably also noticed the car is sitting a bit lower and has some larger, sexier wheels. I just had all of that done; the KW V3 Coilover suspension at Pacific German in Laguna Hills, California, and the wheels I picked up from Neuspeed in Camarillo, which were installed along with the Pirelli tires at the brand-new P Zero World in Los Angeles. I can't go into it too much just yet; we just got everything installed, but so far the results have been great. The tires are an enormous upgrade and I've felt from the beginning that the factory suspension was meant far more for comfort than for enthusiastic driving. 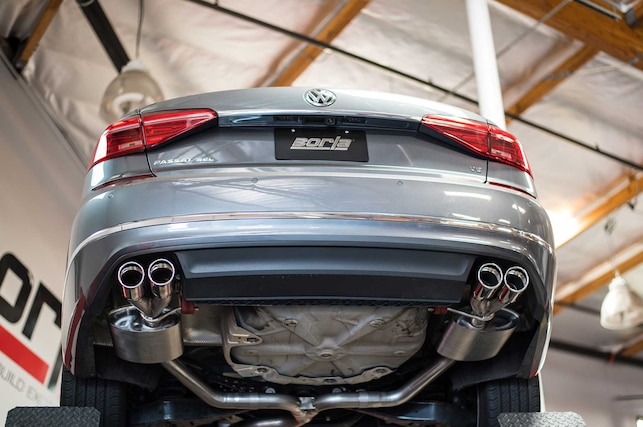 We will get back to the performance tuning in the next installment. Since our intro, we have had the Passat in for service at Volkswagen South Coast in Santa Ana. The 10K service is basically an oil change and inspection. Everything went perfectly. I honestly couldn't have been happier with the service, and I write this because it might be the first time I have written this about a long-term car in a decade of doing this. Seriously, how hard is it to not screw up an oil change and a car wash—and yet most dealers still manage. If you are in the Orange County area, I recommend South Coast.

I know you're anxious to hear about the change in performance with all the modifications, but you will have to wait for the next installment. Weather gods willing, we will even have actual performance data on the car.

Vroom. Vroom. It's the sound all children make as they push their toy car across the living room floor. Cars are supposed to make joyful noises—a harmonious symphony of sounds. The steady purr of a tuned engine at rest suddenly comes alive upon acceleration. The process is magnified by an exhaust system, which is more than just the waste disposal route for gases; it's the veritable speaker for the car's heart and soul. Starting from a naturally aspirated engine to the exhaust tip, the system consists of a manifold, catalytic converter, muffler, and connecting pipes. What you are actually hearing is sound pressure generated by the engine and metered in pulses by exhaust valves. So how do you get your car to sound less like a noise from a child's lips and more like a Beethoven concerto? Simple—an updated exhaust system.

When VW gave ec a 2016 Passat SEL VR6, we were stoked and immediately reminisced of the old MK3 GTI VR6. But upon driving it, we were surprised—it didn't make a peep. VW had corked up this amazing engine with a restrictive, sound-deadening muzzle, limiting it to a mere 72.2 db (comparable to a toilet flush). One would assume that VW has done this for a reason, like efficiency or emissions, but no, the company chose this exhaust system to please 99 percent of consumers who want something quiet and boring. They would rather stick a speaker under the dash that simulates exhaust and engine sounds that could only be heard by the driver. Literally reverting us back to our childhood days of making virtual sounds. 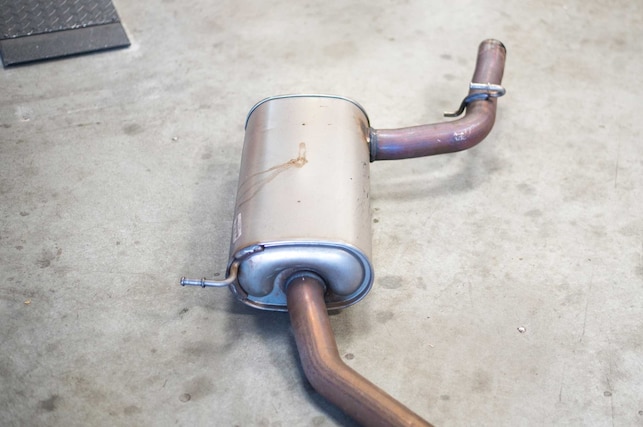 The engineers at Borla understand that upgrading exhaust systems is more than just swapping out piping and/or eliminating mufflers; it's an artful process to custom-tailor each exhaust system, which comes only after careful study of the vehicle's displacement, number of cylinders and arrangement, and smog requirements. The first step was to analyze the stock exhaust system, find the deficiencies in the OEM design, and determine how much can be upgraded while still maintaining emission compliance. The other goal was to study the frequency, which is just as important as sound level because small increases of frequency can change the way an exhaust is heard. 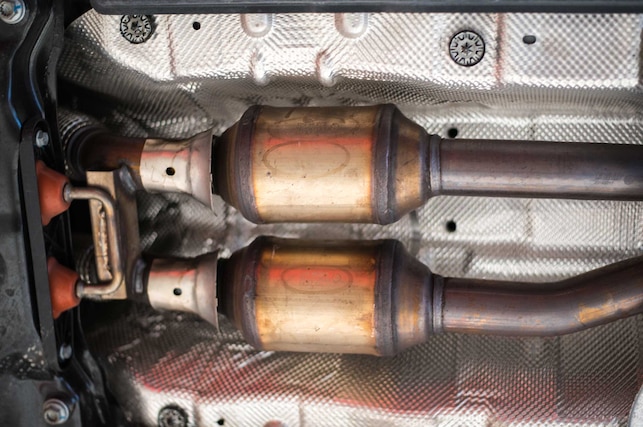 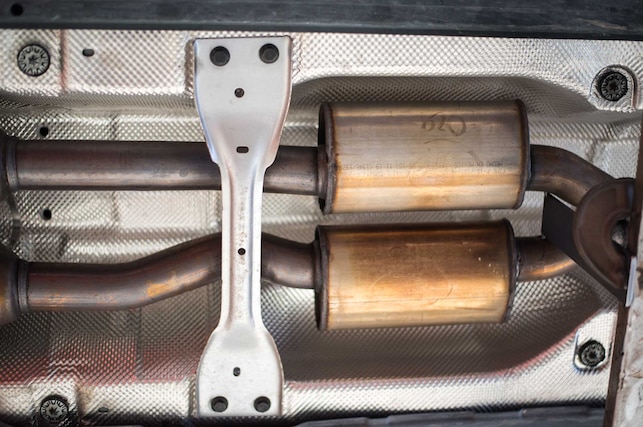 Borlas' analysis showed that an S-type cat-back system would reduce backpressure; provide an aggressive, high-performance sound; and generate extra power. Using a cat-back system allows for an increase in performance without tinkering with the legalities of emissions control. By not altering the downpipe or catalytic convertors, Borla maintains the balance OEM engineers intended to have the engine run properly. The focus of Borlas' design for the Passat VR6 was to increase the flow of exhaust gases so they eliminated the restrictive cat-back section whose sole design was to muffle sound. A straight through muffler design gives maximum exhaust gas velocity and an aggressive tone, but a potential adverse effect is drone. The engineers at Borla used advanced frequency-spectrum analysis tools during the prototyping process to eliminate the risk of annoying drone by determining the exact combination of internal core size and packing material inside the muffler. 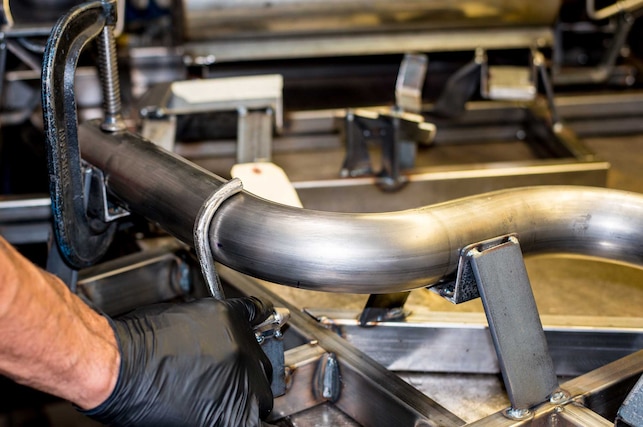 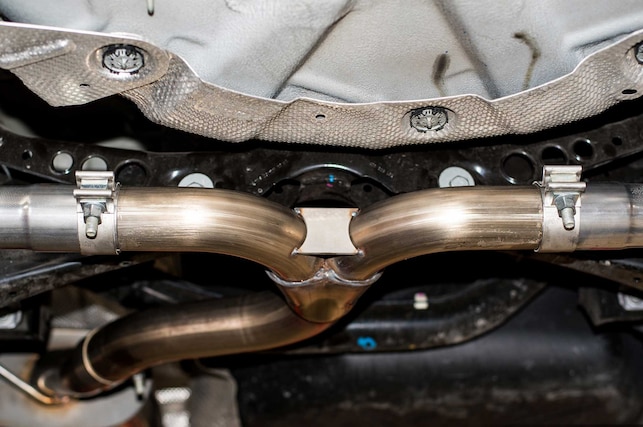 Borla used computer modeling to ensure all the mandrel bends connecting the 2.5-inch piping flowed without any restriction. The system was constructed entirely from high-quality T304 austenitic stainless steel with a Tri-gas TIG welding process and comes backed by a million-mile warranty. The result was a solid horsepower and torque gain along the entire range with a peak gain of 15 ft-lb of torque @ 2,400 rpm and a peak horsepower gain of 12 @ 6,100 rpm. 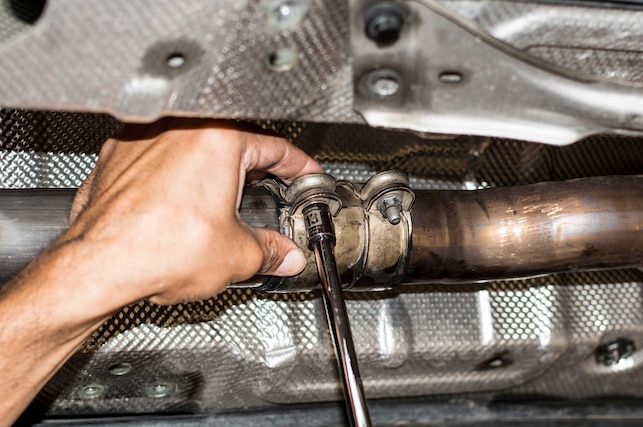 We all have an automatic response to hearing a sweet-sounding exhaust—head turn and eyes widen to find the sound's location. The proper exhaust sounds can cause one to stop and stare or turn away in disdain. With many thanks to Borla, we now have a performance sedan instead of a daily driver.

European Car
OEMTOOLS' 11-Drawer Toolbox & Cabinet Combo Is The First Step In Getting Your Home Garage Organized
With a trio of deep, reinforced drawers for larger tools and equipment, a pair of medium sized drawers, and 4 slimmer drawers, OEMTOOLS' 11-drawer Toolbox and cabinet combo is perfect for any DIYer's home garage
Rodrez – Apr 27, 2020

European Car
Your Guide to a Proper Shaved and Tucked Bay
There's no right or wrong plan when it comes to cleaning up your engine bay but there are all kinds of wrong ways of going about doing it.
Aaron Bonk – Mar 31, 2020 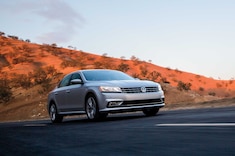 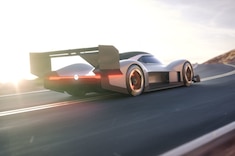 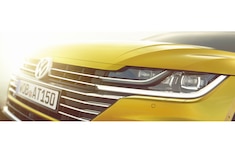 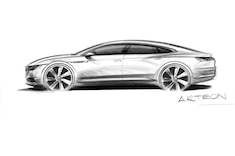