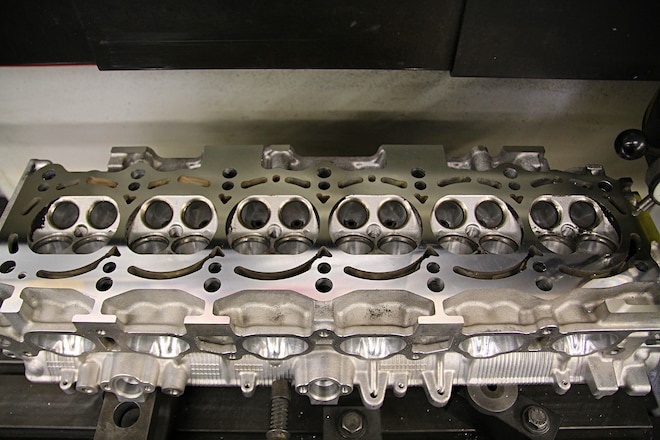 When last we left you all those months ago (sorry), we got to see the process behind manufacturing the custom CP pistons and Carrillo Extreme Duty connecting rods that go in pro drifter RAD Dan Burkett’s 1,000-horsepower 2JZ-GTE power plant. From CP-Carrillo in Irvine we headed north, to the city of Orange, Calif., and machine shop S-Tec Motorsports. It’s at S-Tec Sheldon Andry puts his years of high-performance and racing engine machining and building experience to work on the Toyota inline six.

For some of our more seasoned readers, you might recognize Andry as one of the architects from Toyota Racing Development (TRD) behind veteran sport compact drag racer Christian Rado’s 1,000hp Celica GT-S. Burkett started going to S-Tec in 2006 for the build of his first high-profile Mk4 Supra, a car immortalized in the pages of the June 2011 issue of Super Street, and continues to trust the shop to this day.

At the start of the year, Burkett dropped off a pair of Japanese market 2JZ cylinder heads and blocks, sourced from Ichiban JDM in Pico Rivera and completely stripped down to just the castings; the engines reportedly come from non-VVTI Toyota Aristo in Japan. 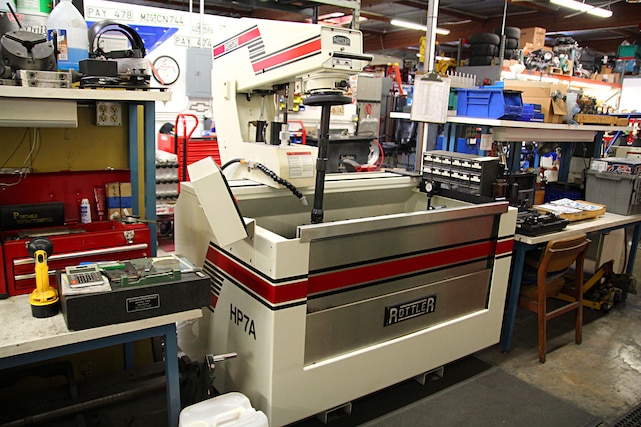 As Andry took us through the process of machining competition cylinder heads and blocks, he dropped a little knowledge about the venerated 2JZ and in particular how Toyota over-engineered the engine’s most basic components. Specifically, the iron block; apparently the closed deck casting is composed of a high-nickel iron, which makes it much harder – and stouter – than most other castings. (For even more about the mill from our resident engine brain trust, see Aaron Bonk’s 2JZ piece from a couple years ago.)

S-Tec is outfitted with some of the most reliable, trusted, and in at least one case, advanced milling machine tools in the industry. The Rottler HP7A vertical CNC honing machine, in particular, is a pretty damn impressive piece of hardware; it shows bore dimensions in real time on a display screen as the machine is honing, and if it senses the bore is tight on one side, at the top, middle, or bottom of the cylinder, it will automatically dwell on the problem area until it evens out. 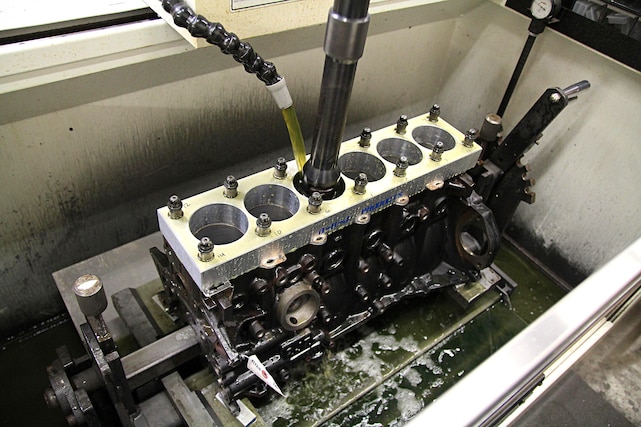 To simulate a cylinder head on the block in the honing machine, a torque plate – basically a two-inch thick solid aluminum plate – is bolted to the top of the block with the same ARP nuts and high-tensile strength L19 head studs we will eventually use to secure the actual cylinder head. The L19 are valued for their ability to torque to 100 lb.-ft. The 2JZ is then secured in the machine, and after the HP7A is programmed, an industrial grade diamond tipped cutter gradually skims away material – bobbing up and down in the cylinder – as a water-based lubricant pours over the cutter.

The block is actually bored to 0.003-in. of spec before the rest is honed out, and each of Dan’s two 2JZ blocks takes about 45 minutes to an hour to complete. The HP7A can also set the cylinder cross hatch (critical for proper ring seating) to any desired angle. Once the machine is done, Andry measures each cylinder bore in six different spots – top, middle, and bottom, both north-south and east-west. There’s not much in the way of a displacement increase (that’ll come with the BC stroker kit) but what S-Tec has achieved is a straight, round bore, with walls as thick as possible to take as much boost as possible. This is also a good place to point out that the block’s main caps were align bored to reset that part of the block.

Once honing is complete, the block goes to S-Tec’s surfacing machine next, a Rottler S7M, to get decked. With this machine Andry can also resurface heads and grind to a mirror finish on aluminum, or a smooth finish on cast iron. The final bit of block machining is to notch the bottoms of the cylinders – by roughly the thickness of the connecting rod, plus a little extra – to accommodate the engine’s new 94mm stroke (in stock geometry it’s 86mm).

Our aluminum 2JZ cylinder head receives a custom porting job and is then transferred onto S-Tec’s Serdi 100 Valve Guide and Seat Machine. The Serdi 100 is designed to use multi-angle carbide cutters to perform 5-angle or radius valve jobs, replace seats, and machine valve guides. The beauty of this – and actually any of the previous machines at S-Tec we’ve mentioned – is precision and repeatability. With the Serdi 100, Andry can ensure exact bevels and tighter valve seals.