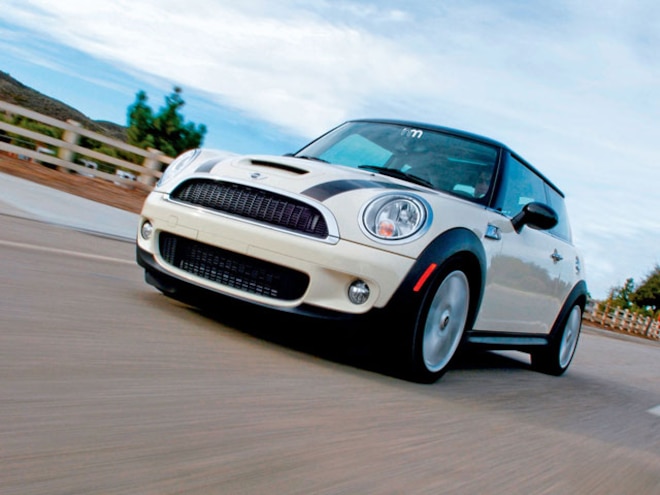 When the MK I MINI Cooper was released in 2001, it was an instant hit among enthusiasts and inspired an entire tuning industry. The first generation Coopers utilized a supercharged four-cylinder engine from which tuners could easily extract power, and many offered consumers a plethora of aftermarket goodies. When the Mk II Cooper S was released, MINI abandoned the supercharged motor in favor of a turbocharged one. But with the increase in factory horsepower there seemed to be a decline in the general availability of aftermarket parts. The new ECU encryption and software limitations had become a formidable barrier, limiting the number of advanced upgrades available for the new-gen Cooper...until now. With the release of NM Engineering's ECU flash for the 1.6-liter turbocharged engine, the door has been opened to fully unleash this engine's full potential.

Pros
• Completely reversible, zero physical modifications
• Retains all of the factory safety protocols
• Free lifetime upgrades and free re-flash back to stock programming
• 100 percent compatible with all diagnostic software
• Fuel, timing, and electronic throttle settings have been optimized to take full advantage of the increase in boost pressure
• Sport Button retains all of the factory functionality

Test Notes
The boost graph (below) represents the difference in boost levels between the factory and NM software. Boost and rpm data used in the graph was extracted from the ECU utilizing Bavarian Technic USB OBD-II cable and software. Boost data was converted from kPa to psi using the standard conversion rate.

Cons
• Even with the intake's street legal status, trips to the dealership could generate unwanted questions

Test Notes
We were unable to perform all the dyno work on the same day. The NM intake and exhaust test was performed the following day utilizing the same tank of 91 octane fuel.

Conclusion
Unbeknownst to me, the owner who lent us the MK II Cooper S for this test had previously installed a NM engineering short-throw shifter. It was a nice feature on the 30-mile drive to the NM Engineering facility as the throws were short and sweet and the lever slid into gears like a hot knife through butter without any notchiness. Reverse was a little tricky but, I suppose, that's a standard feature on the MINI.

After the ECU flash I had a chance to put about 60 miles on the vehicle before we installed the intake and exhaust. As soon as I left the parking lot, the difference was instantly noticeable with a nice torque bump and a solid pull to redline. The recalibrated throttle maps increased throttle response throughout the entire driving range without being jerky or erratic. For those who are interested, the Sport button still works like it did from the factory, offering a detuned state for increased fuel economy. The flash was everything you'd want in a software upgrade: increased throttle response, no pinging, and decent increase in both horsepower and torque.

The next day I returned to test the NM intake and exhaust combo. Both components added another level to driving experience and added a nice balance to the overall feel of the power curve. In addition to the increased throttle response, the NM Engineering intake generated a variety of different tones depending on throttle position. Under light throttle conditions, the intake added the characteristic growl you would expect from an open-air intake; at full throttle the sound did become a bit pitchy and less throaty. With my favorite sound for some odd reason the off-throttle release of boost (think a classic BOV pssssh).

The quality and design of the NM Engineering exhaust was top notch, letting out a sweet melodic tune that made a symphony of sound, from a quiet idle to a thundering crescendo on flooring the accelerator, with no reverberations or pulsations. There was no drone at constant freeway speed or even under the full-throttle, heavy-load trek up the 8 percent grade crossing from Camarillo back to the Valley. Unfortunately (and for legal reasons), the NM exhaust could not address a major restriction in the stock Cooper exhaust system: the second catalytic convertor that comes standard only on the U.S. version. The interesting thing is this second catalytic converter has been removed on the 208-hp John Cooper Works model-a clear indication that it's an unnecessary restriction that limits power. NM engineers agreed the vehicle would be better off without it, and since it contains no sensors and is not monitored by the ECU, it can be removed. Even so, NM's head engineer was quick to point out that removing the second catalyst is illegal, and thus not recommend for vehicles that use public highways. The company has plans to sell an off-road version of its exhaust system for track use only.