Home  |  How To  |  Engine  |  Okada Projects Ignition Coils on a Audi 2.0t FSI Motor - Power Packed
Subscribe to the Free 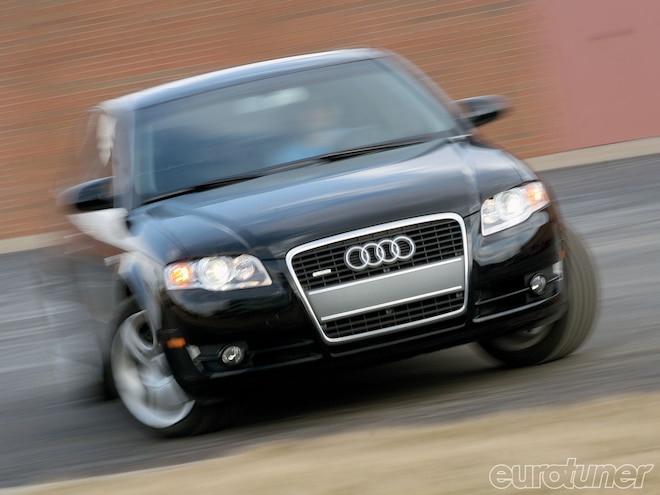 The 2.0T FSI is a popular motor for good reason, especially because numerous tuners can extract 30% more power with basic upgrades. But more power puts a higher demand on the ignition spark, and numerous 2.0T owners have seen their factory ignition coils start to fail - a problem that dates back to the 1.8T before that. 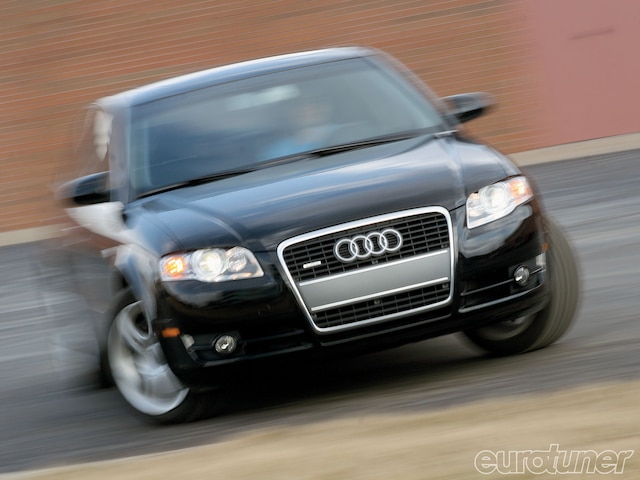 In fact, it happened to our lightly modified '07 Audi A4 2.0T. While the car would cruise normally, it would jerk under load. After changing the plugs, only to find the same symptoms, we knew what the problem was. Our #2 coil was the culprit.

This was a good time to try something better, so we obtained some Plasma Direct ignition coils from Okada Projects. A direct replacement, the coils are claimed to provide up to four times the spark energy of the factory coils, thanks to a built-in amplifier. They also reportedly generate an ultra-fast ten-spark discharge at high RPM. With a spark amperage averaging 100% better than stock, the spark reaches many more fuel molecules in the combustion chamber for a more complete burn.

To test the claims, we started by paying a visit to Modified by KC, a well-known dyno-tuning shop in Kansas City. We installed a new #2 factory coil to first establish a baseline. Additionally, since this car had over 30k miles, we also ordered fresh NGK BKR7EIX Iridium plugs from sparkplugs.com This would ensure an accurate baseline and that everything was operating at its optimum.

This particular Audi had APR software, an AWE intercooler, Carbonio intake but a stock exhaust. On MKC's all-wheel drive Dynojet in third gear on the automatic transmission, our baseline was 201whp with 250 lb-ft of torque.

With the stock ignition probably working hard with all these mods, we had hopes for the Okada units. And at $735 for the set, we'd better!

Installing the coils was simple. Just two Torx screws secure the coil connector harness, and the plugs pull right out for an easy swap. After the installation was complete, the car fired with no issues. We ran it for a few miles on the dyno to bring the coolant and intake temperatures to where they were during our baseline run, and to rule out ECU adaptation errors.

After a dyno run, we looked at peak power and found the factory coils were able to equal the Okada units. However, a closer inspection showed they were only up to the task at higher rpm - where boost (or cylinder pressure) starts to drop away. At the low end, the strong spark energy from the new coils created enough cylinder pressure to spool the turbo 100rpm sooner!

In the mid-range to peak power, there was nothing wrong with the stock coils, but the Okada coils helped low-end response, giving peak gains of 6.4hp at 3000rpm and 14.1 lb-ft at 2300rpm.

With the car being 0.11sec quicker in third gear, the improvement definitely provides peppier acceleration from a standstill. And while a manual car may not show improvement in a drag race, there's better response when powering out of low-speed turns or simply driving around town. And with the added assurance we shouldn't see more failed coils anytime soon, it makes the Okada coils a worthwhile improvement.