We Pick The Brains Of Saab Tuner Maptunusa To Discover The Tuning Potential Of These Underrated Swedish Rides. 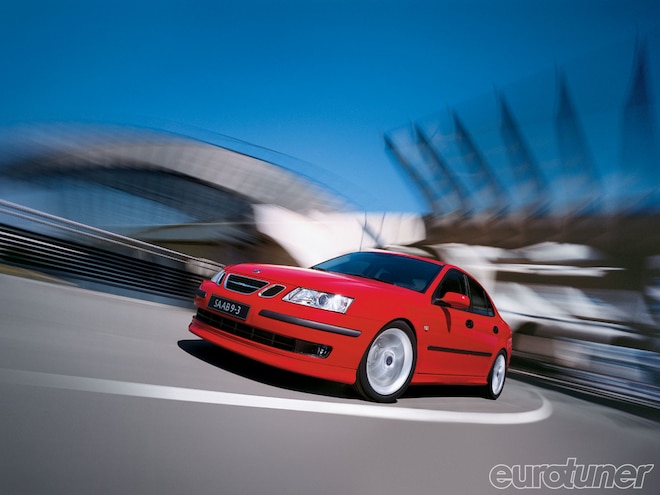 In light of Aaron Elledge's Saab 900 feature in this issue, we wanted to give you a glimpse in what the Swedish manufacturer has to offer. 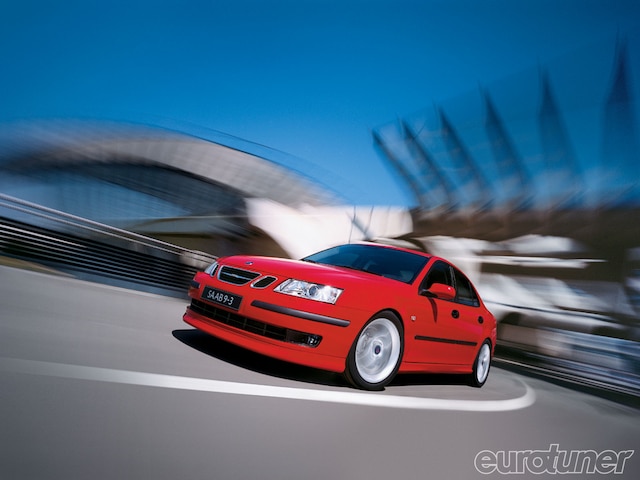 Svenska Aeroplan AB (translated as Swedish Aeroplane Ltd) was founded in 1937 manufacturing airplanes, but diversified into automobiles in the '40s, developing a reputation for safe, reliable cars. It also had a competitive European rally program for decades, giving the brand a strong motorsport image in Europe and creating a performance-oriented customer base. During the '90s, ownership switched to General Motors but falling sales and poor resale led to Saab's closure as we write.

The Saab range was aligned with premium brands such as BMW, Audi and Mercedes. However, used prices dropped fast, making them less expensive than a pre-owned VW. But most Saabs boast turbo engines and are suitable tuning subjects.

We tracked down Maptun (maptunusa.com), one of the world's most respected Saab tuners, to uncover the cars' potential. The company was established in Sweden 12 years ago and specialized in software development. As the years passed, Maptun became a one-stop shop for Saab parts, many of which they fabricate in-house in its Örebro facility, two hours west of Stockholm.

Its expertise includes engine builds, gearboxes, manifolds, fuel systems, software, hoses and more. It also has the technology to provide custom software for Saab owners who piece together their own engine build. In the last two years, Maptun has also developed programs for E85 ethanol or flex fuel.

Four years ago, MaptunUSA was born in Elizabeth, CO giving US enthusiasts direct access to information, parts and custom tuning. To address its growing customer base, they're also planning a new facility in New York. So we spoke to Andrew Schmidt from MaptunUSA who gave his two cents on the Saab aftermarket.

Apparently, the vehicles Maptun most commonly encounters are '93-and-newer, Saab 900, 9-3 and 9000. Finding an early 900 in decent condition with either a 2.0- or 2.3-liter turbo engine could cost as little as a grand. Newer 9-3 bargains with low mileage can be snapped up for under $10k.

You might also want to consider the Saab 9-2X. Affectionately known as the Saabaru, it was a rebadged Subaru Impreza wagon that gave Saab dealers an affordable turbo wagon to sell. Subsequently, there are many tuning options for this car since it shares many of the Impreza WRX components.

The conventional Saab turbocharged cars such as the 900, 9-3 and 9000 offer 150-210hp from the factory, with tuning potential comparable to the VW/Audi 1.8T/2.0T. And, according to Andrew, the cost to tune the cars is also similar: "Consider the tuning parts around the same price as a VW/Audi, but you can buy the cars a lot cheaper," he explained.

And for most Saabs, reliability and servicing is equivalent to a Honda. "The Saab 9000 beat the Honda Accord for customer satisfaction at the time," Andrew continued. "I've had a '04 Saab 9-5 that's never had any problems. These cars are very reliable and safe. That's the Swedish way."

As for tuning, these turbo coupes and sedans can ultimately be transformed into 600-700hp beasts. Inevitably, a mega-project such as this would entail a complete engine overhaul with new pistons, built tranny and a massive turbo, but it is possible.

Impressively, the older pre-'04 motors with Trionic 5 (T5) engine management are able to handle 400-500hp without a motor build. Unfortunately, cars produced after '04 (such as the Saab 9-3 using T7 management) had weaker pistons and valvetrain, making them less bulletproof.

The more complex T7 ECU was introduced to offer better fuel consumption but such cars can still reach 315hp safely, without breaking the bank, and are well suited for the street.

For all these Saabs, Maptun offers up to seven comprehensive tuning stages. They cater to everybody, from guys who just want a little tweak, up to hardcore enthusiasts who want to go balls-out. There's something for everybody.

In each stage the software is retuned to account for engine components such as an intake system, exhaust, fuel injectors and bigger turbos.

The basic upgrade is an ECU reflash via the OBD port. If there's an owner who can't reach a Maptun dealer, the ECU can be sent to its HQ for the update and quickly returned.

The most extreme engine build kits can exceed 500hp, but expect to pay a five figures sum. And although newer T7 cars are capped at 315hp, Maptun has kits to strengthen the motor and tranny for more power.

One of the components most susceptible to damage is the transmission. It's not uncommon to blow several units but Maptun offers a six-speed manual it has thoroughly tested on its 700hp demo car.

If you're interested in buying a Saab, there are several details to consider. So we advise you to contact Maptun or one of the tuners listed here to ascertain what parts to replace first and how far your budget will stretch. You can even sift through online resources such as saabcentral.com and saabscene.com to chat with other owners.

Saab Tuners
Abbott Racing
For over 20 years, Abbott Racing has been one of the most respected Saab tuners in the business. Based in the UK, it has a racing pedigree, having campaigned the Saab 900, 9000 and 9-3 with great success. Abbott is also famous in the 9-3 community for developing a kit to fix the steering rack - a common problem in these cars. Software upgrades, exhausts, suspensions and accessories are some of the products offered by its retail store (abbottracing.com).

BSR
BSR is another Swedish tuning house that started developing software in '91. They've developed programs for Saab as well as Volvo, Volkswagen, Audi and Ford (bsr.se).

Genuine Saab
Also known as Tallaferro, Genuine Saab has been supplying parts in the US for 20 years, being an authorized dealer for BSR and Nordic. They also make in-house parts such as short-shifters, brakes, suspension, engine hardware and more. For fun, they campaign a 540whp E85 Saab 900 on the quarter-mile, which last ran 11.33sec at 126mph (genuinesaab.com).

H&R Springs
A brand you trust, H&R Springs offers suspension kits for the Saab 9-2x and 9-3. However; they have virtually all Saab applications in its German warehouse, which can be special-ordered (hrsprings.com).

Hirsch
Not many tuners can say they've officially partnered with Saab, but Hirsch Performance can. They offer performance parts and accessories In Europe, which apparently won't void Saab's factory warranty. Based in Switzerland, the factory support is an endorsement of Hirsch craftmanship. They offer everything from software, exhausts, interior bits and wheels to body kits - all Saab specific (hirsch-performance.ch).

Nordic
Much like Maptun, Nordic offers several tuning stages for virtually all Saab models including kits to run E85. Based in Sweden and having been in the business for 30 years, this tuner is worth a look (nordictuning.com).