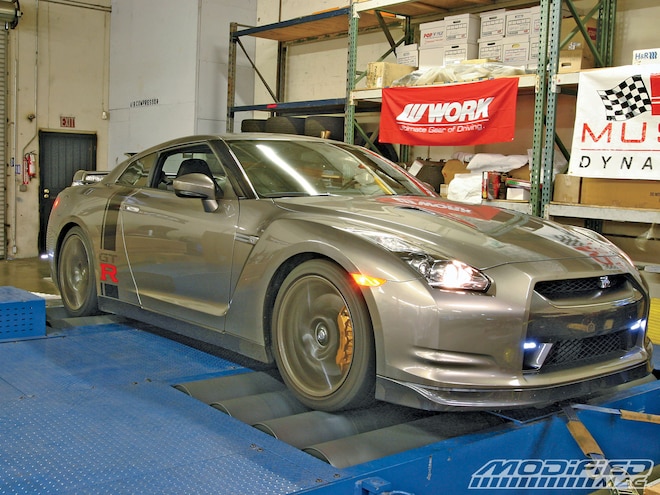 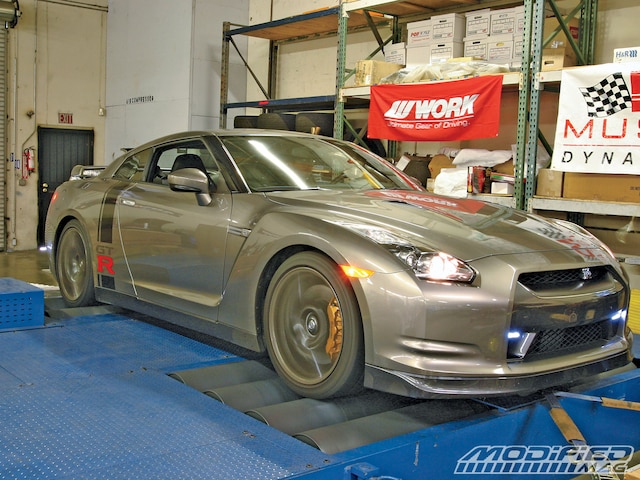 Description
Even when rated at 473 bhp and 434 ft-lbs of torque, no self-respecting GT-R owner will say that the car has enough power. That's always been the allure of owning a Godzilla supercar. But times have changed, and unlike its predecessors, Nissan has made the new R35 near untunable from an obscene power perspective. Even a year after its release, most top-end tuners have yet to tear the motor apart and try their hand at breaking the big 1,000hp mark that older cars were so capable of doing.

While we wait for that solution to finally arrive, GT-R owners do have some basic bolt-on options to help glean a precious few extra horses without pissing off the omnipotent factory computer. We tried the new TiTek Innovations full titanium after-cat exhaust and race mid-pipe combinations on our '09 GT-R test mule. The car was completely stock and barely out of its break-in mileage when we performed our test.

When it comes to exhausts, the GT-R stock hardware is already damn good in terms of flow. By design, few OEM-quality exhaust components feature such large piping, free-flowing mufflers and such monster tips. We didn't expect TiTek's titanium replacement to make much more power because piping geometry is nearly identical to stock. If anything, the weight reduction from switching from OEM steel to thin-wall titanium might give a fraction of a second on the track, but should show little returns on the dyno.

To maximize the upstream flow from the new exhaust, we also added TiTek's race mid-pipe. These pieces eliminate the pre-merge secondary catalysts found on the stock hardware with straight 76mm tubing and flex sections and are offered with or without a mid-pipe resonator. This means less backpressure and, more importantly, a huge weight savings by eliminating two secondary cats. We got the unresonated race-spec piece that promises to be louder and lighter.

Results
Our stock car dyno'd at roughly 400 whp at 6050 rpm and peaked out at 426 ft-lbs of torque at 3700 rpm on SP Engineering's conservative Mustang MD-AWD-500-SE model chassis dyno. Compared to the factory rating, that's roughly a 15 percent loss across the driveline. According to SP Engineering, these numbers are consistent with what a stock car should put down on its Mustang dyno.

Installation of the TiTek hardware is very simple. The only time-consuming part is the removal of the stock undertray diffuser necessary to access the exhaust system and alignment of the new polished and purpled titanium tips. The new exhaust and mid-pipe saved us a total of 41.3 lbs over the stock parts which weighed in at 69 lbs. The use of the race mid-pipe, which eliminated the secondary catalysts did not trip a MIL (Malfunction Indicator Lamp, aka "check-engine light") Exhaust noise was completely acceptable inside and outside of the car even though the race mid-pipe was unresonated. In terms of sound, the new plumbing added an edgy, slightly raspy element to the exhaust note giving the GT-R a little hair on its chest.

On the dyno, we saw a nearly consistent gain in power across the entire pull with the new plumbing. At its peak, the torque increased by 8.5 ft-lbs of torque while power jumped by nearly 20 whp. The power and torque curves both retained its stock profile, which is a good sign that the engine and ECU are both happy. 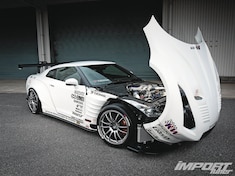 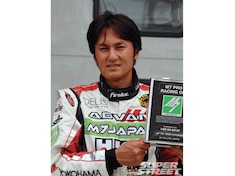 M7 Shakes Down with No One Better - Intel

M7 has been making a lot of noise lately, and this time, they brought in one of Japan’s star drivers to help them make a little more. Check out Nobuteru "NOB" Taniguchi driving for M7 Japan at the Sepang International Circuit in Malaysia. - Super Street Magazine 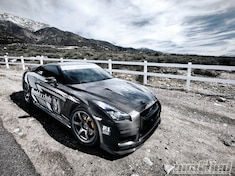 In this day and age, we’re used to seeing aftermarket companies produce what they call “demo cars.” I am happy to report that Buddy Club does things differently. Check out Buddy Club's 2009 Nissan GT-R. - Modified Magazine

AMS is redefining "super car fast" with their '09 GT-R Alpha 9 edition. This modified 2009 Nissan GT-R is a road warrior like no other. Go to Modified to get all of the details. - Modified Magazine

Supercar Envy, Or Not - Editorial 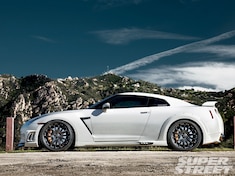 Here is Brian Gee and his 2009 Nissan GT-R that happens to be the first in the U.S. with a complete Wald Black Bison kit with Deatschwerks 800cc fuel injectors and Swift Springs Sport lowering springs. - Super Street Magazine 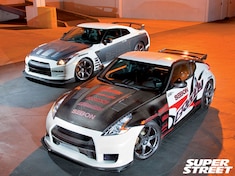 In the Nissan family lineage, the Fairlady Z moniker has always taken a backseat to its bigger brother; the Skyline GT-R. Take a closer look at a little friendly family rivalry between the 2009 Nissan GT-R and the 2009 Nissan 370Z. - Super Street Magazine