Home  |  How To  |  Engine  |  Building Your Own Subaru Forester STI - The Ultimate Wolf In Sheep's Clothing? - Tech Talk
Subscribe to the Free 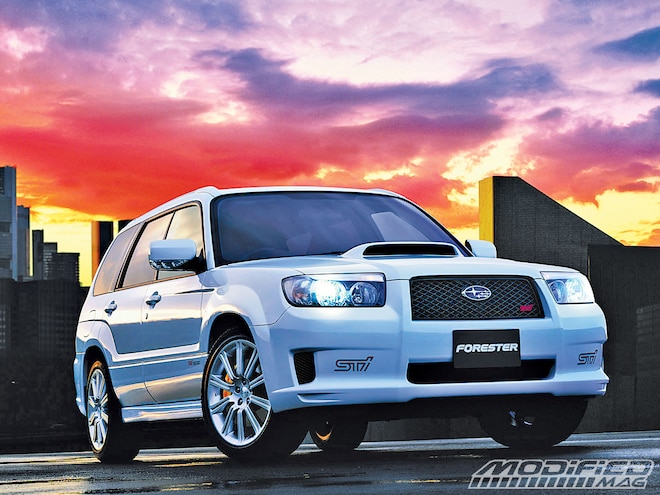 When I was just getting involved in the whole import "tuner" scene, machines like the Nissan Skyline GT-R, Mitsubishi Evolution and Subaru Impreza STI were as legendary as they were unobtainable. But Japan has been much more willing to share its best cars with the American market in recent years-from the R35 GT-R to the Evolution X and Impreza STI. In many ways these are the golden years of Japanese performance car ownership in America, but what if you want to drive something with more passenger and cargo capacity while flying a little (OK, a lot) lower under the radar than any of these angry-looking, all-wheeldrive monsters? In Japan you could opt for a Subaru Forester STI, perhaps the ultimate utilitarian wolf in sheep's clothing, but unfortunately for us Yanks, this hot version wagon never made an appearance at the local Subie dealership. 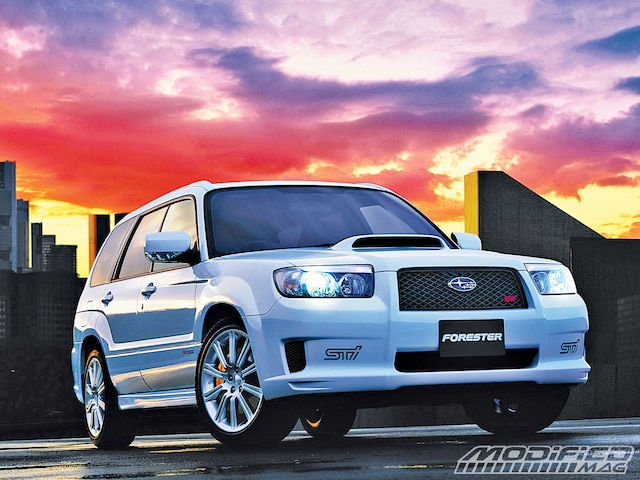 Photo 2/6   |   The second-generation Subaru Forester included a STI version in Japan, which can serve as both inspiration and parts donor when converting a USDM '04-08 XT to STI status.

All is not lost, however, since those of us who crave an "angry toaster" of our own (see www.topscoob.com for inspiration from the original Angry Toaster, an amazing SF5 Forester given a thorough STI conversion and suitably cool nickname to match), there's a surprisingly easy conversion that was recently brought to my attention by Doug Nelson, the education manager at UTI's Norwood, Massachusetts, campus. Doug's a genuine Subaru fanatic whose GC8 Impreza build was so impressive we had to feature it on the cover of our January 2008 issue, and before settling in at UTI he was an Acura technician for almost a decade. Doug is the very definition of a "car guy" and as passionate a tuner as you'll ever find. But like all of us, Doug is getting a little older and maybe even a little wiser, and with a wife and kids at home he decided he needed a practicl daily driver.

How's that possible? Just this once, you won't have to enroll at UTI to tap into Doug's Subie vault of knowledge. The "secret" lies in the fact that the '04-08 XT model Forester like Doug's came from the factory with a turbocharged 2.5-liter engine very similar to the STI's. According to Doug, "The '04-08 Forester is basically a box-shaped WRX/ STI on stilts. Basically, if a part fits an '04 WRX/STI it fits on a XT Forester. The main differences performance-wise between the WRX/STI and the Forester XT are the use of a small TD04 turbo (same one found on the WRX), a top-mount intercooler that's smaller than a WRX's, a catted up-pipe like those found on a WRX, different ECU tuning (boost tops out around 11 psi on the Forester, whereas a WRX will hit 13 psi and a STI will hit 14.7 psi), and a fuel pump the same size/ flow rate as a WRX (130-lph rating compared to the 190-lph STI pump)." So as you can see, a Forester XT isn't exactly on par with a STI straight out of the box, as indicated by its factory rated 210 hp and 235 ft-lbs of torque, but with a few upgrades its 2.5-liter boxer can pump out STI-equivalent power and the Forester is actually 15 lbs lighter than a STI (according to motortrend.com, the '04 Forester XT has a curb weight of 3,250 lbs and the '04 Impreza WRX STI has a curb weight of 3,265 lbs).

According to Doug, the must-have parts to upgrade a XT to STI power under the hood are a STI non-catted up-pipe, a STI intercooler, a STI VF39 turbocharger and a STI axle-back exhaust system (although the front muffler hanger and tailpipes will need to be tweaked for proper fitment), a STI hood scoop from a JDM '02-03 WRX, and if you have an '04 XT you can directly swap in a STI ECU, but later year XTs will need a reflash (and of course a reflash is a good idea anyway if you make some other high performance mods to your XT). An STI fuel pump will work fine, but given how inexpensive a Walbro 255-lph fuel pump is, that's probably the better option because it gives you some room to grow.

The beauty of this upgrade path is that all the parts are easily sourced for around $1,000 from JDM importers and in the "For Sale" forums on popular Subie spots like nasioc.com and iwsti.com or from Doug's favorite shop eastcoastswappers.com.

The surprising part about this pseudo-STI conversion is that it's not only inexpensive but also very effective in the power department. A stock Forester XT produces about 176 hp and 172 ft-lbs of torque on an all-wheel dyno, while an '04 STI generally produces about 235 hp and ft-lbs of torque at the wheels. With the above STI upgrades, Forester XTs generally produce about 260 whp and 300 wtq, making it more powerful than a stock STI. Doug was unsure why XTs make so much power with these simple STI upgrades, but some good theories include better airflow to the air intake because of the larger front grille opening on the Forester, better airflow to the top-mount intercoolerbecause of the shape/angle of the Forester's nose and hood, and perhaps even a less restrictive exhaust path.

Since the Forester's chassis is basically the same as an Impreza, The STI treatment doesn't have to end under the hood either. According to Doug, "Any '04-07 WRX or '04 STI spring/strut combo will bolt right up without any problems. Only the '04 STI struts will work with the Forester XT because the hub mounting was changed for 2005. They can be made to fit, but it's not really worth the cost involved. The WRX/STI both use the same-sized front sway bar. Another thing to consider is the fact that Japan has had the Forester STI for some time, and it has a number of cool toys and trim options that are easily sourced. For starters, the trim piece around the radio on JDM models come in a slick flat black. Also offered in Japan is a cool little storage box under the radio that can hold two 16-ounce water bottles." And, of course, there's also the STI badges off a JDM Forester STI and other items that'll bolt right up like STI seats and steering wheel right down to the big Brembo brakes and programmable center differential.

Photo 6/6   |   With a subtle set of aftermarket wheels, WRX springs for a 3-inch drop and a few STI trim items inside and out, Doug Nelson's XT is a true wolf in sheep's clothing.
View Photo Gallery (6) Photos

With so many OEM STI upgrades available at a reasonable price and with factory quality and ease of installation, turning the awardwinning '04-08 Forester XT (Car & Driver's Best Small SUV, '04-06) into a seriously quick street machine has a lot of appeal. Can you imagine the look on the face of that mullet-haired Mustang driver who just ate a mouth full of dust from your box-on-wheels cute ute? And with a nice set of aggressively offset wheels and a ride height reduction via '04 STI shocks and springs or an aftermarket coilover setup, a Forester should retain most of its utility (though I doubt many Forester owners ever go off-roading anyway) while achieving a much sportier appearance and far superior handling.

As Doug Nelson from UTI put it, "For me, the appeal is the fact that the Forester XT is a bit more refined and luxurious than the WRX/STI, plus it has all the benefits of being a wagon/SUV for those of us that need to move large items (JDM parts!) or have kids. The other driving factor for me was that it already had the 2.5-liter powertrain and was still under warranty. Basically, with a XT you have all the creature comforts that come with the Forester, have the ability to bolt on OEM STI parts and make the same or more power than a STI and go undetected at the dealership so the warranty remains intact, all for less money than a STI." What's not to like about that?

Send your feedback to dpratte@modified.com.