Trying to squeeze some extra power from the K20A3 engine. 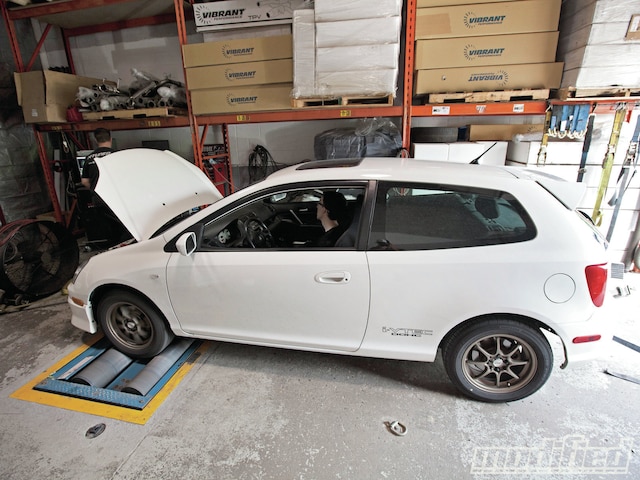 Description
The ’02-’05 Honda Civic Si hatchback looked like the sport hatch that would replace the famed EG and EF Civics, but looks alone would not help it reach the modability of its earlier brethren’s. Unfortunately, North America didn’t receive the EP3 Type-R version of this platform (or most other cool Hondas, for that matter) that boasted 200 hp with a 7,900-rpm redline. Instead, we got a dumbed-down version: the Si that featured the K20A3 engine producing 160 hp from the factory.

By no means is the seventh-generation Civic a slouch. However, the K20A3 doesn’t take too well to modifications, and while horsepower can be improved with an intake and exhaust, it won’t net you big gains. Instead, the more feasible and sensible choice is an ECU reflash, and the folks at Hondata have perfected a simple tune that not only adds a bit of oomph to the powerband but also increases the rev limiter, which livens up the engine tremendously.

This simple plug-and-play reflash is the ideal choice for any EP3 enthusiast looking to add excitement to his or her daily commute without losing any reliability or driveability. 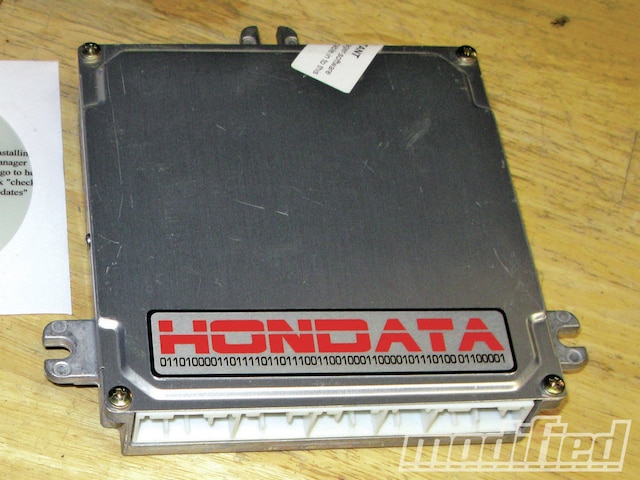 Results
When you’re dealing with an engine that was designed more for its fuel economy than all-out performance, horsepower and torque gains are hard to come by. The ideal choice for an EP3 owner looking for significant performance gains is a K20 or K24 swap from the Type-S RSX or TSX. That will not only bump horsepower output to Type-R-like power but will also provide an excellent base for future mods.

In this instance, the owner wanted some more pep to the Civic without having to spend a lot of money or do too much work to the car he wanted to keep sound and running like stock. This car is his daily driver, after all. That’s the beauty of the Hondata reflash; it performs well on a stock car so you can leave the stock exhaust on and even the stock intake if you’d like. We performed the Hondata intake mod on the stock box that removes some plastic from the inside and improves airflow (this mod can be found on Hondata.com/techkseriesairboxmod.html) and then dropped in a K&N air filter, as it seems a worthy upgrade.

Three days after sending our EP3’s ECU and immobilizer to Hondata, we had it back modded and ready for testing. Initial butt dyno results proved there was more power to be had in the entire rpm range, but the biggest and most thrilling excitement was being able to rev the engine out to 7,700 rpm.

The extra 1,000 rpm allows the K20A3 to stay in its sweet spot, whereas when stock, the power would fall off significantly after shifting. The Hondata reflash netted an extra peak 14.5 whp and 16.1 lb-ft of torque on K-Tuned’s Mustang dyno. An unexpected surprise considering the engine, but it just goes to show that Hondata is genius when it comes to tuning Honda engines, and this one is no exception. If you’re looking for even more power gains, then a K-Pro version is available and it allows full control of all the ECU’s parameters, but if a no-nonsense power upgrade is what you want, then look no further than the reflash. 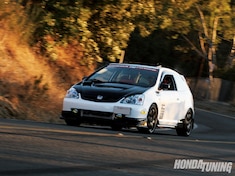 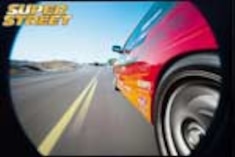