Nissan KA VS Nissan SR20DET - The Battle For Supremacy 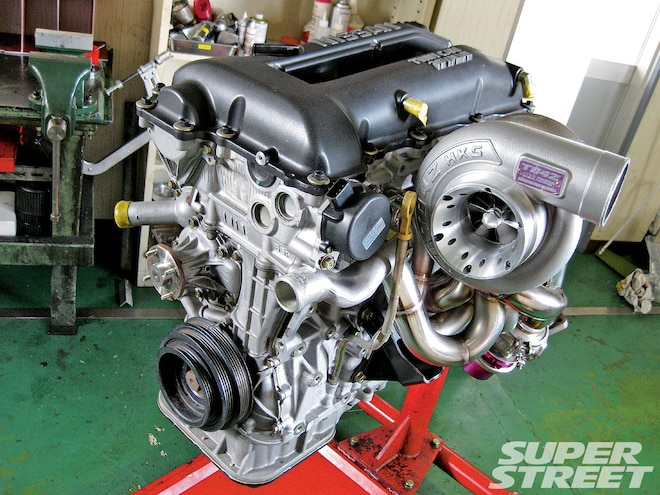 The argument for which engine reigns supreme has been around since the beginning of car customization. For as long as manufacturers have been producing cross-compatible engines, enthusiasts have found ways to figure out how to get them to work in their cars. For Honda guys, it was between the different B-series engines; more recently, it has evolved into a K-series versus B-series game. But for Nissan guys there wasn't always so much choice. While everyone else in the world got the SR20DET, US 240SX owners were given the naturally-aspirated KA24DE, originally a truck engine and not a sporty engine. With the exception of a few hardcore followers, the venerable truck engine was an outcast from the very beginning, written off as "junk". In some degrees, it still gets a bad rap to this very day. 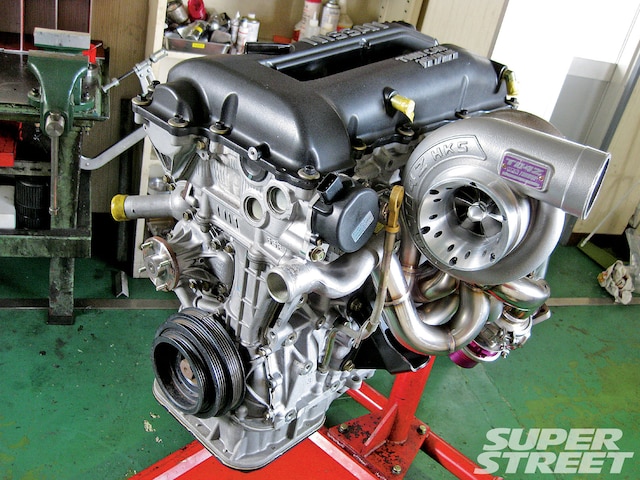 When the big boom of drifting happened, everyone was rolling in a S13 or S14. With the miracle of logistics, SR20DET engines were as easy to find as B-series engines, and were coming in by the container load. Turbo KAs also became more and more common. This is when the real battle began; to be "oh, so JDM" with the SR20DET, or tried and true with the KA24DE? But which engine setup is really better? The SR finds heritage as a one-time Super GT powerplant while the KA is still used extensively in offroad truck racing. This argument could take days to argue down. But for the sake of your time (and our sanity), we'll take a short look at both engines to see the strengths and weaknesses of both engines.

Bottom End
The SR is a box engine design with an 86x86mm bore and stroke, while the KA is an undersquare with a 89x96.0mm. Due to its short stroke, the SR can turn considerably higher RPM speeds than the KA. Speaking with Clark Steppler from Jim Wolf Technologies, he told us they found out, during their engine development program with C.O.R.E. truck teams, the KA starts to see dangerous levels of engine vibration once it goes past 7600rpm. While you probably won't notice this driving around on the street, sustained vibration at high rpm over long periods, as in a race, means a very short-lived engine.

But the SR block is not without faults. If big power is your game, the KA has a larger base displacement (2389cc) in comparison to an SR (1998cc). As the old adage goes, there is no replacement for displacement. Bigger motor means bigger power, that is, unless you have boost (more on that later). It would take quite a bit of stroking (That's what she... nevermind. - JW) and honing to get the SR to even par with the KA. The limiting factor for the SR here is the shorter deck height. You can only stroke it so far to where you hit a physical limit. Being a smaller displacement engine, it is also limited to how much the amount of exhaust pressure it can generate. This means that with the same size turbo on each engine (say an HKS GT-RS), the KA would be able to spool the turbo faster, theoretically hitting peak boost sooner than the SR would. Although it wasn't originally designed for boost, the KA engine can, to a point, hold its own when boosted. Its cast iron block is built tough to handle abuse, but falls a little short with its puny rods and cast pistons. Its weakest points are its head gasket and head studs. The SR was built for boost from day one as its head gasket, head studs, pistons and rods can hold their own against mild turbo upgrades and increase in boost levels.

Cylinder Head
No matter how big the engine is, if you can't get air in, it won't make power. Think of it as the same way you breathe out of your mouth compared to your nose. You can get more air in quicker through a big hole than a smaller sized one. This is where port design and valve angle play an important role. From the factory, the SR head flows quite well. The KA head has large, adequate intake ports, but the exhaust ports are pretty small. Good thing Nissan casted enough material in the KA head to where it could be ported to flow comparably to a SR head.

As we mentioned before, the SR bottom end is made to handle RPM. Where it falls short is its valve train design. SRs are notorious for spitting out rocker arms at high RPMs. The KA uses a shim-over-bucket design that puts a direct link between the cam and the valve. What does that mean? You won't have to worry that you will have valve train issues at high RPM, like bouncing off the rev limiter drifting.

Parts Selection
This is the most contested issue between the two engines. While as recent as five years ago, parts development for the KA was little to none, but many companies have rallied to the cause of the KA. You can find almost anything to build a solid performing KA. But, this is only a fraction of what is available for the SR. Take a look at any copy of the multi-series HyperRev 'mook' for a Silvia and it's amazing how many different manufacturers and variety of off-the-shelf parts can be sourced. Both JDM and USDM manufacturers have extensive parts support for enthusiasts.

As you can see, there are two sides to every coin. Although many people have written off the KA as a POS truck engine, it has its definite strengths. The almighty SR is not without faults and limitations. So which engine is better? The real answer lies not with the engine but with how it is properly built. That might sound like something Yoda would say, but the power of an engine lies with proper preparation and tuning. Still not convinced? Lets see what the experts have to say about it.

The KA24E and DE engines also come from other Nissan models not listed here.

* The SR20DET also comes as a FWD variation and from other Nissan models not listed here.

Just The Tip From The Experts
ERic hsu of cosworth: KA; For a streetcar, there is no replacement for displacement. The KA head flows better than the SR and is only limited by head studs (which ARP sells) and head gasket (which Cosworth is currently in development of).

Naoto negishi of npd: KA; The difference in displacement, valvetrain design and cost/availability of donor engines gives it the edge over the SR20DET.

Eddie Kim of Dynamic Autosports: SR; This is because of the number and variety of parts available. Everything from engine parts to manifolds to engine management makes it an easy platform to work with.

Alex Shen of SP Engineering: KA; The KA's cast iron block makes it strong from the start. Since fuel management is no longer a limiting factor, it is a strong base package for making power.

Dai Yoshihara of Falken Racing: SR; In racing, engine reliability is a big priority. I think that tuners have an easier time making power on the SR, but I would prefer my V8 over them both (laughs).

Quoc Ly of Driftspeed: SR; I choose the SR because it takes less effort to make decent power and there are so many different parts available for it. Masaki Nakayama of A'PEXi: SR; There are tons of support for the platform. People have more choices in parts and makers.

Kenji Sumino of Greddy: KA; I built my first KA in 1996 because I wanted to be different and believed it was a better-designed engine to make big power. I still believe this true to this day.

Clark Steppler of Jim Wolf Technology: KA; Although the SR20DET surpasses the KA24DE in many areas, the KA can be improved to match or surpass the SR. The size of the engine and deck height makes it an easy choice when making big power.

Nissan KA VS Nissan SR20DET - The Battle For Supremacy
Photo /