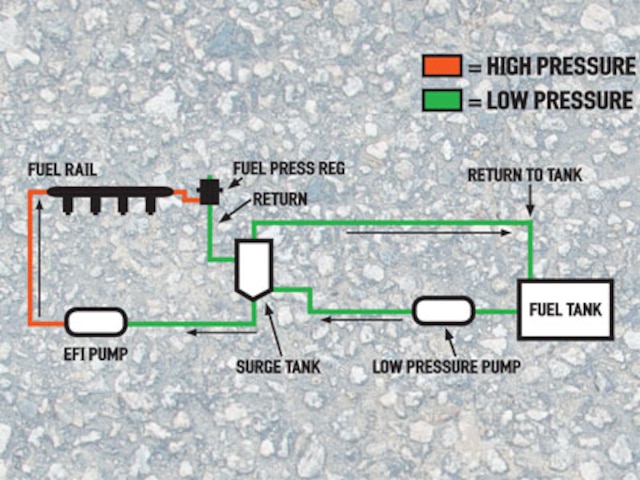 Fuel surge tanks have been around for quite some time but still, many enthusiasts don’t know what they do or why they might need one. For the most part, surge tanks are used to ensure a constant supply of fuel on race/drift cars which can be prone to fuel starvation during high lateral G’s. The secondary use for a surge tank is to prevent fuel starvation on a carburetor to fuel injection conversion. The problem with most carbureted cars is their fuel tanks aren’t designed to support a fuel injected engine. The reason is that carburetors have a built-in fuel bowl, which stores enough fuel to keep a constant fuel supply, even if the pump runs dry for a short period. In contrast, most fuel injected cars are designed with a reservoir built around an in-tank pump to ensure a constant supply of fuel to the engine.

In the case of our Datsun 620, we had another issue at-hand: an ineptly small ¼" fuel line system. Changing out the lines is easy, but the system will still be bottlenecked by the ¼" fittings built into the fuel tank. So again, a surge tank is the answer—in theory at least. Here’s the rationale. An engine’s fuel requirements will vary based on how far you have your foot into the accelerator; so the only time that our fuel system might need to flow more than the capacity of the ¼" lines is when the engine is at or near full throttle. Given that most people never drive at full throttle for more than several seconds at a time, the reserve fuel in a surge tank should be able to keep a constant supply of fuel going to the engine through the periods of hard acceleration and then refill during the times when we back off of the throttle. Of course, this might not work on a race car that runs at full throttle constantly or a high horsepower engine that requires large amounts of fuel, but it should be adequate for our naturally-aspirated street cruiser.

To help you better understand the concept of a surge tank, we’ve put together the diagram above to illustrate how the system works. The fuel starts at the factory tank and gets drawn into the low pressure pump. The pressurized fuel then flows into the surge tank and out toward the engine. Along the way, the fuel goes into an inline high pressure EFI pump and out to the injectors. At this point, the pressure of the fuel is controlled by the fuel pressure regulator and feeds the engine. Any remaining fuel then returns to help refill the surge tank. As the surge tank reaches its maximum capacity, the excess fuel returns back to the main fuel tank. The following steps show how we applied the concept to our project. We’ll be sure to follow up with an update to let you know how our system works out. 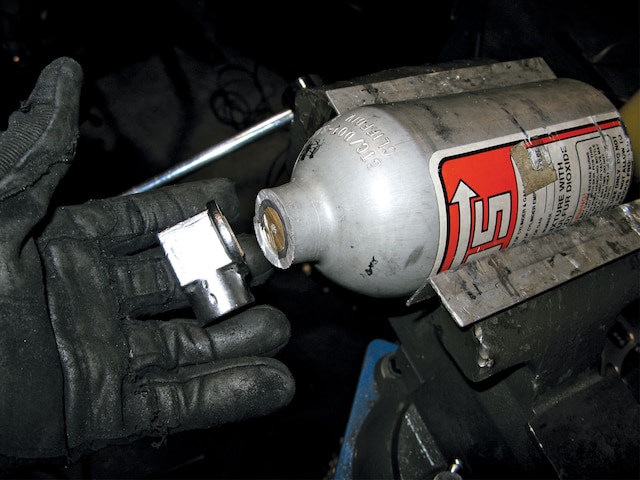 Photo 2/35   |   01 The first step to building a surge tank is to find a suitable tank. You want to find something cylindrical in shape, strong, and resistant to fuel. A lot of guys fabricate them out of 3" OD aluminum tubing, welding caps on the top and bottom. As for volume, most people recommend a tank that can hold about one liter but this is dependent on what type of driving/racing that you do and the fuel demands of your engine.
SHARE ARTICLE
SuperStreetOnline