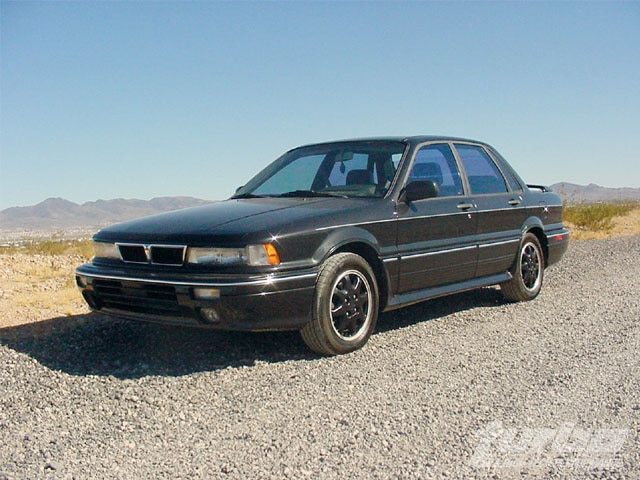 In the early '90s, there weren't many so-called "import" cars to choose from that combined high performance with high technology.

In the United States, the DSM triplets offered hope. At that time, who knew what the potential would be for the venerable 2.0-liter, 16-valve turbocharged Mitsubishi 4G63 powerplant? Add the option of all-wheel drive to the equation and the most horsepower-per-liter offered for a car of its size and the first-generation DSM was a combination that was really tough to beat.

As time went on, many enthusiasts of the Mitsu-based Trio, (Eclipse, Talon and Laser) exploited the cars potential. Where else could one get a car that produced 195 hp at the flywheel and over 25 mpg on the freeway, all in a package capable of 14-second quarter-mile runs and 0-60 blasts of under 6 seconds? 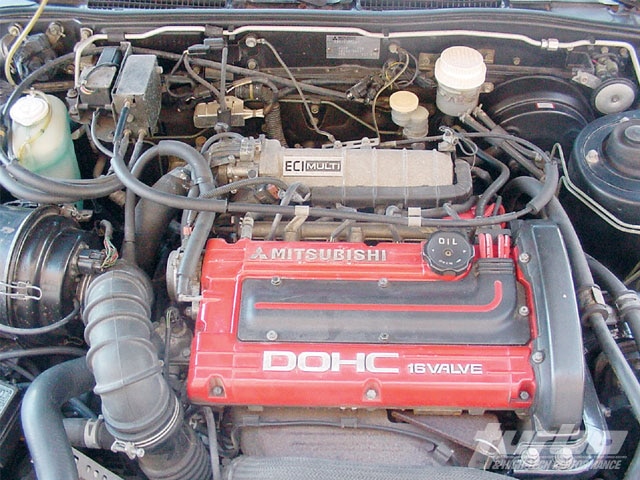 Many articles have been written about these particular cars. But what many people don't know is that a close cousin to the trio was imported from Japan. The 1991-'92 Galant VR-4 shared the same basic drivetrain as the top-flight DSMs-namely the 4G63, all-wheel drive and five-speed gearbox. The Galant's four-door configuration makes it one of the best sleeper cars; period. Initially built as a rally car, a street version was sold to enable factory use of the car for competition in the United States. Only 3,000 units in a two-year span made it to this country.

Our tester is a virgin 37,000-mile example bought from the original owner-a real trophy considering the rarity of the VR-4. The overall plan is fairly simple. Using mostly bolt-on parts, double the Galant's horsepower in stages. An added bonus is the upgradability of the 4G63 engine from both a cost and reliability standpoint. The proposed mods will demonstrate how durable and reliable the turbo engine really is without changing any of the engine's internals. No internal parts saves money on the parts and labor to install them.

Off To The Dyno Cell
Stage one was fairly basic. The car was fitted with a fresh set of plugs and wires, then dyno'd. To dyno the AWD car, a welded viscous coupling was installed in the transmission. This makes the front and rear wheels all spin at the same speed with no slippage. Not the best for a street car, but it serves the purpose of allowing the car to be dyno'd as a FWD. The car's transfer case was then removed for the tests. The Silver State Motorsports Dynojet was spun to 190.6 hp and 198.2 lbs-ft of torque.

With respectable baseline numbers, it was time to see where all the power was hiding. The most basic and cost-effective modification is a new filter element. It is cheap and simple to install. A $45 K&N air filter was installed and after ample cooling time, the dyno was once again spinning. Big dividends were paid; output skyrocketed by 11.2 hp to 201.8 and torque jumped to 220.3 lbs-ft, 22.1 lbs-ft to the good.

Following the filter was a Doug's Dynopower (DDP) cat-back exhaust. The stock system makes the 4G63 exhale though a straw, so there should be some big-time ponies let loose with this addition. True to form, the 2.5-inch system made a healthy difference as peak power was bumped to 215.5, a 13.7-pony increase. Torque was the big winner on this modification, seeing an increase of 23.3 lbs-ft to 243.3.

Always a gateway to power, the stock downpipe of most any factory turbocharged engine is a prime candidate for replacement. On the Galant, we elected to go with a 2.5-inch mandrel-bent DDP unit. Still using the stock cat converter, decent power gains across the range were made just by freeing the rest of the exhaust system. Again, torque was the main benefactor jumping 10.5 lbs-ft to 254.1. On the horsepower side, a modest 5.2-hp improvement was noted. All tallied this was a hard-hitting trio of bolt-ons, generating an impressive 30.1 hp and whopping 55.9 lbs-ft of torque.

Phase two is on tap for the Galant-consisting of a boost controller, front-mount intercooler and an upgraded turbocharger. Later on, a fuel computer, camshafts and other power adders will be unleashed on the Galant. An eager 400 hp at the wheels in a four-door is going to be very interesting-so sheep beware.

We throw a Turbo XS HPBC and Apexi AFC onto our Mitsubishi Galant 4G63. See what kind of power it makes after the new additions. - Turbo Magazine