Home  |  How To  |  Interior Electrical  |  Dirt Devil
Subscribe to the Free

In part one of our Civic hatchback rally effort, future drivers Silvio Macias and Ed Flores strip out the vehicle and set up rollover protection. 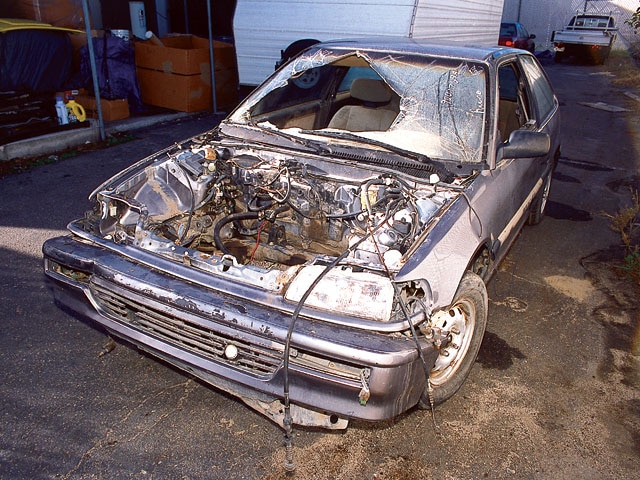 We blame the World Rally Championship. Ever since Speed Channel started airing the races and Bam! came out with that infernally addicting video game for the PS2, we've been nuts about the sport. The gravel, tarmac, and snow stages, sideways driving around hairpin turns, crazy foreigners packing the shoulder all along the circuit - it's all good.

Unfortunately we don't see any Hondas taking on the WRC, and only a handful competing in some of the lesser-exposed series. This has us a little puzzled, seeing as how most people who rally race Hondas (like the Honda Research Rally Team, HT July '03) swear that the cars are well suited for it. They may not be all-wheel drive or turbocharged like some, but we challenge anyone to find a more durable platform. Throw in a few mods and suddenly the cars aren't just capable, they're competitive.

That's the hope of Ed Flores and Silvio Macias from suspension manufacturer The Progress Group. The guys came up with the idea to build the rally racer, mostly because "everything else has been done before, and we want to see how Honda does in the dirt," explains Macias. In addition, the tag team has its sights set on challenging Sport Compact Car engineering editor Dave Coleman, who also rally races and has been egging on the twosome. "Besides," chimes in Flores, "we want to see if we can get sponsored by McDonald's."

To get the ball rolling, Macias contacted Keith Gillespie at Honda Auto Salvage in Phoenix, Ariz., and Gillespie hooked the guys up with the junky but utilitarian shell of a 1991 Civic hatchback, pretty much just a rolling chassis when initially received. After getting the car, Flores contacted the Sports Car Club of America (SCCA), the pre-eminent club racing organization in the United States, and determined which class they should be running in, deciding on the entry-level ClubRally program. SCCA says the series is for the enthusiast who wants to run like the big dogs without the financial burden of traveling across the country for races or securing current body-style cars.

When we caught up with the pair they were just about to gut the Civic and piece together a roll cage, which will be made out of 1 1/2-inch diameter, .120-inch wall thickness seamless drawn over mandrel (DOM) mild-carbon steel tube. This is the minimum size required by the SCCA Performance Rally program for the class they will be running in and the weight of the vehicle with fuel, spares and race ready, but with no drivers. Flores will be doing most of the cage fabrication; since he's the one with 15 years of experience crewing for off-road, World Championship, NASCAR, and SCCA teams, we trust him implicitly to guide us through this portion of the build. 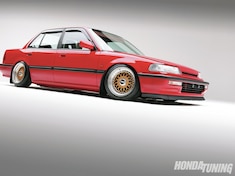 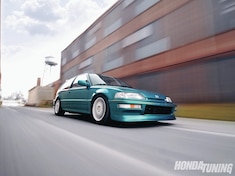 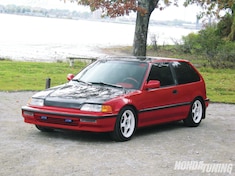 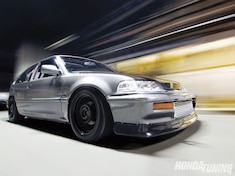