(This story is something I chased down at Rywire's a few years ago, but it was lost during a website transition for the Super Street Network. Browsing through an old back-up drive over the weekend, I came across the info and images and once you see what he's done, I think you'll agree that it's every bit as relevant now as it was a few years back. A quick note, this car seemed to be put on hold for quite some time and recently resurfaced on the Evasive Motorsports social media pages and looks incredible. I tried to contact the owners in an attempt to get a full story on the finished product, but they weren't interested. With that said, enjoy - Ed.)

When it comes to motorsport electronics, Ryan Basseri of Rywire has seen and done it all. From basic tucked wiring harnesses for the show-car crowd to one-off, mil-spec harnesses for Motec-equipped racecars, and even complete front-to-back wiring systems for competitive trophy trucks. After being approached by AKH Trading, Inc., to properly wire their RSX track car, Basseri came up with a unique idea to build something that would consolidate crucial elements, yet remain completely driver and pit crew friendly.

Rather than relying on fuses, Basseri chose to incorporate push/pull circuit breakers for their reliability and assistance in pinpointing potential issues using a manual reset function. When and if something goes awry, the push/pull switch will turn white when popped, alerting the driver. If it's something minor, he can reset immediately while remaining on track. If it's something potentially catastrophic, he'll know to get off track for the sake of safety for both himself and the car. In order for these to be driver friendly, they needed to be mounted within arms reach. Additionally, Basseri's set up relies on a bevy of relays, a number of switches for basic function, and he intended for all of this to be easily installed and removed time and time again, without complications.

Being that the car's audio and temperature control units were already removed and replaced by custom carbon fiber block-off plates, Basseri decided to use the empty space to house the necessary components. He carefully measured the dimensions of the opening, noting it's unique shape, width and depth, and sent those measurements to Jared Seganti of Seganti Metal Works in San Diego, Calif. Seganti fabricated an aluminum box that includes a front faceplate to match the factory RSX dash opening perfectly. Removal is as simple as twist-releasing the Rywire-built mil-spec harness under the console, removing three fasteners, and simply pulling the box out of the dash for inspection, repair or replacement. It's a clever concept and the fit and finish, thanks to Seganti, is factory-like.

An overview of the box and its components includes: A) Flasher relay; B) Main power bulkhead stud; C) Mil-spec accessory connector; D) Assorted relays for fuel pump, fan, ECU, etc.; E) Push/pull circuit breakers; and F) Switches for various functions that were later labeled for ease of use.

Here, Basseri unfastens the mil-spec harness that only takes a moment to disengage and can be done by feel, rather than having eyes on the actual connector.

The entire unit quickly slides into place and can be mounted in mere seconds.

Built for competitive use, this RSX's power source is an ITB-equipped, all-motor setup, shown here with an ITG filter assembly. 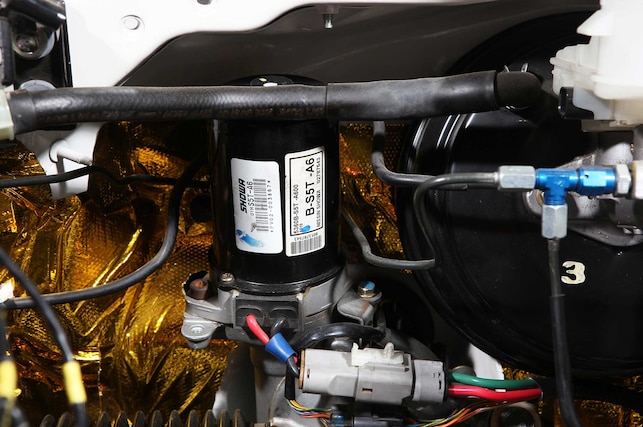 A Rywire mil-spec engine harness running through the RSX's firewall and finished off nicely by a Rywire connector plate.

A Racepak digital display was also incorporated into the build.

Slick ignition relocation to the left of the steering wheel where factory controls, now discarded, once resided.

Rywire engine harness running to a set of RC injectors 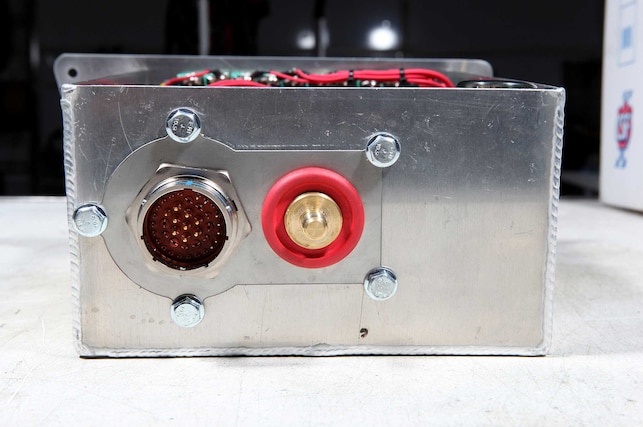 The back of the aluminum box: on the left is the mil-spec harness mount, and on the right the main power bulkhead stud. 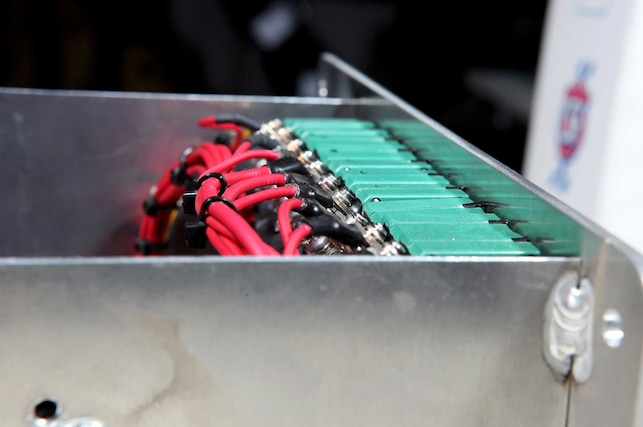 Side view of the multiple push/pull circuit breakers 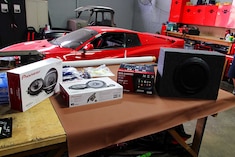 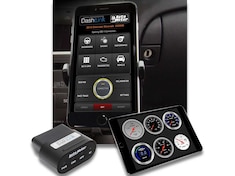 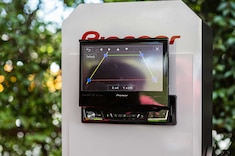 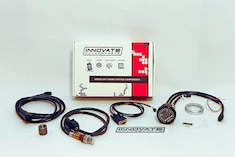