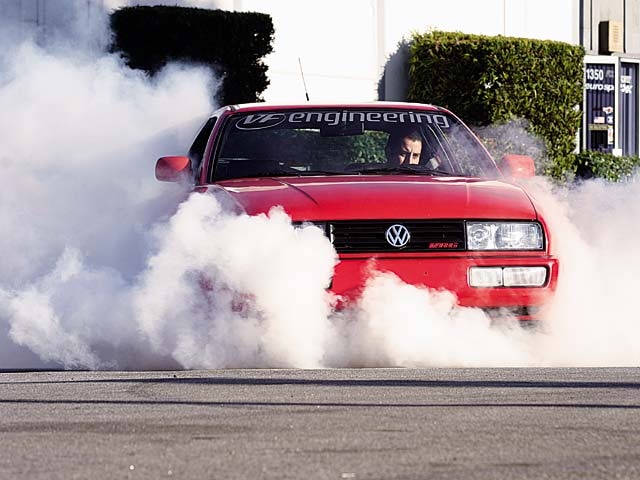 It's Friday night and Lisa starts playing "footsies" with me. She's got her special jammies on and that means one thing--I'm in for some action. Things are going well until I hear the unmistakable sound of a VR6 cruising up the street. Its tone is a bit different, however. It's quieter, with a faint mechanical purr. I had left Project Corrado with VF Engineering earlier in the day but had to leave for a photo shoot. Jeff and Craig from VFE were dropping it off so I could shake it down over the weekend. 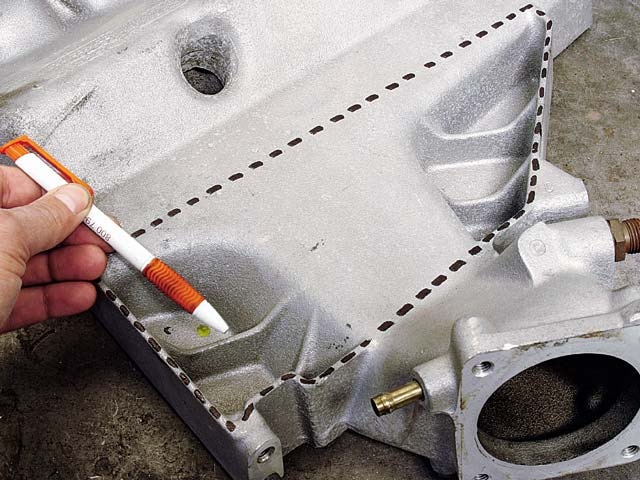 Photo 2/12   |   This is the section of intake manifold used by the Eurospec unit. Basically, you cut the ribs and main runner and cap the entire thing off. It ain't pretty, but it's very effective.

After their departure, I went back to the sofa to pick up where I'd left off. It was hard to concentrate. I had to go outside and at least look at it...you know, make sure it wasn't leaking or something. Nope, no leaks. Everything looked beautiful.

Back on the sofa, I got back to business, sort of. With one hand on the wife and both eyes on Project Corrado, it became apparent I'd need to make a choice--this sort of multi-tasking was beyond me. Two hours and several hundred miles later, it was obvious I chose the right path. Few things are as satisfying as a supercharged VR6 Corrado. The original plan was for the engine to remain normally aspirated and wring as much as possible from the stock layout. Had I stayed on that route, the Corrado would have been fitted with a lightened flywheel and a Schrick variable-length manifold. Although the net result of these mods would have had a negligible effect on peak output, they would have optimized the existing power and left the VW with a more responsive torque curve. Every good Volkswagen tuner has a lightened flywheel, but only a few carry the Schrick manifold, partly because it's terribly expensive, and when folks find it does not increase peak power, they usually pass. That's a shame, because it's a nice piece of work... pricey, but nice. 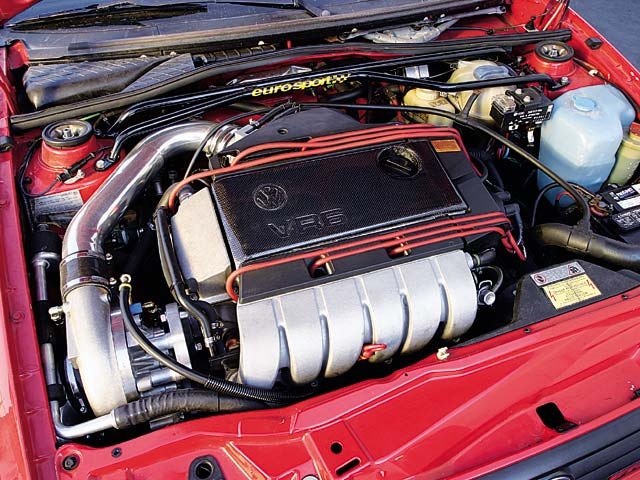 Photo 3/12   |   The VF Engineering supercharger in the engine bay. It's a beautifully engineered system with a layout that's much the same on any MkIII Volkswagen.

A good alternative to the variable-intake manifold is to optimize the existing unit into a design that closely replicates the factory's Euro-spec 2.9 VR6 manifold. Basically, it involves utilizing the wasted space beneath the manifold to give it nearly twice the flow capabilities. A hogged-out throttle body (Jeff Moss, formerly of Velocity) also would have provided even more air flow.

Vik Kazanjian of Eurosport has become something of the guru of normally aspirated VR6 performance. His stealth VR6 Corrado is putting down 222 whp and 201 ft-lb of twist to the ground in a chassis that has been extensively modified for lightness and strength. The engine's displacement has been increased to almost 3.2 liters and includes custom pistons and rings, 276* cams, and a head and custom manifold that have spent many hours under the polishing grinder. It also includes Eurosport's entire catalog of bolt-on VR6 performance parts (intake, exhaust, underdrive pulleys, ECU, etc.). Few are likely to dig as deeply as Vik in the quest for more power. Luckily, there's VF Engineering, for guys like me who want more performance and want it, like, right now. 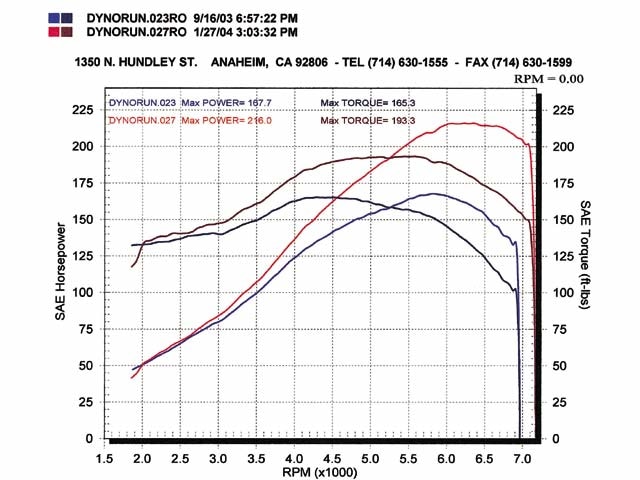 In less than a day, Project Corrado was some 30% more powerful than it was before, enriched with a glorious and yet very friendly power curve. The Corrado's dynamic behavior is unchanged, the only difference being that the car is much faster. The VFE system is a true bolt-on kit--no intensive surgery is necessary. The patient walks out the same day with a heckuva makeover.

I've know Nik Saran of VFE for more than a decade and was a big fan of his previous supercharging system, which relied on the effective yet problematic Z-charger. 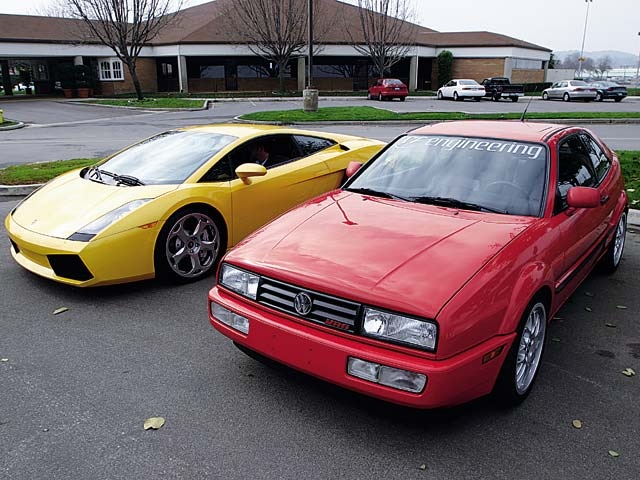 Photo 5/12   |   Project Corrado poses next to a Lamborghini Gallardo. He wanted to race for pink slips, but I told him I didn't have time to play around.

"We require all our supercharger kits to be effective and durable," said Nik. "The Swiss-made ZR01 supercharger was good, but the suppliers did not give us the support we demanded. We have since begun a relationship with Vortech, a domestically grown system with superb performance, durability and customer support."

The beauty of the VFE supercharger kit is twofold: One, it's very easy to install; two, it's the most cost-effective method to increase an engine's output. Moreover, the VFE includes everything you need to get on boost the moment it arrives. The kit includes the Vortech VF9 supercharger, VFE mounting bracket, VFE intake, OEM serpentine belt, polished ceramic aluminum-coated pipework, Bosch bypass valve, oil lines, Samco hoses and all the necessary clamps. 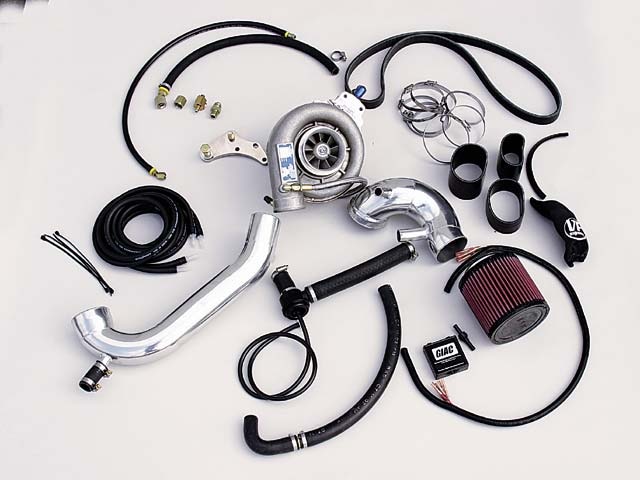 Photo 6/12   |   The VFE supercharger in its entirety. The kit comes with everything needed to be on boost in less than a day. The VFE system can also be modified to include a polished finish and aluminum bypass valve.

The VFE supercharger system is driven off the crank, from the same serpentine belt driving the alternator and other accessories. The Vortech V9F supercharger is bolted to a factory mounting point on the engine via a heavy-duty billet-cut bracket. A new, OEM serpentine belt makes its way over the stock pulleys and around the blower pulley. The stock air intake box is replaced with a K&N open element and relocated just beneath the headlamp. The carbon canister is also relocated to the opposite side, attached to factory-prepped mounting points. The electrical lines to the MAF need to be lengthened, as the sensor is relocated further down the intake tubing. Perhaps the most involved part of the installation is tapping the oil pan for the oil line feed. It took about 10 minutes.

I watched as Craig, a VFE technician, did the install. Although my mechanical skills are limited, the procedure was easy to follow and didn't appear to be beyond the average home mechanic. VFE suggests a 6- to 8-hour installation at any of its nationwide dealers. 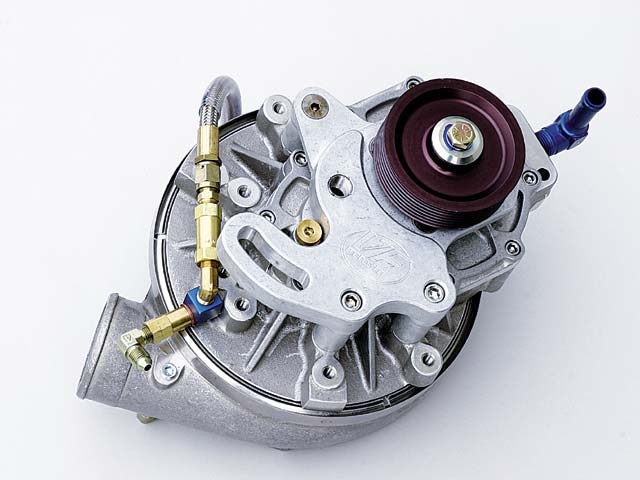 Photo 7/12   |   VFE uses the Vortech V9F spiral supercharger, a bulletproof unit warranted for a year's worth of unlimited mileage. You can also opt for a 2-year warranty for a nominal fee.

In Stage I trim, the VFE supercharger produces about 6 psi with the blower spinning at 40,000 rpm. VFE recommends synthetic oil, such as Mobil One in a 10/30 vintage. It also suggests giving the supercharger time to warm up before getting into hard boost. After the first 300 miles, it's necessary to retighten the serpentine belt, as normal stretching will occur.

Mechanically, the VFE Supercharger system is beyond reproach. Despite the limited space within the Corrado's engine compartment, everything fits perfectly, and there are no clearance issues. The VFE system looks like it was born there. But all this mechanical goodness would be wasted without the proper software. VFE wisely sourced the ECU management chores to GIAC, which developed the programming specifically for this application. Garrett Lim of GIAC spent some six months developing the program, paying special attention to overall driveability rather than simply shooting for peak power. GIAC also increases the rev limiter to 7000 rpm and removes the top-speed limiter. The result is what you'd expect from a factory program. The car idles perfectly, has terrific part-throttle response and goes like a cat on fire whenever required. 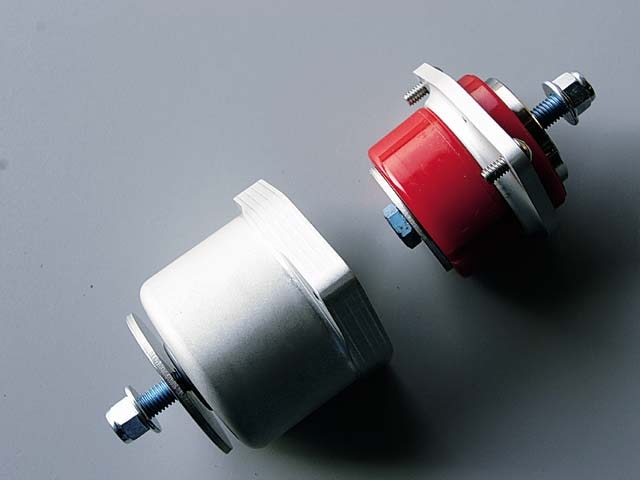 Until recently, forced-induction systems for the VR6 were limited largely to custom one-off setups. I've driven a few VR6 turbos (both 12V and 24V) and walked away scared. Although a turbocharger will likely give you a bigger dyno number, try driving one of these monsters on a daily basis. Frying the tires mid-turn in third gear quickly loses its appeal. Moreover, the VR6 is known to run hot, and a turbo system can exacerbate the situation unless steps are taken to augment cooling capabilities. Yes, turbos are effective, but they usually end up costing twice as much as you think. Moreover, Project Corrado has 140k on its clock--too much boost, and I'm looking at a rebuild.

I've already put 600 miles on Project Corrado, and it continues to run flawlessly. The VFE is a rock-solid piece of engineering and should give years of terrific performance. There are hundreds of VFE supercharged MkIII VWs serving as living testament. During a recent shootout at Pomona Raceway, I put Project Corrado on the 1/4 mile track. Despite a crummy launch (I fried the tires through the first two gears), Project Corrado managed to pull off a 14.8 at 99 mph. I'm certain there's a few tenths left, but drag racing ain't my thing. Considering the Corrado baselined at 16.1 sec. at 87.6 mph, that's one hell of an improvement. I've seen 153 mph on the top end, a number that was rpm limited. With different gearing, I'm fairly certain the Corrado could do a buck-sixty. 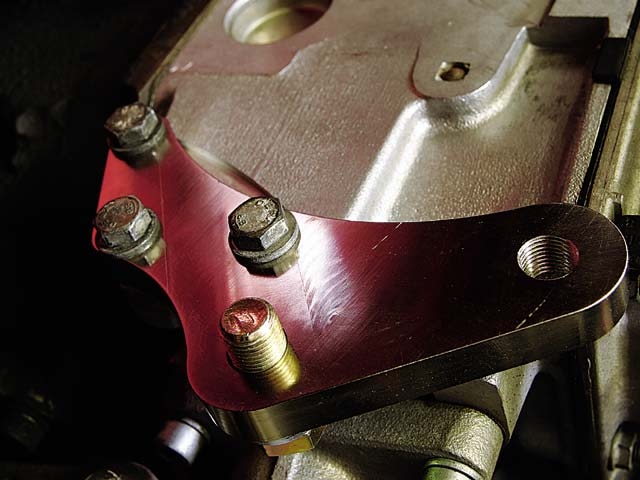 A few more things are going to happen to this VW before it's officially completed. A Quaife limited-slip differential is going to see that all the extra horsepower is put to good use. I'm also planning on bumping the VFE supercharger system to Stage II trim, which includes a new 8-psi pulley, uprated injectors and bypass valve, and a new GIAC ECU. The VFE Stage II system should be good for another 30 hp or so.

Project Corrado is without question the best car I have ever owned. I loved it in stock trim, and I love it even more with the VFE supercharger system. However, I'd better reallocate some of that love to the wife before all my stuff lies smoldering in the front yard.