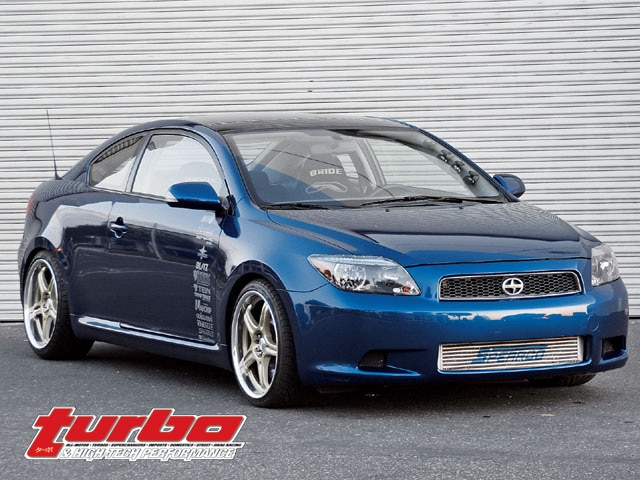 Admit it. Horsepower's an issue with you. You want more, you're just not interested in spending the big bucks you know you'll need to. You're also looking for that power increase to be reliable.

But you're smart, and you know that reliability is often relative to how much you spend. You want that power increase to be safe, so you've got to address how you'll control important stuff like fuel delivery and spark timing, otherwise you'll end up with expensive problems. Up until a few years ago, you'd find yourself caught between two extremes when it came to engine management: 1) you'd either shell out for a stand-alone system that would jeopardize whether or not you'd be able to eat for the rest of that month; or 2) you'd make due with the factory PCM despite its limitations and narrow tuning window, if any. One was expensive and reliable, the other cheap but half-assed - neither was all that great. 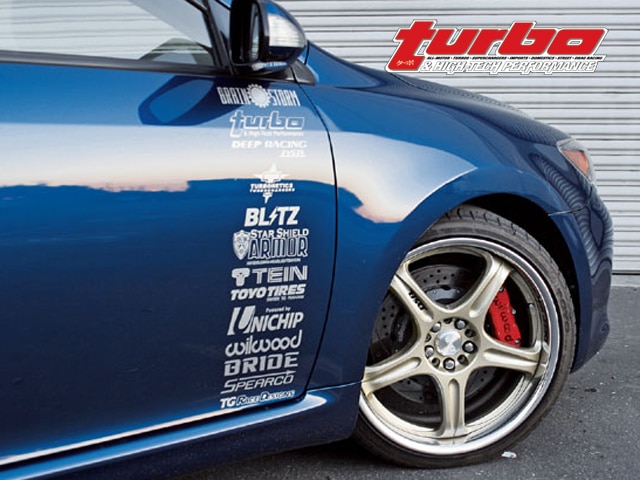 A lot has changed, at least when it comes to engine management. You could say the aftermarket industry has anteed up. But while the number of pricey and complex stand-alone systems has multiplied over the last several years, as have OEM PCM tuning possibilities, a new segment of engine management has made an impact - we're talking about piggyback systems. Call it engine management for the smart but money-conscious. GReddy was one of the first to release these middle-of-the-road type systems under the guise of the e-Manage. They've since one-upped themselves with the introduction of the e-Manage Ultimate. This month we see how Project tC responds to GReddy's latest PC-tunable box.

Ever since we fit our custom Turbonetics-based turbo kit to our slushbox-equipped tC, we've been plagued with drivability issues. Let me clarify, so as not to understate the situation: the tC was almost impossible to drive. The 60lb/hr fuel injectors we anticipated needing for our full 8psi of boost on the top end doused the engine with fire hose amounts of gas under both part load and no-low boost conditions. We expected as much, seeing as how the new injectors flow almost twice the amount as the stock ones. We tried another manufacturer's piggyback solution; unfortunately, as promising as the unit appeared, it still needs some massaging. Back to the drawing board. We've used GReddy's e-Manage in the past and we liked it, so the decision to use the more refined e-Manage Ultimate was easy. 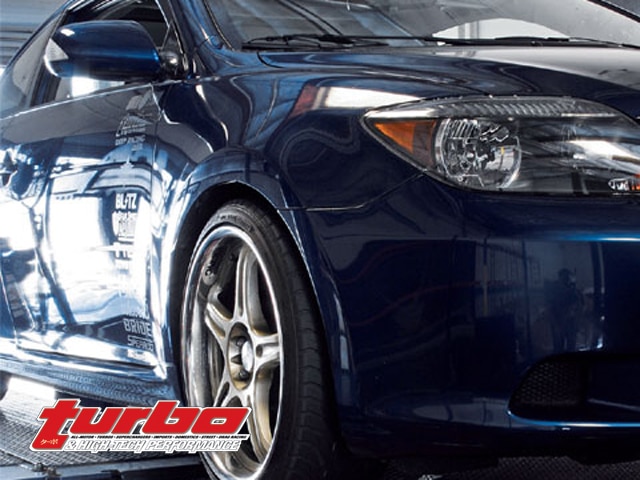 Hooking up the e-Manage Ultimate is fairly simple also. We didn't have access to the tC's service manual when we installed ours, and it didn't matter. GReddy provides wiring pin locations for most popular Japanese PCMs in their instruction manual. Lucky for us the ones for the tC were in there. To get the system up and running we only needed to splice a dozen or so wires into the tC's computer harness. This configuration allows the e-Manage to serve as an intermediary between the factory PCM and the fuel injectors or airflow sensor for example - a piggyback. The unit works with all of the engine's original sensors, so there's little work to do under the hood besides disconnecting and reconnecting the battery ground.

We did have to set a few parameters within GReddy's software before we could fire up the 2AZ-FE though. It sounds complicated, but it's really about as hard as selecting the code "2AZ-FE" from a drop-down menu. Easy enough. Displacement, airflow sensor type, RPM signal, crank signal and other values are all automatically set. All we had to do next was input our 630cc/min injector size, and we were up and running. 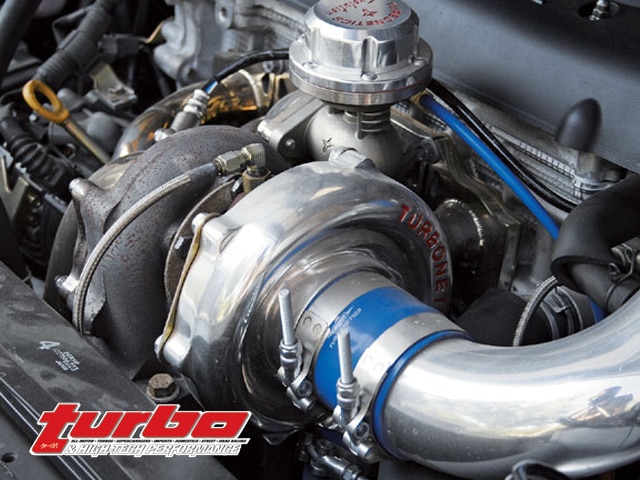 The e-Manage Ultimate does a bunch of cool stuff - stuff you might only expect from one of those higher-dollar stand-alones we mentioned earlier. The unit is PC-tunable, which is a good thing. For one, we're not inputting changes or reading data from a little box stuffed into the dashboard. We're able to make all of our adjustments and import and export data right from our laptop. The PC-based software also allows for a wider variety of functions for the e-Manage, including 16x16-cell maps for fuel and ignition. Besides fuel injector pulse width and ignition timing adjustment, there are also maps for adjusting the airflow sensor. We concentrated mostly on trimming fuel across the board on Project tC. Using the trace feature, we recorded dyno runs and hot laps on the street for easy view back and tuning. Too rich? Follow the trace along the map and decrease fuel little by little in the highlighted cells. The maps are based on engine RPM on one axis and airflow sensor voltage on the other. Before making an appointment to strap the tC to the dyno, we made more than a few of those hot laps around our neighborhood to get things close. With the help of an AEM Wideband UEGO Controller and some close monitoring of the spark plugs, we were able to clean up the tC's rich condition and get it to idle perfectly - all before hitting the rollers. 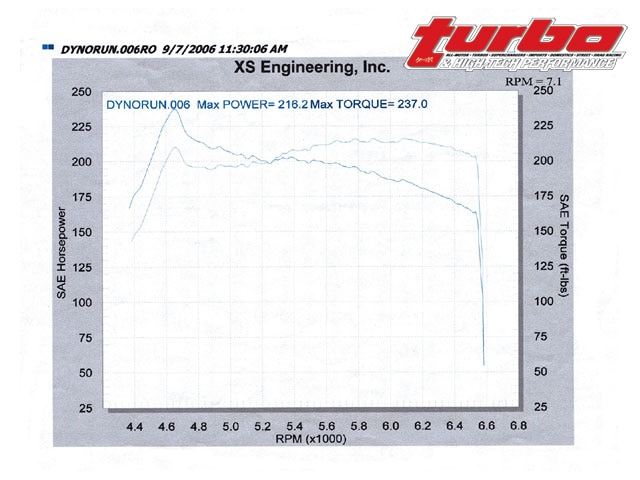 We requested our UEGO controller from AEM, since it comes with the Bosch Oxygen sensor. The Bosch sensor is accurate to 0.1 AFR according to AEM and comes pre-wired to the gauge. All we had to do was weld a bung to our downpipe, power up the gauge and we were in business. We choose to use the Bosch Universal Exhaust Gas Oxygen sensor in lieu of tapping into the tC's OEM sensor for one reason: it's more accurate than the OEM switch-type sensors that face the parameter constraints of the factory PCM. On the dyno, we compared AEM's results with those of our more expensive Motec air/fuel meter. The results surprised us. In comparison to other air/fuel meters we've used in the past, AEM's is extremely quick and accurate.

Before installing GReddy's e-Manage, clean dyno pulls were out of the question. Driving up hills and idling were, at best, challenging. On XS Engineering's dyno, the best we were able to muster was 170hp or so, and getting anywhere near the rev limiter clearly wasn't happening. We realized that the tC PCM's fuel map needed to be detuned for the larger injectors, we just needed a way to do it. With the e-Manage Ultimate, we trimmed fuel at idle and under part load and low boost conditions. It worked.

Our drivability is back and the tC is pretty quick, kind of. There's still not a five-speed under the hood. Under max-boost conditions - about the 4500rpm range and above - we increased the injectors' pulse width to maintain a conservative 11.5:1 air/fuel ratio. The results allowed for a fairly consistent power curve from that point to redline. With some fine-tuning of the e-Manage, we soon measured in at just over 216hp, but, more importantly, the car idled like it did with its stock injectors. But, we were excited about the torque. The tC peaks at 237ft-lbs at 4700rpm - just enough to trick you into thinking this automatic tC is quicker than it really is.