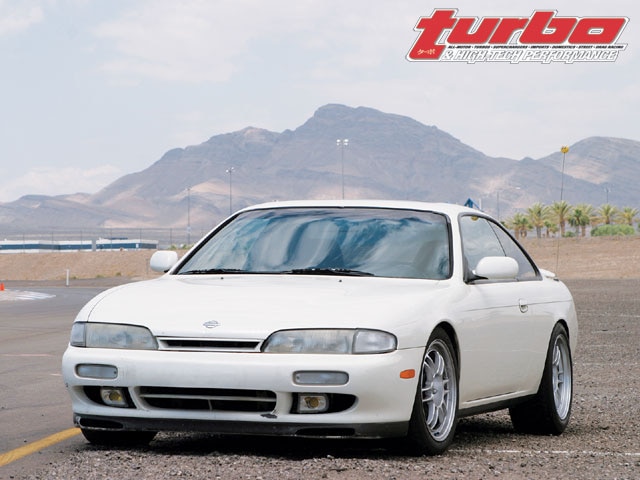 It's been awhile since our Nissan 240SX has graced these pages. This is somewhat ironic. For a vehicle that is slated to have more work done to it and be fitted with more parts than pretty much any of our other project vehicles, it's actually received the least amount of coverage as of late. As they say, good things come to those who wait. 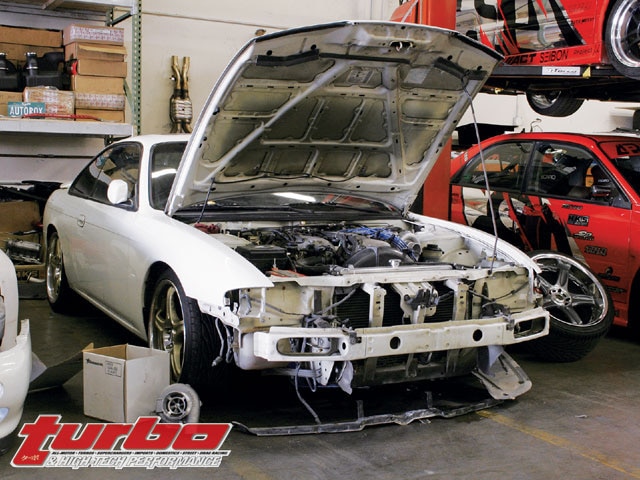 Photo 2/5   |   The technicians at SP Engineering are in charge of turbocharger fabrication for Project 240SX. We're in the midst of a turbocharger/frame conflict right now. The turbocharger on the ground is the one we want to use, but it doesn't fit. Yet.

There's actually less to Project 240SX than when last seen. At least for now. Let me explain. The KA24DE's oil pan is off, as is its DC Sports header and AEM intake. That's right. Project S14 is undergoing a turbocharged makeover as we speak. At the heart of the custom kit will be a Garrett ball bearing GT3071 turbocharger and all will be orchestrated by an AEM EMS. The Garrett GT3071 is nothing short of badass and is good for way upwards of 400 hp. The compressor side features a large 56-trim, 71mm wheel and .60 A/R housing. The GT30 turbine wheel is 60mm in diameter and is fit inside various housings ranging from a quick spooling .63 A/R all the way up to a fairly large 1.06 A/R. SP Engineering in nearby City of Industry is heading up much of the fabrication process for us, including mounting our Garrett front-mount intercooler, welding on end-tanks, and fabricating an exhaust downpipe as well as intercooler piping. Garrett's GT turbo will ultimately bolt up to one of Full Race's work of art, stainless steel manifolds. Full Race's KA24DE turbo manifold is TIG welded and features one of the nicest looking merge collectors we've come across. While many have tried to coax us into the more popular, factory turbocharged SR20DET, it's KA24DE all the way for us. Why? Because we can. Well, not exactly. With so many neglected KA24DE's roaming the streets, it's time somebody stepped up and gave the so called "truck engine" what it deserves: a little attention.

There's much in store for Project 240SX besides the custom, Garrett-based turbo kit. Soon it will sport a new paint job, a built engine, possibly a custom intake manifold-and we aren't ruling out the idea of strapping on an even larger turbo from Garrett once power's maxed out. Only time will tell. 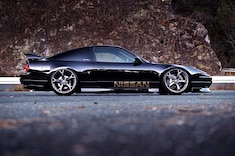