We are proud to announce the involvement of Lowrider Magazine in the Castrol Top Shop Challenge.

This challenge will be taking place between the following magazines: Eurotuner, Import Tuner, Modified, Sport Compact Car, Super Street, Turbo and, your favorite, Lowrider Magazine. The purpose of this challenge is to see who can build the best engine that can work for the magazine market. With the guidelines set, we made a game plan and partnered up with GM Performance and Ace Machine to put together one of the baddest big-block engines to be assembled for a Lowrider. 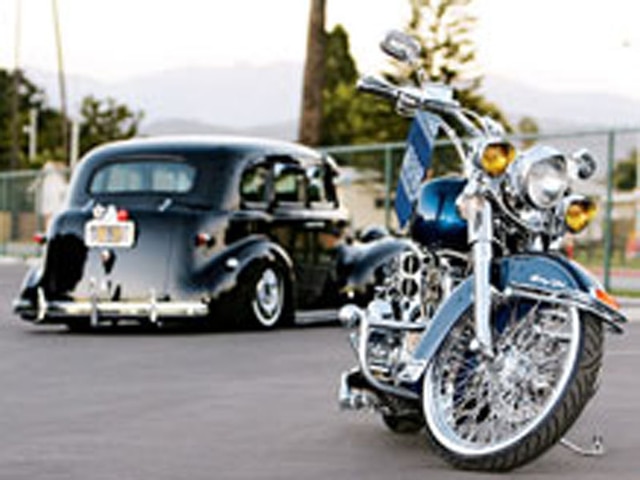 Program Overview:
The Castrol Syntec Top Shop Challenge is an engine build-up competition that will involve up to seven selected Source Interlink Media titles and will include editorial coverage and online visibility. The online coverage will allow you to see the Lowrider engine being built. While on the site, you will also be allowed to vote for your favorite shop and/or engine.

The Shop: Ace Machine
We're using Ace Machine in Riverside, California. This shop should sound familiar as it's been the backbone to performance engines in Lowrider for the past year. With that said, the partnership and chemistry between us and shop owner Jerry Stettler is ready to be taken to the next level. Jerry has been in the game for most of his life. He started wrenching at the age of 18, and after years of working for somebody else, he opened up shop and the rest has been history. Ace has 20 years of engine building experience so Jerry's seen many engines, domestic as well as import. With experience building the 1.6-liter 4-cylinder Honda that can produce 530 horsepower and run the 1/4-mile in the low 11s, we know that Jerry's the perfect candidate to build our Lowrider engine.

The Engine: ZZ427 - All-New 427 Big-Block
There are few engines that conjure up images of greatness like the 427 Chevy big-block. New to the GM Performance Parts lineup, the ZZ427 big-block crate engine brings back all of the good things that you remember about the 427 with a few modern upgrades. With an updated cast-iron block, 9.5:1 final compression ratio, and aggressive hydraulic roller camshaft, the ZZ427 offers you outstanding performance while still living on low-octane fuel

Buildup Plans:
Plans for the GM Performance crate engine include taking it completely apart and making it even better. From internally to cosmetic, this big block will have it all. The engine is going to be candy painted in a custom finish. Once painted, the big-block is going to be dressed up with billet and chrome. We're going add spark with a bigger distributor, and we will be fl owing oil through a Milodon oil pump and oil pan system. We will also be using a hydraulic cam, lifters and rocker combination that normally helps create horsepower. The goal is to build up the engine in the way you would find it in the top Lowriders in the nation. We're going to have to produce an engine that will represent the industry to the fullest. With only a few weeks to put it together, we can't wait to see how this engine build is going to turn out. Remember to check out the build on the Web, but most importantly, remember to vote for your favorite “Lowrider”
engine.