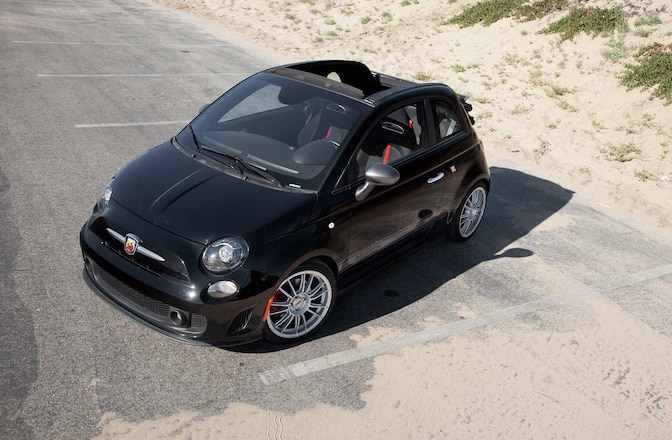 The Fiat Abarth is a bit of a tuner car right off the showroom floor. Compared to its stable-mate, this raucous compact's edges are far sharper and aims more focused. With that in mind, we sought out tuning products that offered factory levels of quality and refinement but also offered a performance edge.

Our particular Abarth has a rather healthy sticker price just north of $30,000 that included a set of forged 17-inch Abarth wheels. The Abarth wheels are light for a factory equipment weighing in at approximately 18 pounds. The factory chose a Pirelli P Zero Nero in 205/40-17 as the only option on the car. We found the Pirellis to be plenty sticky, but the ride was a bit harsh and break away was abrupt and catching the tire was also equally as abrupt. After talking to a fried at Tire Rack, we were told we probably wouldn't be able to find more maximum grip without going to a race tire, but we could definitely find different characteristics.

Although the factory wheel is light, we found a new wheel from Italian manufacturer Fondmetal that offered the same 17x7-inch size in a lighter package. The 9RR is a new design forged in Italy and meets all the rigorous standards for TUV approval. The multispoke wheel is just 16.5 pounds and has a slightly more aggressive 30 mm offset compared to the factory's 35mm offset. Essentially, it means the wheel sits 5mm further to the outside, increasing the cars track width by 10 mm. We considered a wider tire and wheel package, but after talking to several sources, we determined it required either rolling the fender lips or living with some tire rub. Neither of which sounded appealing to me.

Knowing that our 500 would probably never see anything more than a light drizzle, we chose a tire that would work well in canyon driving, commuting or at the track. The Falken Azenis RT615K has a UTQG tread wear rating of 200. The OE Pirellis were looking rather worn after just 10,000 miles and they carry a 220 rating. In fairness, we should have rotated the Pirellis at 5000 miles as the rears looked nearly new. The Falkens offered another 1-pound weight savings, not huge, but it all adds up in unsprung and rotating mass.

From the factory the Abarth offers a good compromise of ride quality and body control. With the car having a width to height ratio worse than many SUVs, we wanted to get the center of gravity down without compromising suspension travel. Bilstein offers its B14 PSS coilover kit for the Abarth that allows for 30-50mm, roughly 1.2-2.0 inches, of lowering and features monotube dampers with optimized length for the lowered ride height. The front struts are coated with Bilstein's proprietary Triple-C coating for corrosion resistance while the rear spring seats are machined from aluminum. The spring rates are substantially stiffer 315 lb/in in front compared to the stock 195 lb/in. In the rear, the stock rate is 220 lb/in while Bilstein uses a progressive rate spring that starts at 190 lb/in and ramps up to 370 lb/in.

The Abarth has a tendency to feel rather pointy on turn-in. You feel as though you're sitting towards the back of the car and you swing the nose around. One of the qualities that define a good driver's car is how it rotates. All the greats feel as though the entire car commits at once. On turn-in, you feel the car yaw around you with the nose diving into the turn and the rear responding rotating around the outside. This isn't oversteer, it's just the "rotation" you hear us refer to all the time. The Abarth doesn't have that and we are looking for it. To try and loosen up the rear a bit more, we've opted for the Neu-F rear torsion bar. While all anti-roll bars are essentially torsion bars, the Abarth has a unique set-up that ties the torsion beam suspension together with a common bar. The factory piece is 22 mm while the Neu-F bar is 28 mm in the center and tapering down at both ends.

While we were at Neu-F we also chose to pick-up a P-Flo system to replace the factory airbox and try out an exhaust system that uses a rear muffler. Surprisingly, the stock Abarth system is straight pipe with no muffler. The P-Flo is said to offer faster throttle response, more sound and we hope it frees up a couple of horsepower as well. It is beautifully made and best of all, is CARB exempt.

We love the sound of the factory exhaust, my neighbors however aren't as big of fans when I start up the crackling and barking tiny-terror before dawn. Also, the factory exhaust is just horrendous looking. Even with the car lowered, I had nightmares of other enthusiasts seeing what looks like an exhaust system made by a welding student his first day at school. The Neu-F exhaust puts the factory system to shame. It uses V-band clamps, mandrel bent tubing and is constructed of T304 stainless steel. The 4-inch polished tips look great sticking out of the rear diffuser the only downside is we don't expect it to make any noticeable difference in power. We looked into a few different options for adding more power to the car. We tried a hand-held flashing unit, but struggled with the thing for a couple of weeks before finally giving up. We ran into difficulties at quite literally every step in the process including the initial install of the company's software on a PC laptop. Immediately, we don't normally use PCs, European Car is Apple based and we have to imagine most owners buying a thirty-thousand dollar Italian small car are probably Cupertino fans as well. We thought about one of the piggy-backs on the market, but after talking to multiple people, even some with Fiat, we decided against those as well. If a better solution comes up in the future, we will gladly give it a look, until then, we might have to settle for slight power gains.

We will be testing the car shortly for performance numbers. We don't expect huge results, but we do expect the car to be far more enjoyable on a daily basis. Thanks to Aaron Neuman for the help with the install on all the parts. The car looks better and we will see if we've met our performance goals later. 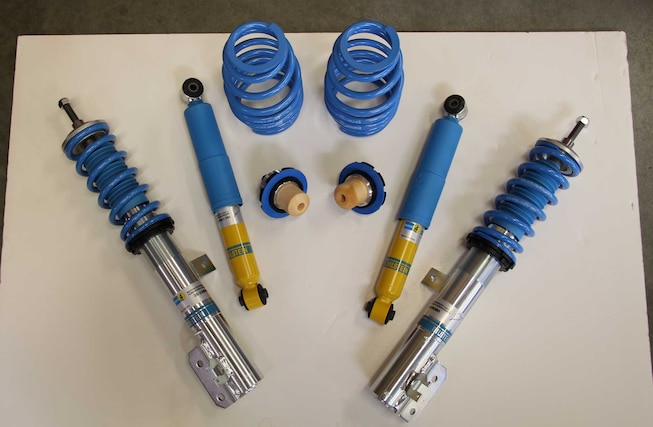 The complete Bilstein PSS B14 system ready for install. Average street price for this is less than $1,000. 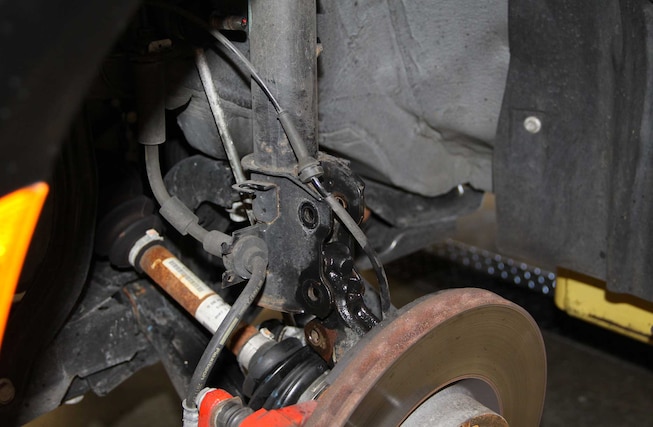 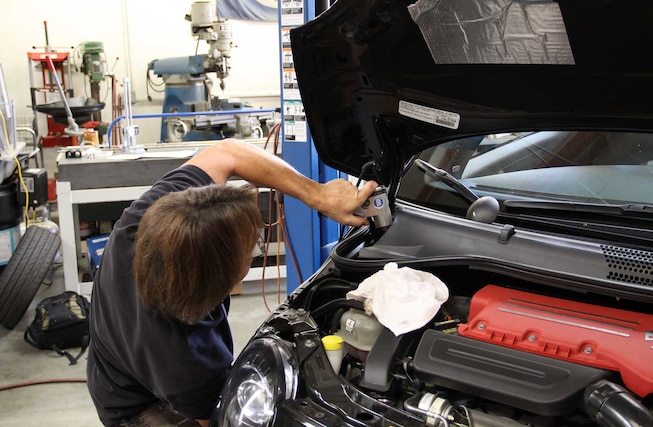 Aaron Neumann of Neu-F loosens the top-nut holding the factory strut in place. Once this is off, the strut can be removed making way for the Bilstein upgrade. 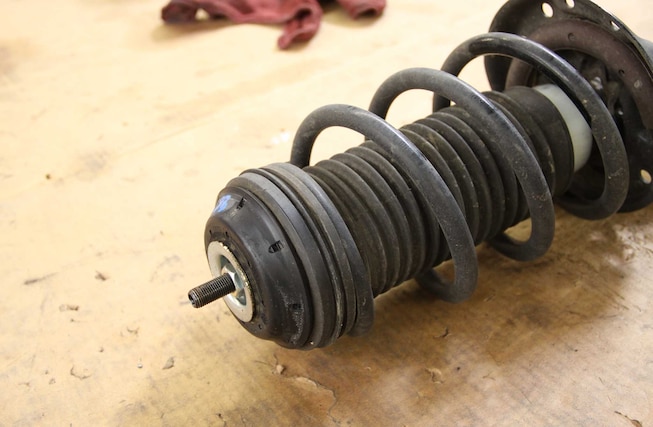 You will need to reuse the factory upper strut mount and bearing or better yet, buy new pieces to install on the new Bilsteins. 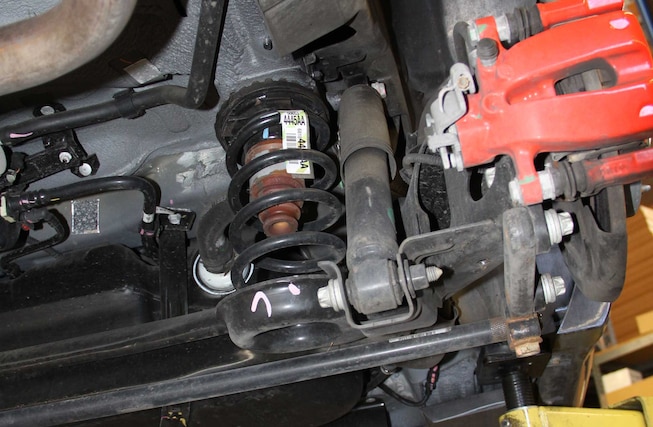 The factory shock, spring and torsion bar, again the installation process is straight forward and videos are available online that are far better than any instructions we can provide in writing. 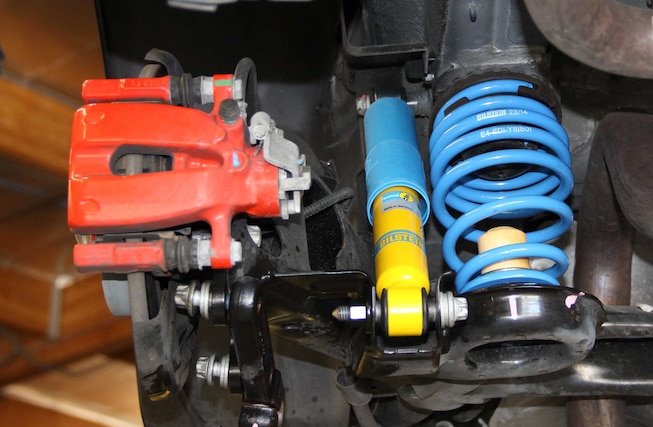 Bilstein shock and spring installed. The ride height adjustment is handled on the lower spring seat and can be done without any disassembly. 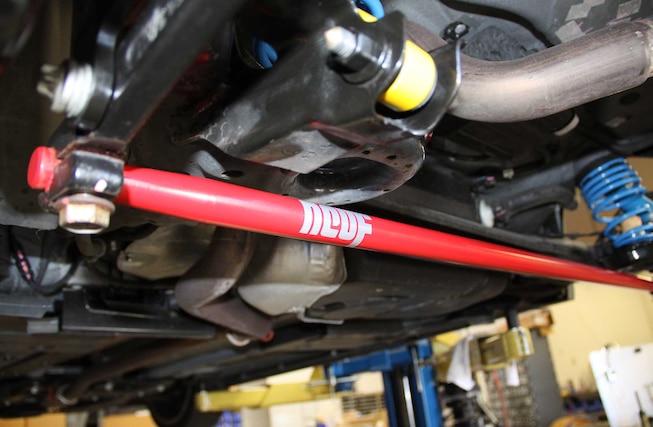 The Neu-F rear torsion bar is far stiffer than the factory piece. It looks better too, but it's the oversteer we're after. Retail straight from Neu-F is $169.95 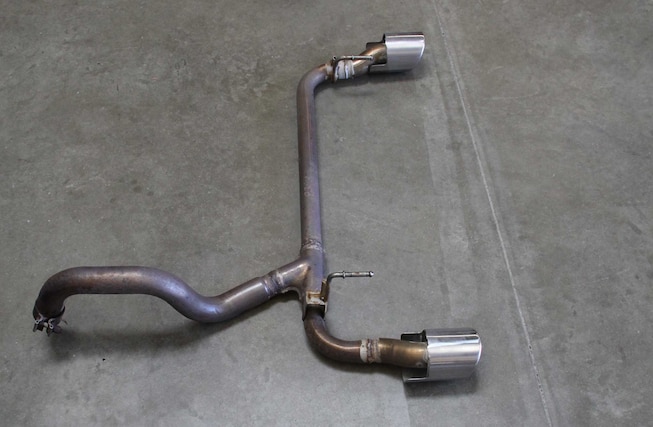 This is the factory Abarth rear exhaust section. No mufflers, ugly welds and bad bends. It does sound great and most people will never see it. 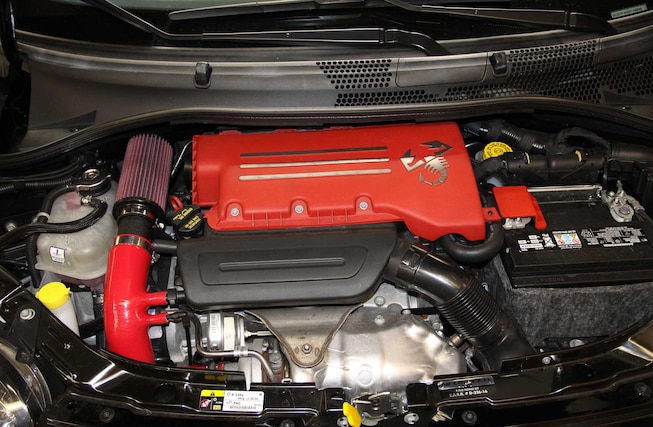 Not only will the Neu-F Pflo provide less restriction than the factory airbox, it will also keep us legal with a CARB approval sticker. $299.95 direct from Neu-F. 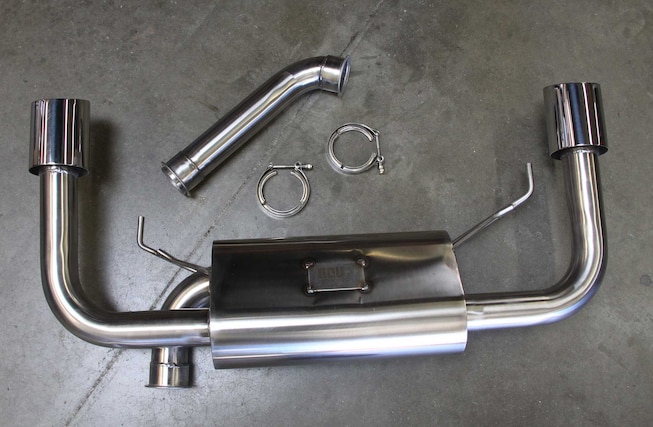 This is a quality piece on its own, but compared to the factory piece, it's Michelangelo's David. It will tame the Abarth's, and hopefully my neighbors' growls. $649.95 from Neu-F, which also sells a non-muffler version for $549.95 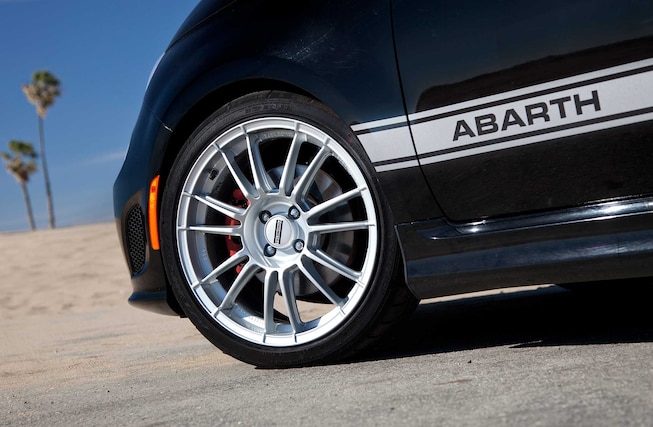 The Fondmetal 9RR gives the Abarth some sharper edges in wheel wells while the Falken Azenis RT-615K will give a little more grip. The Falkens can be had for $130 a piece from Discounttiredirect.com while we found the Fondmetals for $299 a piece at several online dealers.

European Car
Revel USA Digital & Analog Gauges
The never-ending hunt for power is a common one for project car builders and sometimes it’s so encapsulating, that we forget about the other crucial factors that can affect and even support those power goals. Capable braking and a dialed-in suspension come to mind here, but often neglected is engine monitoring from the driver’s seat
Rodrez – Jun 4, 2021

European Car
Mackin Industries provides the JDM goods from Advan Racing, Rays gramLIGHTS, Muteki, and more.
Mackin Industries, Inc., purveyors of the finest JDM goods that include the likes of Advan Racing, Rays gramLIGHTS, Project Mu, and much, much more, recently gave us an inside look at some of the new products on their roster. Some of these items will be available by the time you’re reading this, while others are
Rodrez – Apr 27, 2021