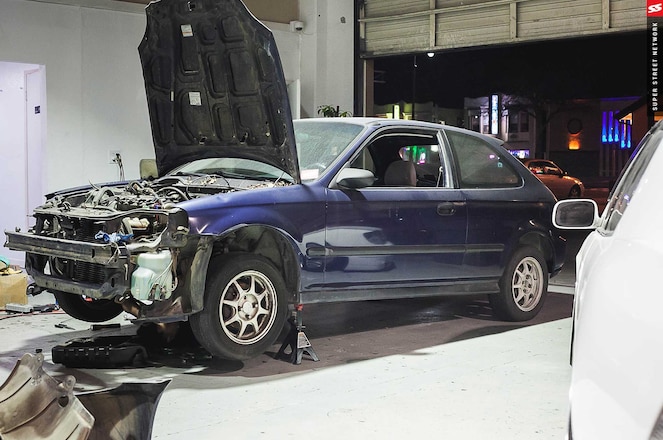 If you've put your project car on the back burner before, you're not alone... Whether you're busy with school, work, or maybe you have a high-maintenance girl who's takin' up all your time and money, there are many situations that force us to put a pause on the cars we set out to build. This goes for us at Super Street, too... Between all the events we attend, the constant traveling, magazine deadlines, and the other jobs we take on, things like our '99 Honda Civic, aka ATS*SS, are first to get put on the shelf. It's been an entire year since we introduced our hopeful hatch, and we're reluctant to report that it's still not done. But, thankfully, we have friends who came to our rescue and want to help us finish. So over the last couple of months, IP Auto Design and Priola Body Shop from the Bay Area have put us back on track with our ATS*SS build.

In the '15 Honda issue, we introduced this Civic and nicknamed it Project ATS*SS because one of our main build partners is ATS Garage. But what we didn't mention was the story behind the donor car. Originally, we found the EK collecting dust in a parking lot in Orange County. It had been sitting for a year and a half and needed some love and attention. So we picked it up for less than $1,500 and started compiling a list of parts to restore it. Our game plan for the motor was to swap in a Japanese-spec B16A. A good friend of ours referred us a to a white del Sol that had been rotting in the back of a body shop for more than six years. It had been rear-ended by a Hummer, ultimately totaling the car, but under the hood sat a reusable JDM B16A. A deal was struck and we had the two main ingredients for Project ATS*SS. 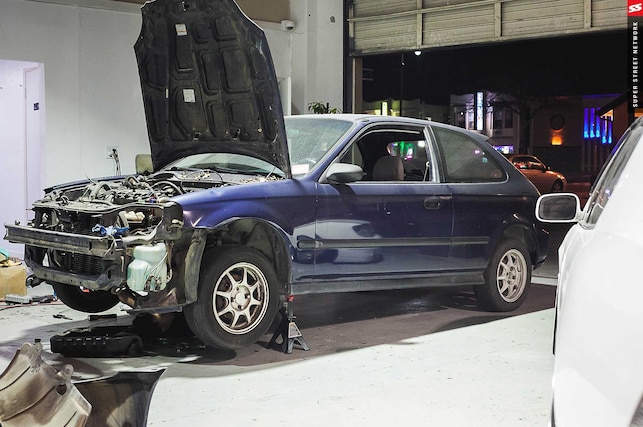 This '99 Civic has seen better days after collecting dust for nearly two years. 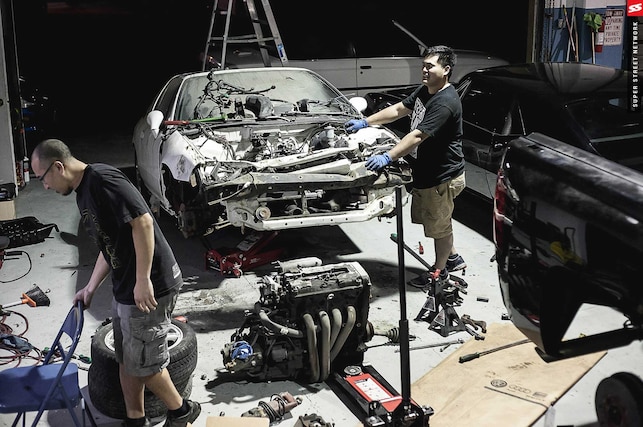 The wrecked del Sol that had been sitting for six-plus years. We were able to recover the JDM-spec B16A, luckily! 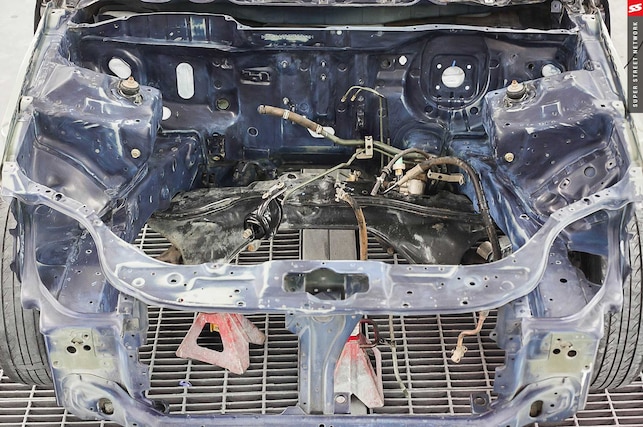 Since we acquired both donor vehicles, nothing was really getting done, until Carlin Chiu of IP Auto Design came to our aid. He was housing both cars for us, and during his free time, he stripped the EK to prepare it for paint, while also pulling both motors. From there, Priola Auto Body painted the EK shell BASF Porsche Fashion Grey. We're truly blessed with Carlin of IP and the guys at Priola. If it weren't for them, we might still be sitting on a pair of rotting cars. Stay tuned for the next update, and we promise, it won't take another year until it comes! 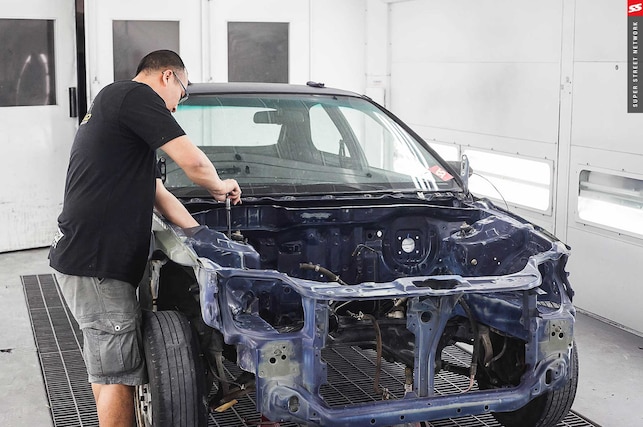 Carlin Chiu of IP Auto Design has been a key player in helping us get Project ATS*SS rolling. 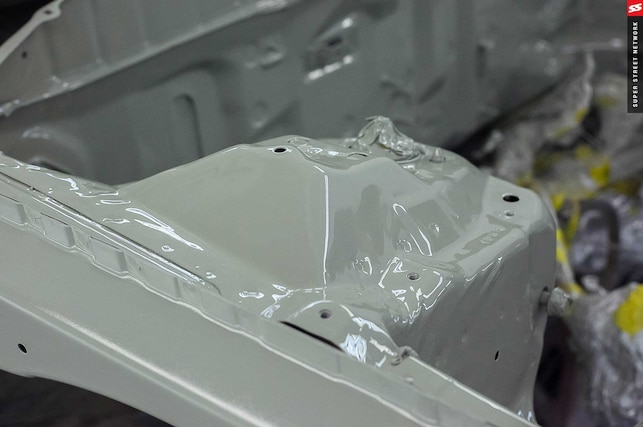 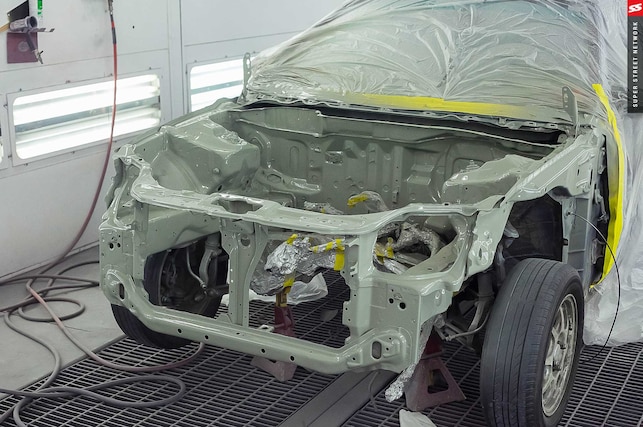 Fresh out of the booth, Priola Auto Body takes our EK to the next level with BASF Porsche Fashion Grey paint.

We've also been busy collecting some key parts for Project ATS*SS. The following are sitting in our garage, ready to install: 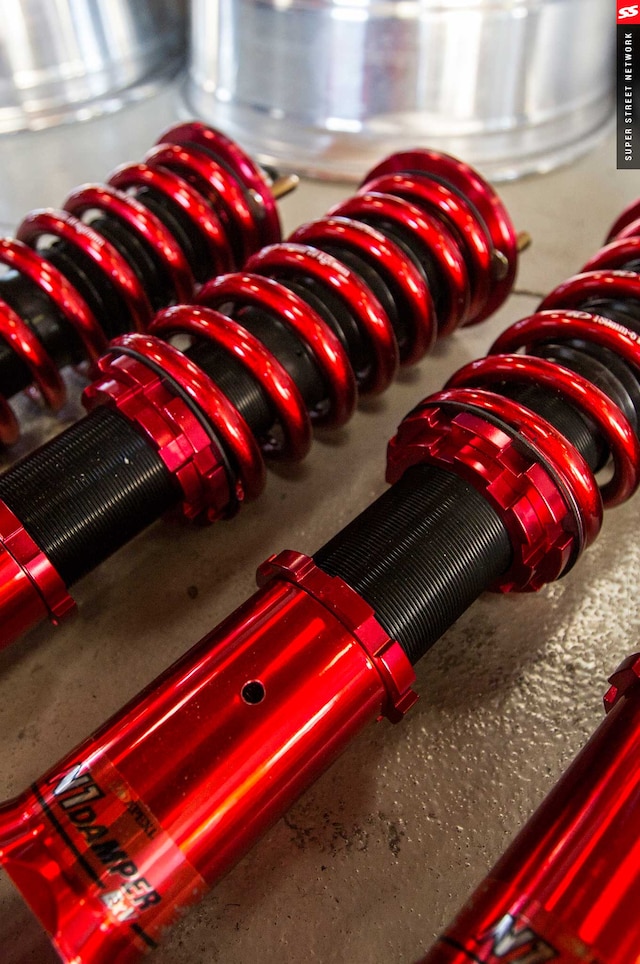 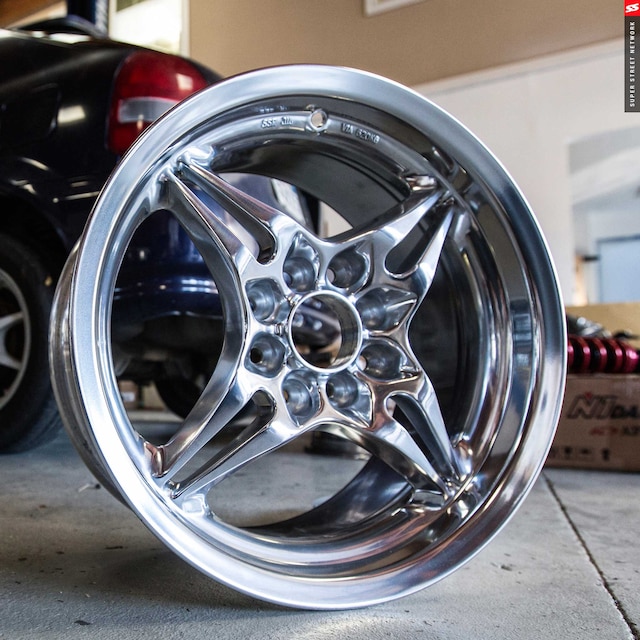 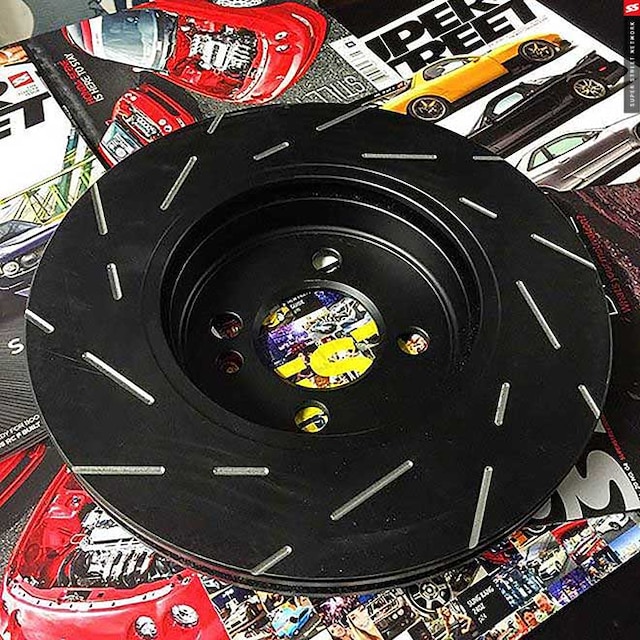 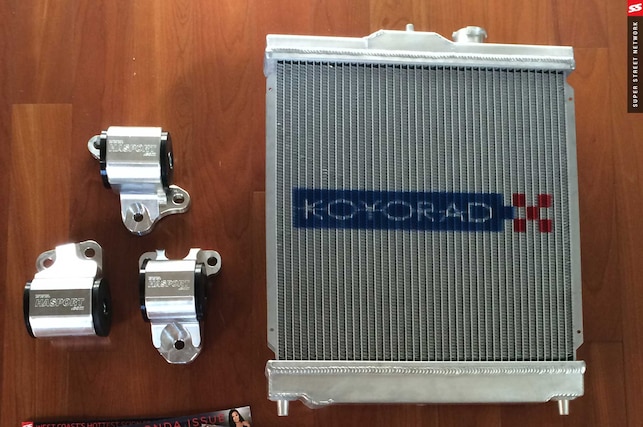