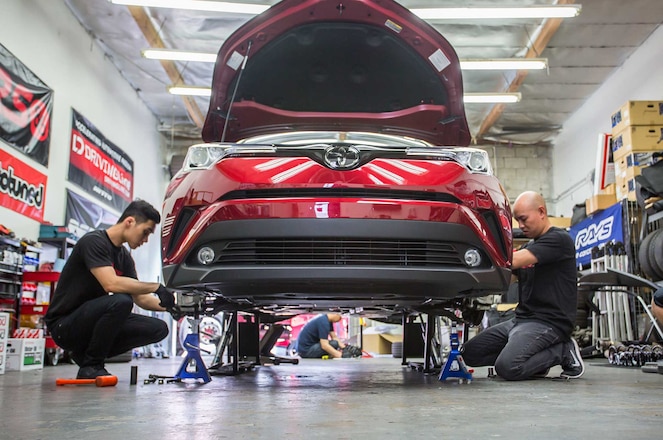 For any proper tuning timeline, suspension is one of the first things addressed. While the Toyota C-HR has only been out for a month in North America, Japan has already had the crossover since last year, and we've seen everything from a lifted TRD version to a slammed T-Demand example on air ride at the most recent Tokyo Auto Salon. While you can't deny air ride looks sick, Toyota developed the C-HR with a strong focus on handling. I mean, just look at what Gazoo Racing has done with it at the 24 Hours of Nurburgring race—a commendable 84th place in overall standings and a third-place finish in the SP2T class. So while we won't be taking our project C-HR to the 'Ring, we will be hitting the back roads of Los Angeles pretty hard, hence why we opted to contact our friends at RS-R to help with our suspension.

RS-R was already way ahead of the game and had designed its Sports-I coilovers when the Toyota crossover hit dealers in Japan last year. Ben Chong of RS-R explains, "We wanted to keep these coilovers in line with our beliefs of making suspension for the everyday driver who wants to achieve a certain look and performance without sacrificing ride quality." Although the North American C-HR is slightly different from its international counterpart, RS-R created a few design options that make their coilovers easier to tune, like being able to adjust dampening settings. 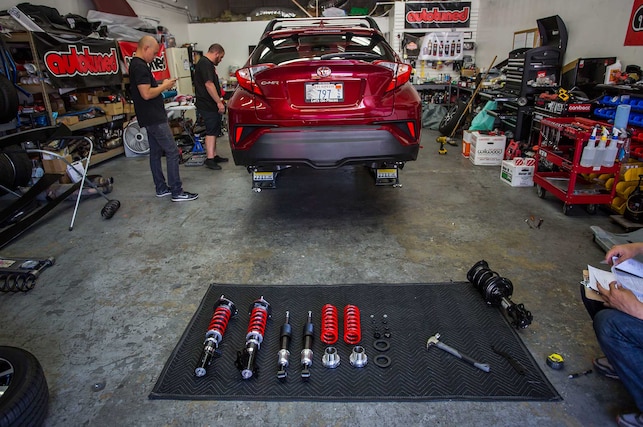 Photo 2/11   |   Young Tea and the AutoTuned crew about to do what they do best—make cars look amazing!

All RS-R coilovers use a monotube design and are hand-assembled to strict specifications, with laser-cut upper mounts and hand-welded lower brackets. Each kit also features vehicle-specific valving and 36-way adjustability for fine-tuning compression and rebound to tackle just about any driving condition. The spring rates are 6K both front and rear. A lot of thought went into making the suspension street friendly, and RS-R opted for high-quality urethane bushings to reduce excessive vibrations and inherent noise created by moving suspension components. Furthermore, roller bearings were incorporated to eliminate spring twist and any unwanted noise that might occur while turning the steering wheel. 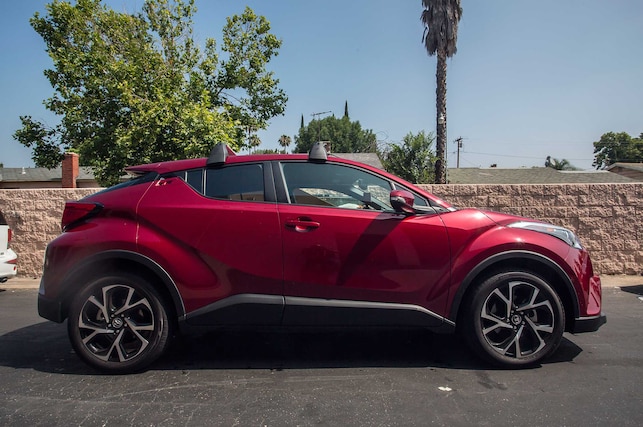 Be jealous—we get our hands on the very first set! We contacted our good friends at AutoTuned for the install and, despite being the test mule for the first set on U.S. shores, the install went down as smooth as Grey Goose. By the time you read this, these coilovers will be available for the North American market with an MSRP of $1,899. 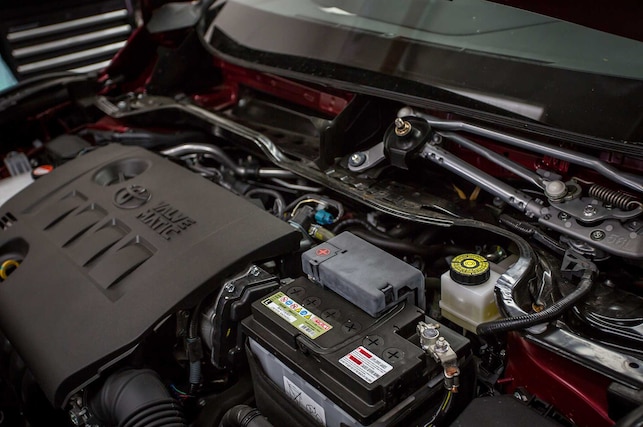 1. The first thing you'll need to do is remove the windshield wipers and hood cowl. Also, don't forget to unclip the ABS sensor wire from the factory shock. 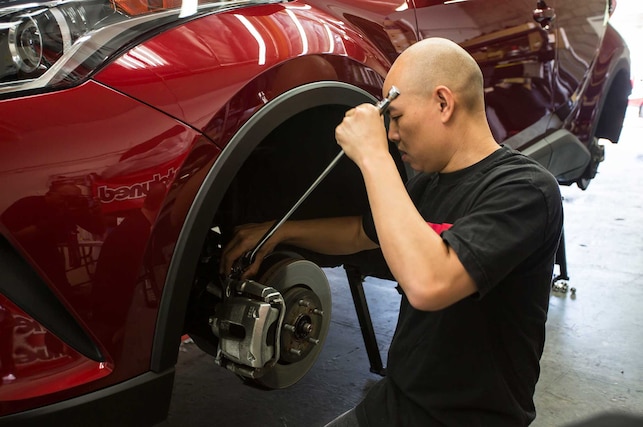 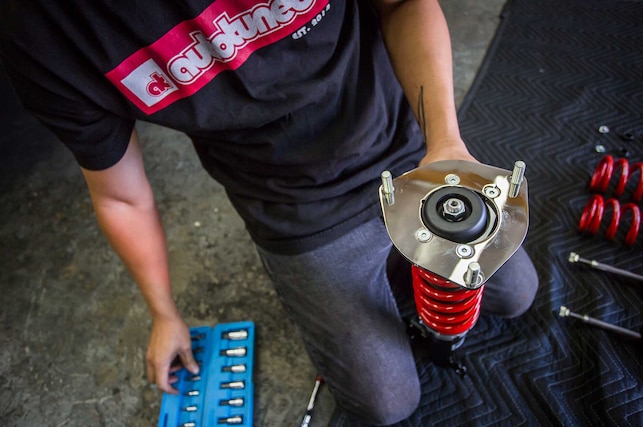 3. Once the factory suspension is removed, you can prep the new coilovers. RS-R has a proprietary feature that adds 1.5 degrees of camber if desired. It's as simple as removing the top hats with an Allen key. Flip the upper mount 180 degrees and reinstall the top hat. Boom—you've added positive camber. 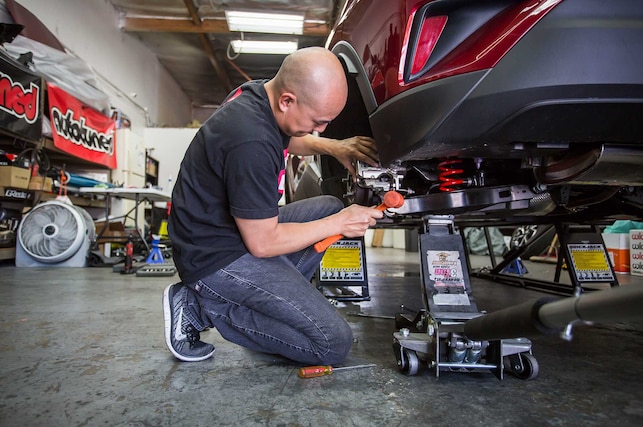 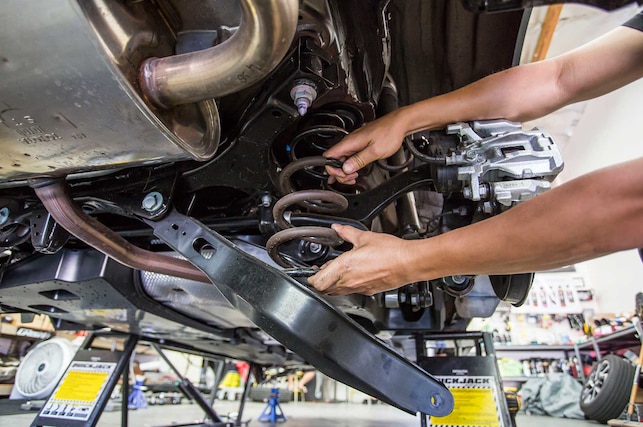 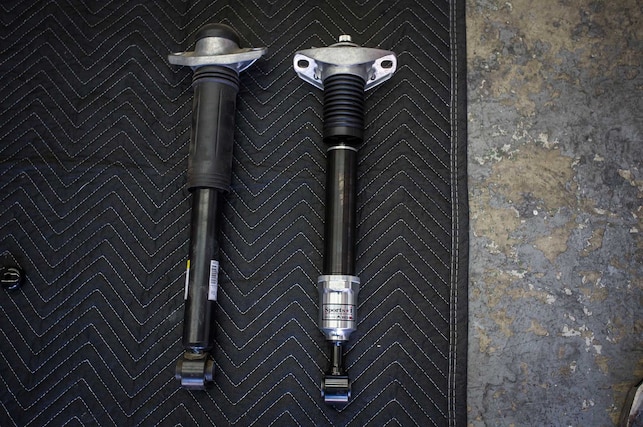 4. For the rear, use a jack to raise the hub assembly and remove the two 17mm bolts from the top of the shock and the 22mm nut from the bottom of the shock. To get the spring out, remove the 14mm bolt from the lower arm. Lower the jack to pull out the spring. You'll need to swap the top hats from the factory shocks to the shiny new RS-R shocks. 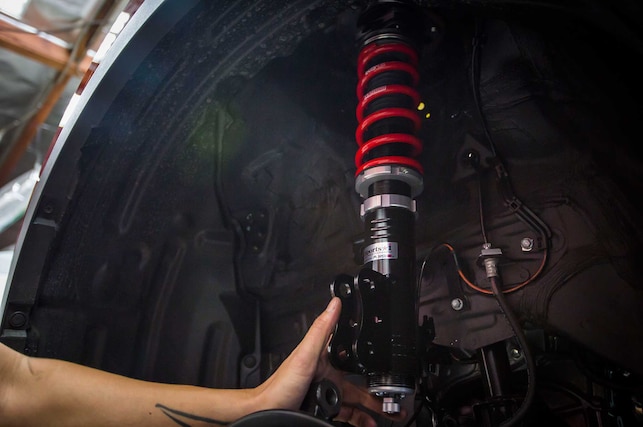 5. Before the minor changes RS-R made, you'd normally make the damping adjustment from the top of the shocks, but RS-R realized it would be a hassle since the hood cowl gets in the way. Because of this, the company designed the coilovers with the adjustment dial on the bottom of the coilover. 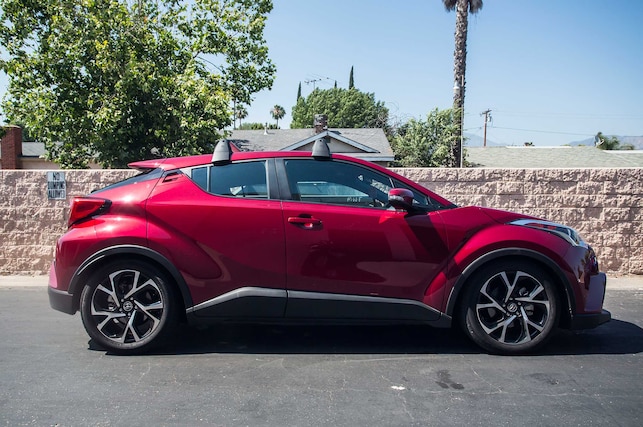 6. Lastly, install everything in reverse order and adjust ride height and dampening accordingly. It's important to set up an appointment for a proper alignment right after. For our C-HR, we've set the suspension to its softest setting for daily driveability. The ride height is nearly at its maximum lowest point, but the height can be adjusted in minutes from 15 mm to 50 mm. Think it's time for wheels and tires next! 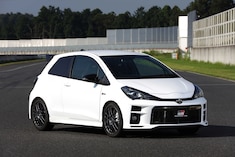 Toyota will launch the GR Series sub-brand in a move to add more sporty cars to its Japanese market lineup. Get the details here! 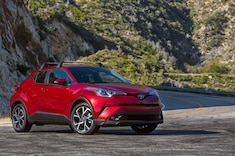